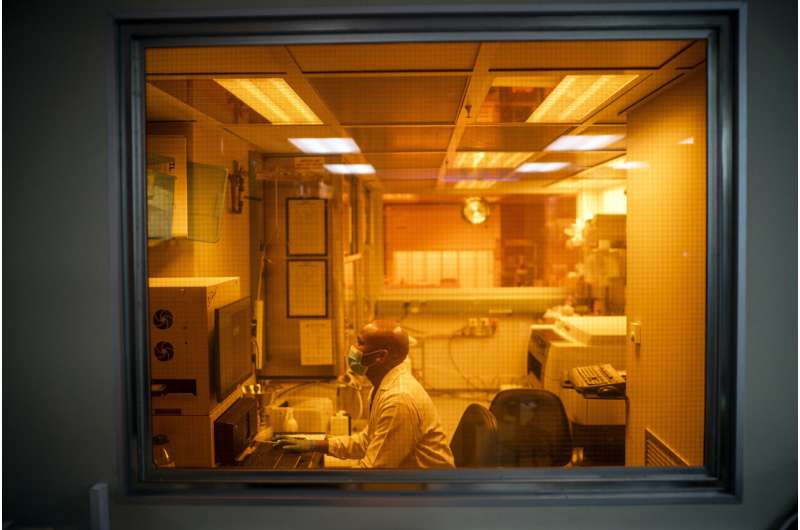 Daily virus case counts are notoriously unreliable, as they can be affected by uneven testing, reporting delays and other fluctuations. But they are offering one tantalizing hint—far from conclusive yet—that omicron infections may recede quickly after a ferocious spike.

South Africa has been at the forefront of the omicron wave and the world is watching for any signs of how it may play out there to try to understand what may be in store.

After hitting a high of nearly 27,000 new cases nationwide on Thursday, the numbers dropped to about 15,424 on Tuesday. In Gauteng province—South Africa’s most populous with 16 million people, including the largest city, Johannesburg, and the capital, Pretoria—the decrease started earlier and has continued.

“The drop in new cases nationally combined with the sustained drop in new cases seen here in Gauteng province, which for weeks has been the center of this wave, indicates that we are past the peak,” Marta Nunes, senior researcher at the Vaccines and Infectious Diseases Analytics department of the University of Witwatersrand, told The Associated Press.

“It was a short wave … and the good news is that it was not very severe in terms of hospitalizations and deaths,” she said. It is “not unexpected in epidemiology that a very steep increase, like what we saw in November, is followed by a steep decrease.”

Significantly more transmissible, omicron quickly achieved dominance in South Africa. An estimated 90% of COVID-19 cases in Gauteng province since mid-November have been omicron, according to tests.

And the world seems to be quickly following, with omicron already surpassing the delta variant as the dominant coronavirus strain in some countries. In the U.S., omicron accounted for 73% of new infections last week, health officials said—and the variant is responsible for an estimated 90% or more of new infections in the New York area, the Southeast, the industrial Midwest and the Pacific Northwest.

Confirmed coronavirus cases in the U.K. have surged by 60% in a week as omicron overtook delta as the dominant variant there. Worldwide, the variant has been detected in at least 89 countries, according to the World Health Organization.

In South Africa, experts worried that the sheer volume of new infections would overwhelm the country’s hospitals, even though omicron appears to cause milder disease, with significantly less hospitalizations, patients needing oxygen and deaths.

But then cases in Gauteng started falling. After reaching 16,000 new infections on Dec. 12, the province’s numbers have steadily dropped, to just over 3,300 cases Tuesday. 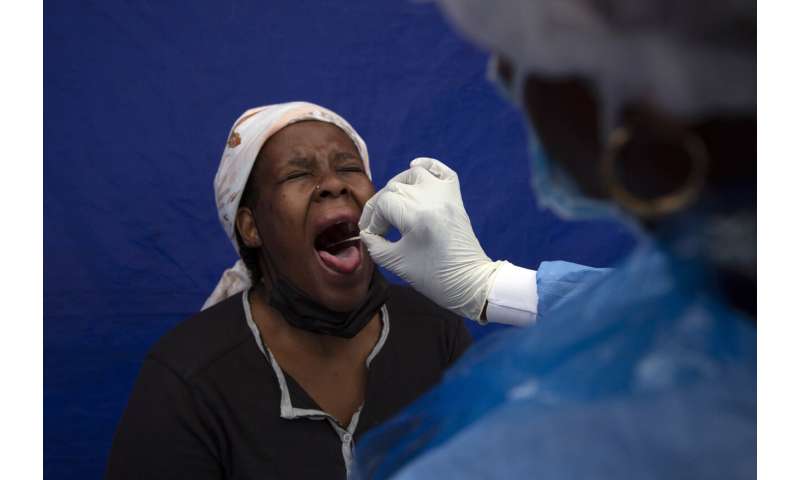 “The rapid rise of new cases has been followed by a rapid fall and it appears we’re seeing the beginning of the decline of this wave,” said Abdullah, working in the COVID-19 ward at Pretoria’s Steve Biko Academic Hospital.

In another sign that South Africa’s omicron surge may be receding, a study of health care professionals who tested positive for COVID-19 at Chris Hani Baragwanath hospital in Soweto shows a rapid increase and then a quick decline in cases.

“Two weeks ago we were seeing more than 20 new cases per day and now it is about five or six cases per day,” Nunes said.

But, she said, it is still very early and there are several factors that must be closely watched.

South Africa’s positivity rate has remained high at 29%, up from just 2% in early November, indicating the virus is still circulating among the population at relatively high levels, she said.

And the country’s holiday season is now underway, when many businesses close down for a month and people travel to visit family, often in rural areas. This could accelerate omicron’s spread across South Africa and to neighboring countries, experts said.

“In terms of the massive everyday doubling that we were seeing just over a week ago with huge numbers, that seems to have settled,” said Professor Veronica Uekermann, head of the COVID-19 response team at Steve Biko Academic Hospital.

“But it is way too early to suggest that we have passed the peak. There are too many external factors, including the movement during the holiday season and the general behavior during this period,” she said, noting that infections spiked last year after the holiday break.

It’s summertime in South Africa and many gatherings are outdoors, which may make a difference between the omicron-driven wave here and the surges in Europe and North America, where people tend to gather indoors.

Another unknown factor is how much omicron has spread among South Africans without causing disease.

Some health officials in New York have suggested that because South Africa appears to have experienced a quick, mild wave of omicron, the variant may behave similarly there and elsewhere in the U.S. But Nunes cautions against jumping to those conclusions.

Most of the patients currently being treated for COVID-19 in hospitals are unvaccinated, Uekermann emphasized. About 40% of adult South Africans have been inoculated with two doses.