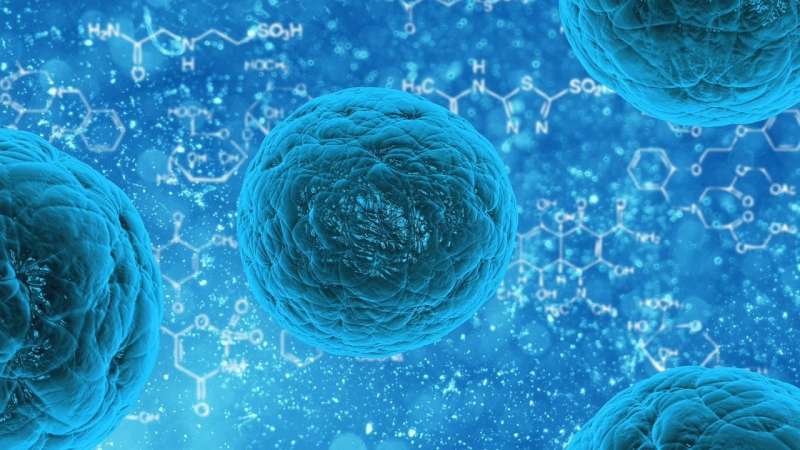 Cedars-Sinai investigators have developed an investigational therapy using support cells and a protective protein that can be delivered past the blood-brain barrier. This combined stem cell and gene therapy can potentially protect diseased motor neurons in the spinal cord of patients with amyotrophic lateral sclerosis, a fatal neurological disorder known as ALS or Lou Gehrig’s disease.

In the first trial of its kind, the Cedars-Sinai team showed that delivery of this combined treatment is safe in humans. The findings were reported today in the peer-reviewed journal Nature Medicine.

“Using stem cells is a powerful way to deliver important proteins to the brain or spinal cord that can’t otherwise get through the blood-brain barrier,” said senior and corresponding author Clive Svendsen, Ph.D., professor of Biomedical Sciences and Medicine and executive director of the Cedars-Sinai Board of Governors Regenerative Medicine Institute. “We were able to show that the engineered stem cell product can be safely transplanted in the human spinal cord. And after a one-time treatment, these cells can survive and produce an important protein for over three years that is known to protect motor neurons that die in ALS.”

Aimed at preserving leg function in patients with ALS, the engineered cells are potentially a powerful therapeutic option for this disease that causes progressive muscle paralysis, robbing people of their ability to move, speak and breathe.

None of the 18 patients treated with the therapy—developed by Cedars-Sinai scientists—had serious side effects after the transplantation, according to the data.

The study used stem cells originally designed in Svendsen’s laboratory to produce a protein called glial cell line-derived neurotrophic factor (GDNF). This protein can promote the survival of motor neurons, which are the cells that pass signals from the brain or spinal cord to a muscle to enable movement.

By transplanting the engineered protein-producing stem cells in the central nervous system, where the compromised motor neurons are located, these stem cells can turn into new supportive glial cells and release the protective protein GDNF, which together helps the motor neurons stay alive.

“GDNF on its own can’t get through the blood-brain barrier, so transplanting stem cells releasing GDNF is a new method to help get the protein to where it needs to go to help protect the motor neurons,” said Pablo Avalos, MD, co-lead author on the paper and associate director of Translational Medicine in the Cedars-Sinai Board of Governors Regenerative Medicine Institute. “Because they are engineered to release GDNF, we get a ‘double whammy’ approach where both the new cells and the protein could help dying motor neurons survive better in this disease.”

Along with Avalos, Robert Baloh, MD, Ph.D., previously a professor of Neurology at Cedars-Sinai and now global head of neuroscience at Novartis, and J. Patrick Johnson, MD, co-medical director of the Spine Center at Cedars-Sinai, are co-lead authors on the publication.

The primary goal of the trial was to ensure that delivering the cells releasing GDNF to the spinal cord did not have any safety issues or negative effects on leg function.

Because patients with ALS usually lose strength in both legs at a similar rate, investigators transplanted the stem cell-gene product into only one side of the spinal cord so that the therapeutic effect on the treated leg could be directly compared to the untreated leg.

The team developed a novel injection device to safely deliver the stem cell-gene product, called CNS10-NPC-GDNF, to the spinal cord of patients.

“We’re excited that we proved safety of this approach, but we need more patients to really evaluate efficacy, which is part of the next phase of the study,” said Johnson, who is also the vice chair of Neurosurgery at Cedars-Sinai. “Proving that we have cells that can survive a long time and are safe in the patient is a key part in moving forward with this experimental treatment.”

While there were no serious side effects, the team found that in some patients the cells went too high in the spinal cord, ending up in sensory areas, which may have led to instances of pain. They also saw benign growths associated with the cell transplantation in some cases. This will be addressed in future studies by deeper targeting and a different surgical approach, noted Svendsen.

Investigators expect to start a new study with more patients soon. They will be targeting lower in the spinal cord and enrolling patients at an earlier stage of the disease to increase the chances of seeing effects of the cells on the progression of ALS.

“We are very grateful to all the participants in the study,” said Svendsen. “ALS is a very tough disease to treat, and this research gives us hope that we are getting closer to finding ways to slow down this disease.”