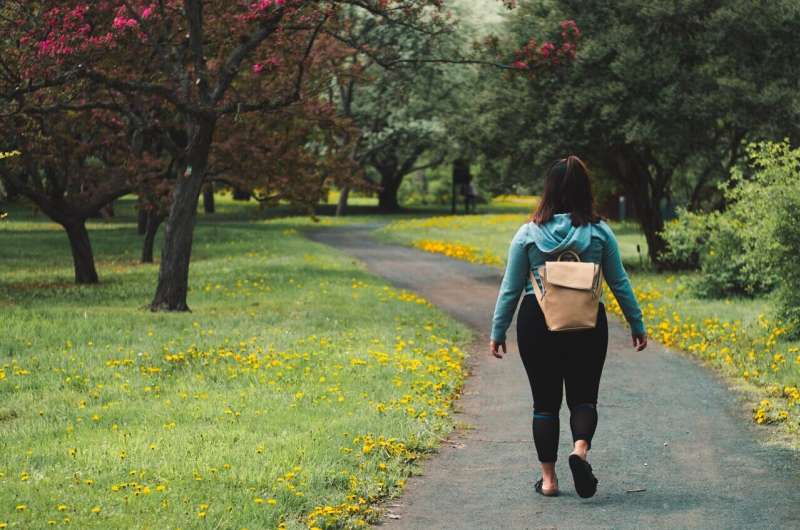 It may be time to pull out your step counters and start adding walking to your daily to-do lists. A recent U.K. study indicates taking 10,000 steps each day can help cut your risk of dementia by half.

Researchers monitored the steps of 78,430 adults between the ages of 40 and 79 over seven years. Results showed that 9,800 steps a day could reduce the risk of dementia by half, and there was no added reduction of risk if participants went over that number. Walking fewer steps daily, such as taking 3,800 steps, was found to reduce the risk by 25%.

The study was published in the journal JAMA Neurology.

“Walking is associated with better vascular profiles, which is probably the clearest pathway through which steps may benefit dementia,” The study’s first author Borja del Pozo Cruz told Today. “(It’s) likely that vascular dementia is the most preventable through physical activity.”

Vascular dementia, the second most common type of dementia after Alzheimer’s, affects memory, concentration, and thought processes, according to the U.K.-based Alzheimer’s Society. Since aerobic exercises such as walking increase blood flow to the brain and can improve memory function, it’s no surprise that 10,000 steps a day can potentially reduce the risk of dementia.

While the research had a large sample size, there are still limitations to the study.

“The population sampled was majority white, and therefore may not be generalizable to other race/ethnic groups,” Dr. Claire Sexton, Alzheimer’s Association senior director of scientific programs and outreach, who was not involved in the study, told Medical News Today. “This study also does not demonstrate definitive causation between step count and dementia risk; therefore, more research is needed.”

A previous study has shown that moderate exercise may reduce the risk of dementia by a third. However, this research proves that walking may be the best way to reduce your risk. Walking at least 10,000 steps a day has other benefits, too, such as reducing other conditions such as heart disease and high blood pressure, according to Healthline.