Saved by a phone app: Sunbed addict, 37, who tanned every other day for a decade was alerted to a cancerous mole by her mobile

A woman who used sunbeds almost every day for ten years found out she had skin cancer thanks to an app on her phone.

Emma Proctor, 37, had surgery to remove a cancerous mole which she discovered had changed, even though she stopped tanning years ago.

Ms Proctor used sunbeds for nine minutes every other day during her 20s to keep her tan topped up, but stopped in her early 30s when her skin began to wrinkle.

She says that although last summer a mole on her lower back became itchy, looked different and bled, she did not want to ‘bother’ her doctor.

But still concerned about the mole, which her partner agreed had changed, she turned to the app SkinVision which warned her to visit the GP.

Ms Proctor, from Preston, Lancashire, was then referred to a dermatologist who confirmed she had basal cell carcinoma – skin cancer. 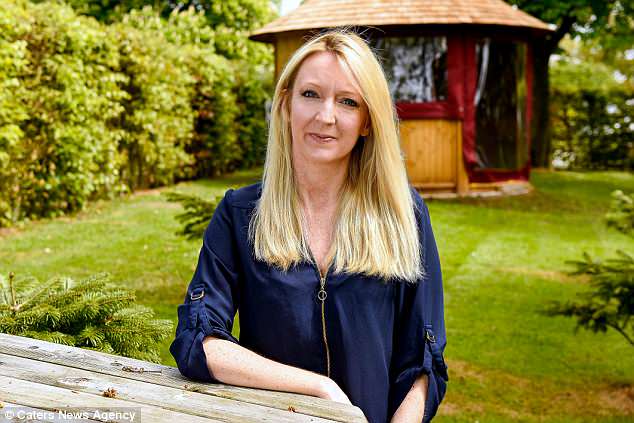 In her twenties Ms Proctor wanted to have tanned skin, which she said was the fashionable look during the late 90s and early 2000s

After having the mole and a patch of skin about the size of a ten-pence coin removed from her back, Ms Proctor is warning others to ditch the sunbeds.

‘I am naturally very pale skinned and saw other girls with tanned skin that looked nice,’ she said.

‘I felt that other people perceived this as a nice look at the time, around the late nineties and early 2000s.

‘Because I was very pale, I needed to go on quite often as my tan would fade quite quickly.

‘I am very fair skinned with blonde hair and blue eyes; I always knew I was at risk but didn’t think anything bad would come of it.

‘When a mole on my lower back became a little itchy I didn’t think much of it, but then one day I realised there was a bit of blood. 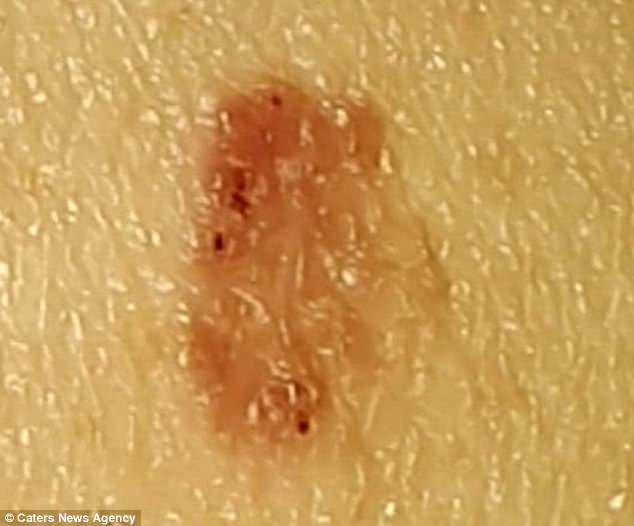 A mole on Ms Proctor’s lower back started to itch, look different and bleed, so she turned to the SkinVision app because she ‘didn’t want to bother’ her doctor A dermatologist confirmed that she had skin cancer and removed the mole and a section of skin about the size of a ten-pence piece, leaving a small scar (pictured)

‘It was on my lower back in an extremely awkward position to see properly, with a mirror I managed to see that it was looking a little different.

‘I talked to my partner about it and he agreed that it had definitely changed, but I am the kind of person that doesn’t like going to the doctor.

It was then that Ms Proctor turned to SkinVision, a mobile phone app designed to track changes in moles which could turn cancerous.

Users take a photo of a mole or patch of skin they are worried about, and it is scanned by technology which looks for early warning signs of cancer.

The app then judges whether the skin his low, medium or high risk, and gives users advice on what to do next. 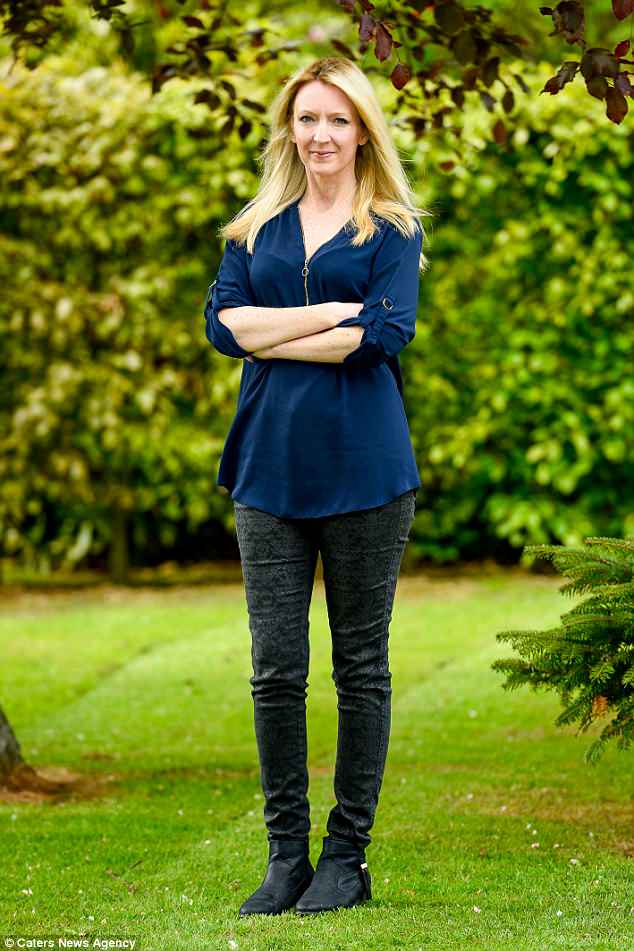 It warned Ms Proctor, who runs her own business selling hair growth supplement, to go to her GP, who then referred her to a dermatologist.

‘[The dermatologist] told me: “If you have a sunbed at home, go straight home and give it away to your worst enemy.”‘

It turned out Ms Proctor had basal cell carcinoma (BCC), a type of non-melanoma skin cancer which is usually caused by too much exposure to UV rays from the sun or tanning beds.

More than 100,000 new cases of non-melanoma skin cancers are diagnosed in the UK every year – they are more common in men and elderly people.

BCC accounts for about 75 per cent of all skin cancers. 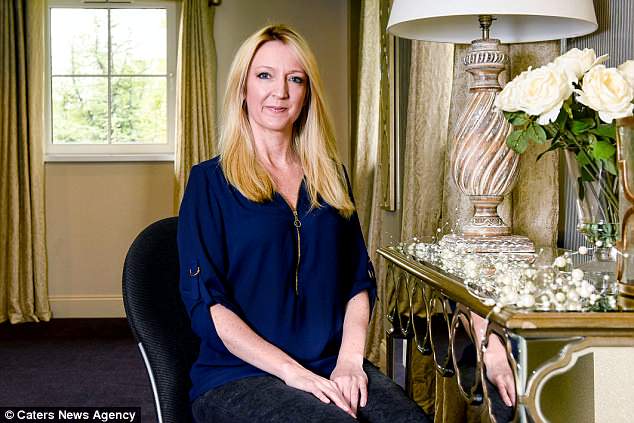 The main symptom is a lump on the skin which may be pink or white with dark patches. It can also look like a red, scaly patch on the skin.

Surgery is the main treatment for non-melanoma skin cancer, and 90 per cent of treatments are successful.

The dermatologist considered taking a biopsy for testing but on closer inspection decided to remove the whole mole at once.

They booked Ms Proctor in for a hospital appointment to remove the mole three weeks later, removing an area about the size of a ten pence piece.

‘I embrace my pale skin now’

‘Doctors said the part they cut out was a BCC and that the skin around the cancer was clear,’ Ms Proctor said. ‘So everything has been excised and no more action needs to be taken. 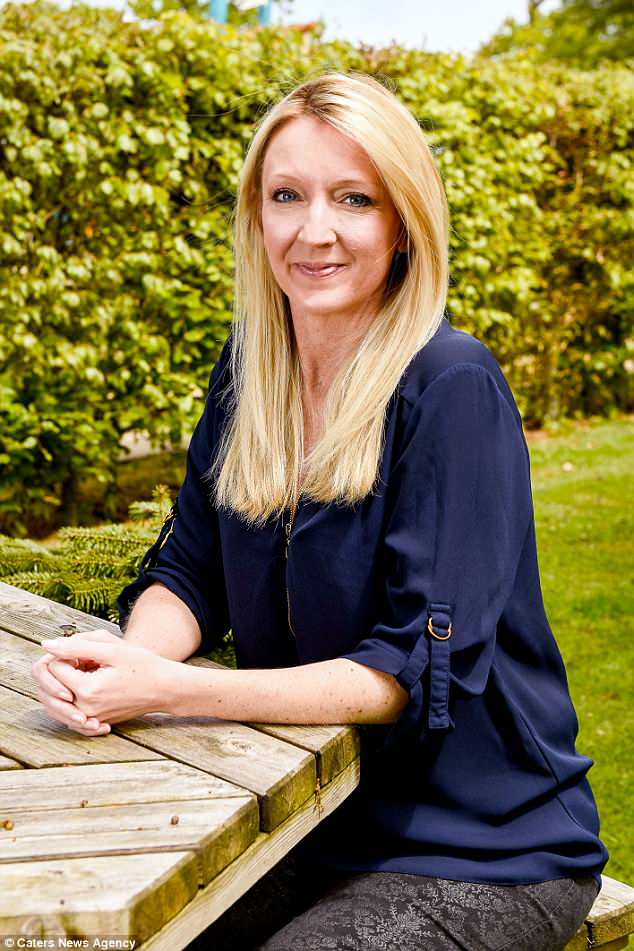 ‘I am pleased to get the all clear and probably wouldn’t have gone if it wasn’t for the app.

‘It is so easy to check your moles on it, I think everyone with any moles would benefit from just at least checking them on there like I did.

‘For anyone else who is like me who doesn’t like to go to doctors, with the app you can get an idea of what you’re dealing with in the privacy of your own home.

‘I embrace my pale skin now, and protect it with factor 50. I actually feel quite silly now for doing that to my skin.’

Erik de Heus, CEO of SkinVision, added: ‘I am very happy we had the chance to support Emma in her journey from checking a mole to the proper health treatment.’

WHAT IS BASAL CELL CARCINOMA?

Non-melanoma means it does not involve skin pigment cells.

BCC makes up more than 80 per cent of all forms of skin cancer in the UK, with over 100,000 new cases being diagnosed every year.

It is mainly caused by overexposure to UV light from the sun or tanning beds.

BCC can occur anywhere on the body but is most common on areas exposed to the sun, such as the face, neck and ears.

The following people are most at risk:

BCC is usually painless. Early symptoms often only include a scab that bleeds occasionally and does not heal.

Some appear as flat, red, scaly marks or have a pearl-like rim. The latter can then erode into a ulcer.

Others are lumpy with shiny nodules crossed by blood vessels.

Most BCCs can be cured, however, treatment is complex if they are left for a long time.

Treatment usually involves removing the cancerous tumour and some of the surrounding skin.