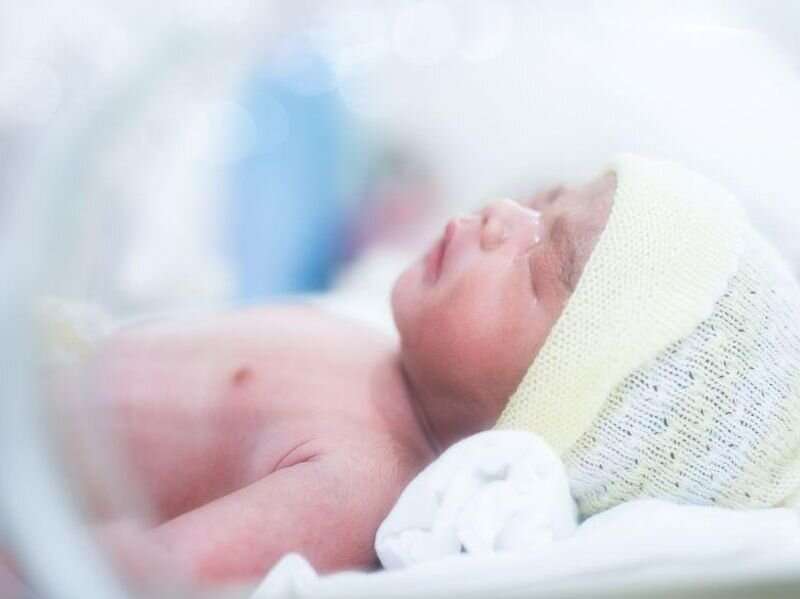 More than 1 in every 10 births in the United States now occur prematurely, and the number of these more dangerous deliveries jumped by 4% during 2021, a new report from the March of Dimes shows.

The premature birth rate has now reached 10.5% of all births—the highest level since 2007, according to the organization focused on maternal and infant health.

In fact, rates of premature delivery have been rising steadily since 2014, earning the United States a D+ on the March of Dimes’ annual Report Card.

That means American women now live in one of the most dangerous developed nations in the world when it comes to childbirth.

The pandemic probably played a big role in the uptick in premature births last year, the organization said.

“We know that the pandemic impacted the way that providers delivered care,” Dr. Zsakeba Henderson, the March of Dimes’ senior vice president and interim chief medical and health officer, said in a statement released with the report.

“Low staffing, resource issues, and fears around COVID-19 transmission put added pressure on providers to get patients delivered and out of maternity units in a timely fashion, and may have also contributed to increases in use of obstetric interventions such as inductions and cesareans,” she explained. “These interventions have also been shown to contribute to the rise in preterm births, especially late preterm births.”

Overall, there were more than 383,000 preterm births in the United States in 2021, with race playing a big role in an individual woman’s risk.

That’s not overly surprising, the March of Dimes said, because, by their estimates, adequate prenatal care is lacking for just over 21% of Black women and nearly 27% of American Indian/Alaskan Native women.

Geography might play a role, as well, with some areas of the United States having worse rates of premature birth than others.

For example, nine states earned an “F” grade—Alabama, Arkansas, Georgia, Kentucky, Louisiana, Mississippi, Oklahoma, South Carolina and West Virginia—as did Puerto Rico, the report found. Only one state, Vermont, got an A– grade, the highest grade handed out.

There are far too many “low-risk” cesarean births occurring, as well, the March of Dimes believes.

“Overall, cesarean delivery rates increased from 31.8% to 32.1% in 2021 and represent nearly one-third of all births,” the group said in the statement. “While cesarean birth is lifesaving in medically necessary situations, this form of delivery is a major surgery and does have immediate and long-term risks.”

A new mother’s health can suffer from complications linked to medically unnecessary C-sections, the March of Dimes noted, so cutting down on low-risk procedures could save lives.

Overall, “this year’s report sheds new light on the devastating consequences of the pandemic for moms and babies in our country,” said Stacey Stewart, president and CEO of March of Dimes. “While fewer babies are dying, more of them are being born too sick and too soon, which can lead to lifelong health problems,” she noted.

“Pregnant women with COVID have a 40% higher risk of preterm birth and we know more women are starting their pregnancies with chronic health conditions, which can further increase their risk of complications,” Stewart added. “It’s clear that we’re at a critical moment in our country and that’s why we’re urging policymakers to act now to advance legislation that will measurably improve the health of moms and babies.”

More information:
Find out more about preventing premature birth at the American College of Obstetricians and Gynecologists.