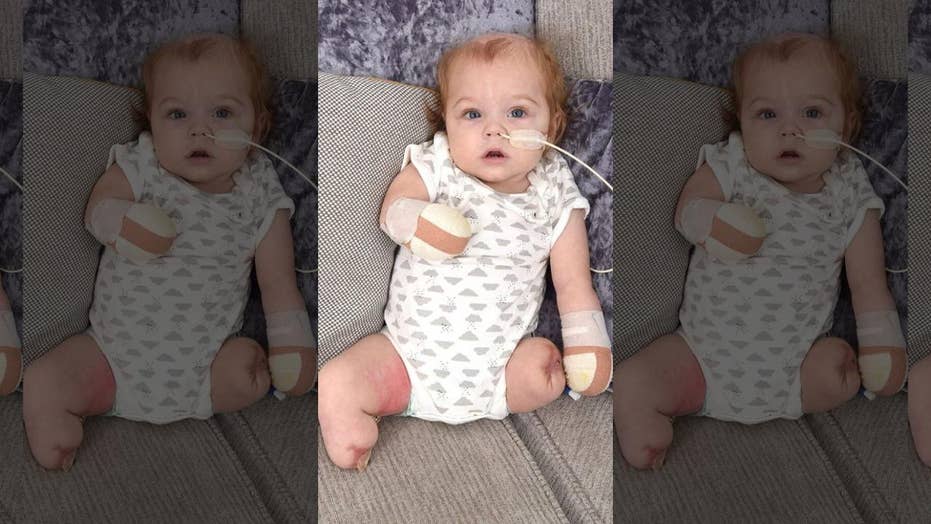 UK mom warning to other parents after her 11-month-old son loses his limbs to sepsis infection.

A United Kingdom mother is warning other new parents after her 11-month-old son, Oliver, developed a sepsis that led to the removal of all four of his limbs — including one she claims self-amputated when his diaper was being changed.

Abigail Wardle, from Cleethorpes, England, told Yahoo Style UK she first took Oliver to a medical clinic on March 16, when the young boy seemed “a bit under the weather.”

MOM SHARES PHOTO OF SON'S INFECTION TO WARN OTHERS ABOUT SEPSIS

Wardle claims a doctor sent them home, instructing her to give Oliver fluids and acetaminophen for children. But his condition quickly went downhill.

By that night, Oliver was seemingly sicker; Wardle described him as “lifeless.” 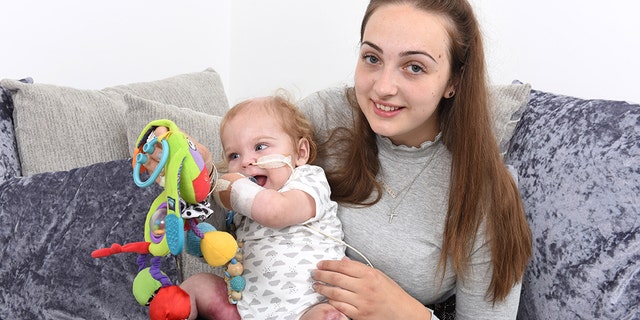 “When I moved him, it was as though his bones were aching,” she recalled.

The next day, Wardle told Yahoo Style UK she took Oliver back to the doctor. Upon arrival, a nurse became “immediately concerned”  and the young boy was quickly rushed to emergency care. At this point, Wardle wasn’t clear what was wrong with her son, telling the publication it was “all a blur.”

"I could hear a doctor on the phone to another hospital asking how to treat Oliver,” she said. "His hand and feet had started to go purple, and I just remember thinking he must be cold and telling them to put some socks on him.”

Oliver was reportedly placed in a medically induced coma.

Doctors, working quickly to determine what was sickening Oliver, discovered he was suffering from a previously undiagnosed throat infection, which had turned septic, Wardle told Yahoo Style UK. She claims Oliver never showed signs of the infection.

Sepsis, according to the Centers for Disease Control and Prevention (CDC), is defined as the body’s “extreme response to an infection.” It’s considered to be a life-threatening medical emergency. 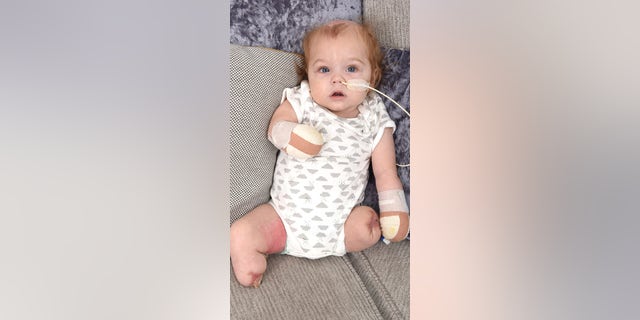 Oliver was released from the hospital in July.
(Caters News Agency)

“Sepsis happens when an infection you already have — in your skin, lungs, urinary tract, or somewhere else — triggers a chain reaction throughout your body,” the CDC adds. “Without timely treatment, sepsis can rapidly lead to tissue damage, organ failure, and death.”

In children, per The UK Sepsis Trust, symptoms include breathing very fast, skin that looks bluish, pale or mottled, lethargy and feeling cold to the touch. The child may also have a rash that does not fade when touched. Wardle did not say if she noticed any of these signs in her son prior to his emergency hospital visit.

Oliver’s sepsis infection was severe, causing the young boy to lose all four of his limbs. In a June 4 Facebook post regarding her son’s health, Wardle claims one of his limbs – his left leg – self-amputated when she and a nurse attempted to change the boy’s diaper.

“The dreaded happened which no mother should have to see,” she said, adding she was “absolutely traumatized by seeing what [she] saw.”

“Most importantly of all, Oliver is still that smiling baby as always, he just breaks my heart. I just can’t believe he’s still smiling after what he’s been through, what a tough little man I have,” she continued, noting her son is “such an inspiration.”

"I am absolutely traumatized by seeing what I saw."

Oliver later had his other limbs removed — a surgery that Wardle said improved Oliver’s condition dramatically.

"Once he had his limbs removed, he was like a different child — so happy and full of life, it seemed like a relief for him,” she told the news outlet.

Oliver was discharged from the hospital in July and is now recovering at home.

"I had no idea how ill Oliver was but if he hadn't gone into hospital when he did, he wouldn't be here,” she said, adding she hopes to spread awareness about sepsis, a condition that Ron Daniels, the chief executive of the Sepsis Trust, told Yahoo Style UK is “notoriously difficult to spot.”

"Some people might feel sorry for us but I feel like the luckiest mum in the world,” Wardle said. “I still have Oliver with us — he might not have any hands or feet but he is still my smiley, brave little boy.”

Wardle did not return Fox News’ request for additional comment.