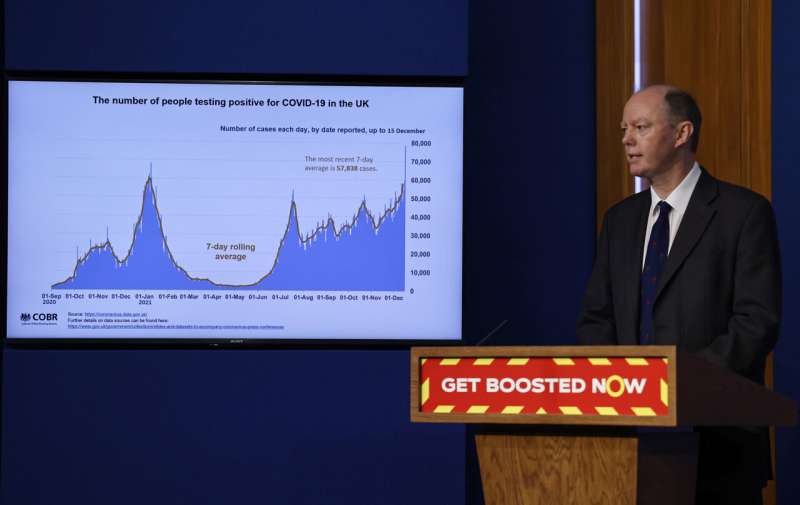 The U.K. recorded the highest number of confirmed new COVID-19 infections Wednesday since the pandemic began, and England’s chief medical officer warned the situation is likely to get worse as the omicron variant drives a new wave of illness during the Christmas holidays.

Professor Chris Whitty described the current situation as two epidemics in one—with omicron infections rising rapidly even as the country continues to grapple with the older delta variant, which is still causing a large number of infections. Public health officials expect omicron to become the dominant variant across the U.K. within days. Omicron already accounts for a majority of cases in London.

The U.K. recorded 78,610 new infections on Wednesday, 16% higher than the previous record set in January. While scientists are still studying the risks posed by the highly transmissible omicron variant, Witty said the public should be braced for the figures to continue rising in coming weeks.

“There are several things we don’t know,” Whitty said. “But all the things we do know are bad, the principal one being the speed at which this is moving. It is moving at an absolutely phenomenal pace.”

The comments came on the day that the U.K. government implemented new rules ordering masks to be worn in most indoor settings in England and requiring proof of vaccination or a negative coronavirus test to enter nightclubs and large crowded events. 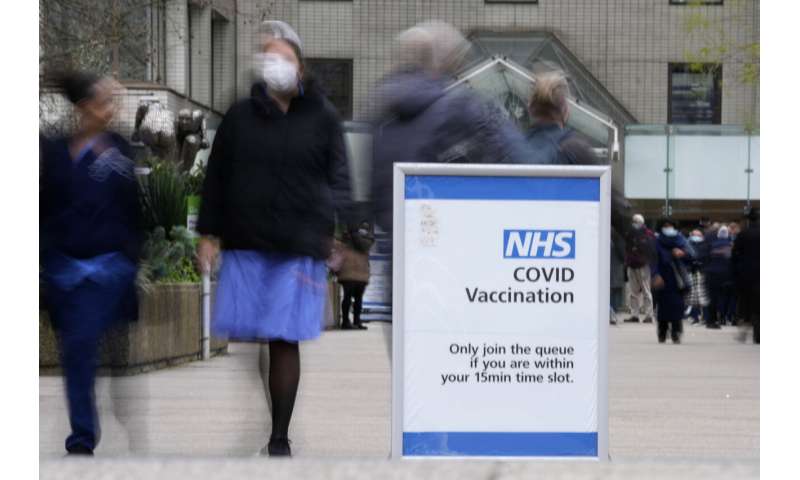 Britain is also accelerating its the national vaccination program, with a goal of offering a booster dose to every adult by the end of December. The government said within days it will open new mass vaccination centers at sports stadiums around the country, including Wembley, the 90,000-seat national soccer stadium in London.

Whitty advised people to limit their social contacts, putting a priority on those that are the most important.

“I am afraid there will be an increasing number of omicron patients going into the NHS, going into hospital, going into intensive care, and exact ratios we don’t yet know, but there will be substantial numbers,” he said. “That will begin to become apparent, in my view, fairly soon after Christmas.”

Despite the surge in infections, daily coronavirus-related deaths in the U.K. are well below last winter’s peak. Britain recorded 165 deaths on Wednesday, compared with a record 1,820 on Jan. 20.

Meanwhile, Britain is moving forward with a public inquiry into how the government has responded to the pandemic. Prime Minister Boris Johnson on Wednesday announced that Heather Hallett, a former Court of Appeal judge, would chair the inquiry, which is due to begin next spring.

“She brings a wealth of experience to the role and I know shares my determination that the inquiry examines in a forensic and thoroughgoing way the government’s response to the pandemic,” Johnson said.

After pressure from bereaved families, Johnson agreed to hold an inquiry on his government’s handling of the pandemic, which has left more than 146,000 people in Britain dead, the highest toll in Europe after Russia. The probe will have the power to summon evidence and to question witnesses under oath. 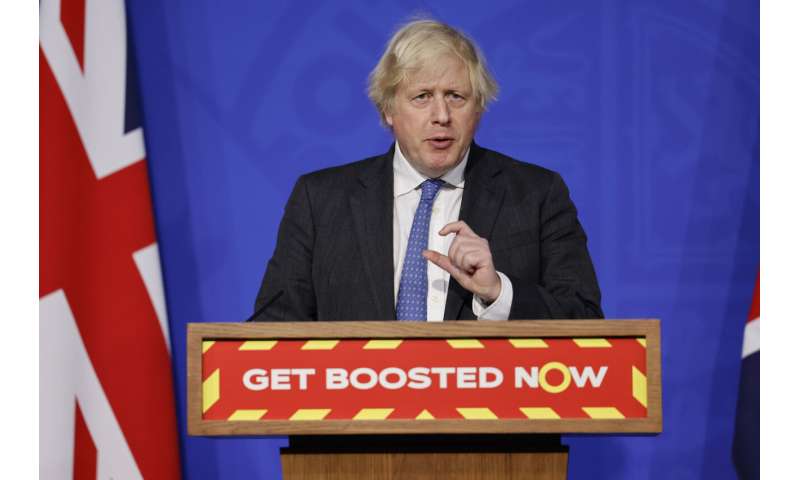 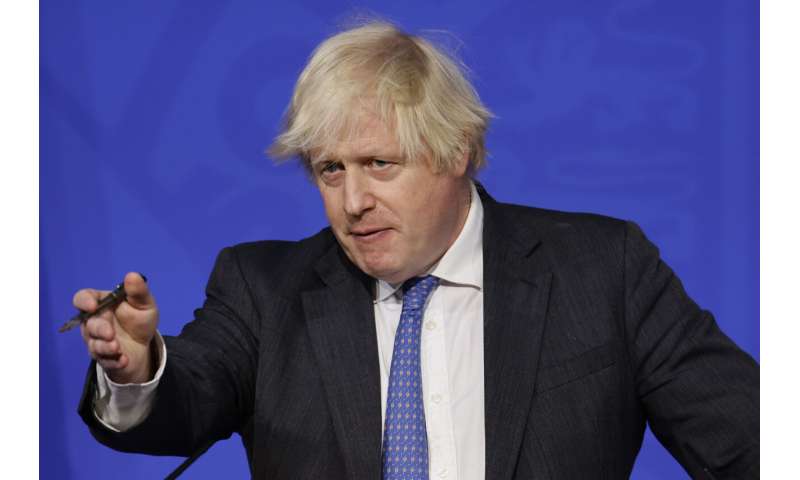 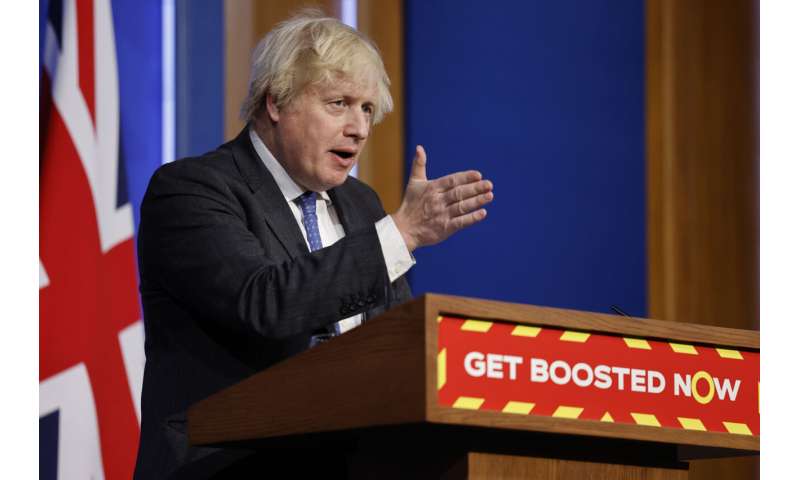 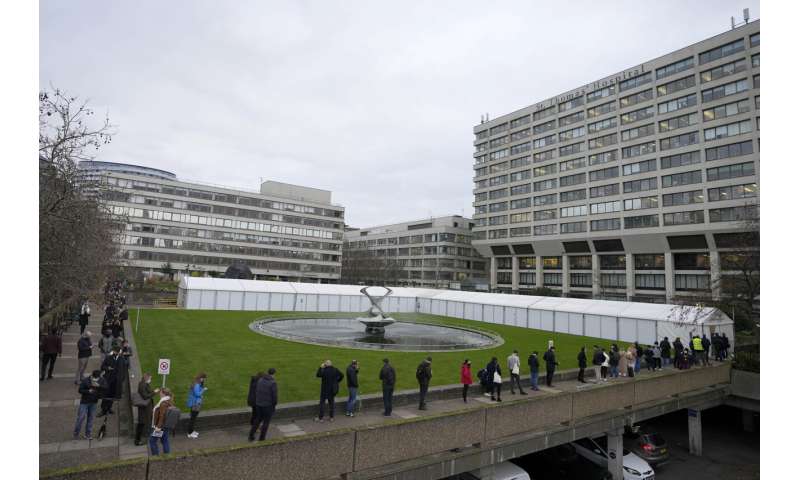 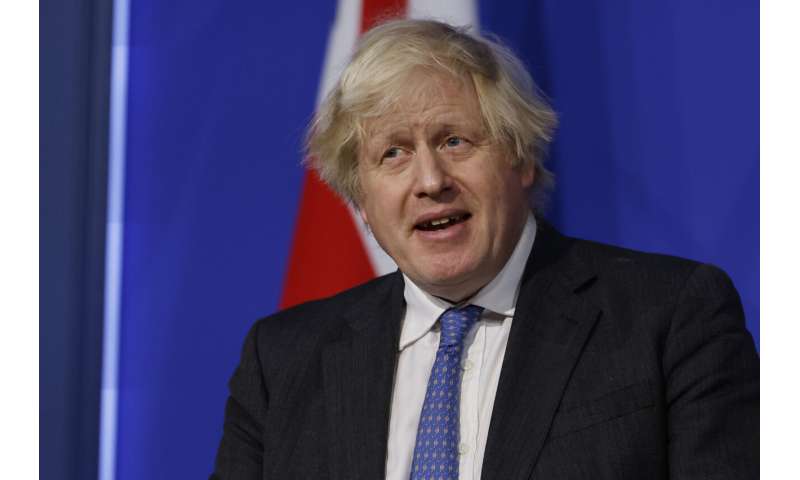 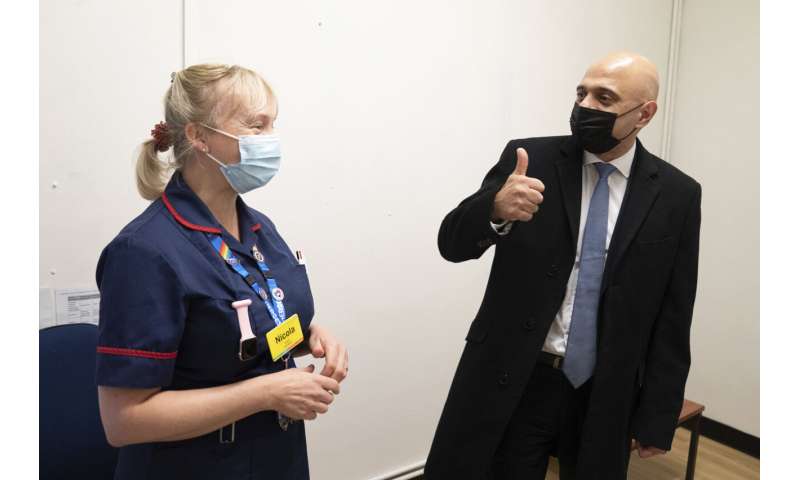 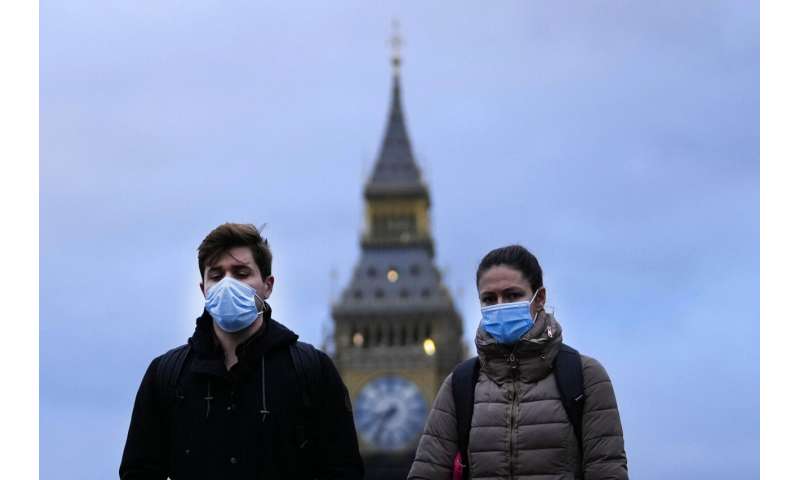 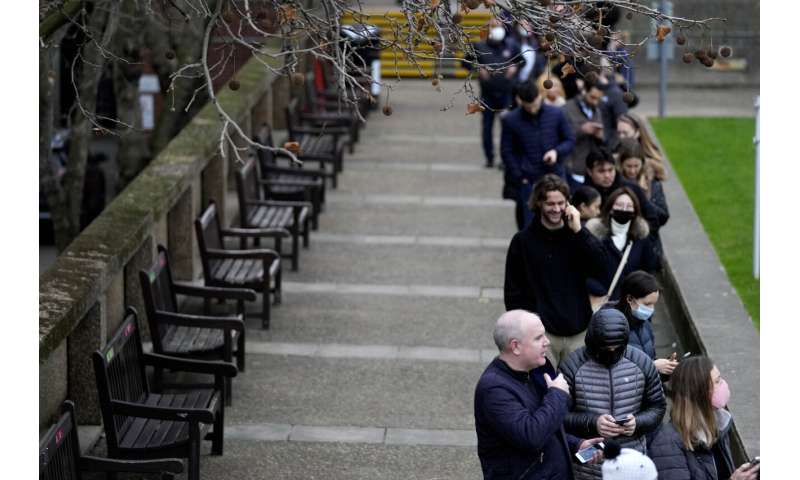 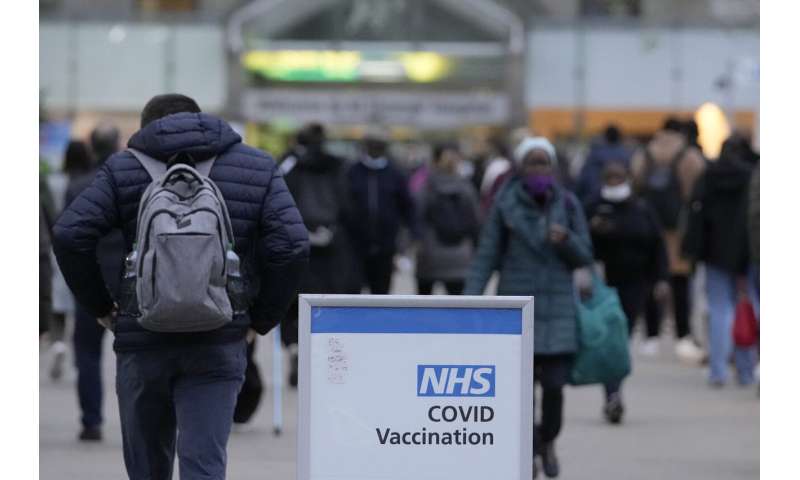 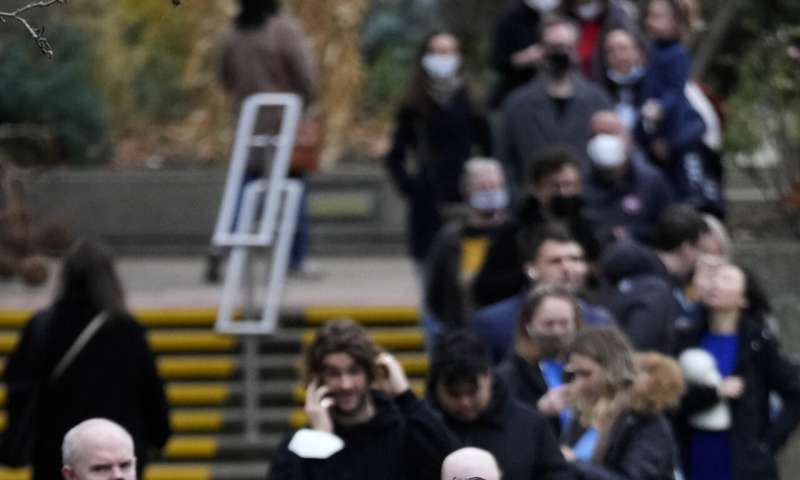 The pressure group Bereaved Families for Justice said the announcement of a chairperson was a “positive step” but “comes far too late.”

“We’ve been calling for an inquiry since the end of the first wave, and we will never know how many lives could have been saved had the government had a rapid review phase in summer 2020,” said Matt Fowler, the group’s co-founder. “With the omicron variant upon us, the inquiry really cannot come soon enough.”

Hallett said she would be consulting bereaved families and others on the inquiry’s terms of reference.

“I shall do my utmost to ensure the inquiry answers as many questions as possible about the U.K.’s response to the pandemic so that we can all learn lessons for the future,” she said.

Hallett oversaw inquests into the deaths of 52 people killed in the July 7, 2005 bombings on London’s transit system. Last month, she was appointed to lead an inquiry into the death of Dawn Sturgess, who died in 2018 after being exposed to Novichok, the Soviet-made nerve agent used to poison former Russian spy Sergei Skripal in the English city of Salisbury.