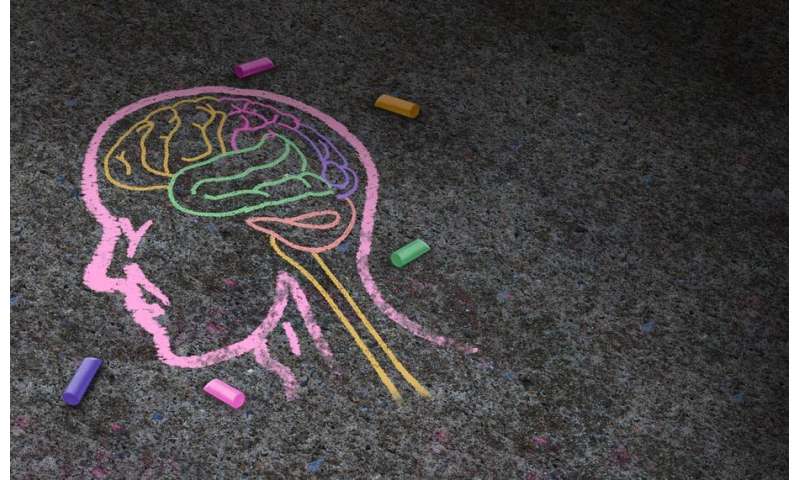 Sixteen-year-old climate activist Greta Thunberg has made headlines not just for her passionate climate activism, but because she is outspoken about having autism. However, her treatment by some members of the media—even being called “mentally ill”—shows that many harmful myths about autism still persist, despite increased awareness.

About one in every 60 people has autism. Although each person is unique, people with autism share some common characteristics. These include difficulty with social interactions, repetitive behaviour and restricted interests, such as repeatedly lining toys up in the same order, which are present from early childhood and limit everyday functioning. Autism is a spectrum condition, which means the type and severity of symptoms varies depending on the person.

In our new book, we invited leading experts in cognitive science and autism to present their research. This research gives new insights into the autistic mind and what it’s like to have autism. It dispels common assumptions about the developmental disorder.

Everyday activities, such as going shopping or visiting the hairdresser, can often be challenging for people with autism. For example, they are more likely than the average person to report buying things they don’t use. They often find it difficult to make small decisions such as what clothes to wear or what to eat. But when it comes to making big decisions, such as about who to marry or where to work, they do so in the same way as a typical person.

In our book, we present research showing that people with autism tend to base their decisions on careful reflection. This might be because they’re less likely to rely on their feelings and intuitions compared with the average person. As a result they take longer to make decisions and they don’t tend to jump to conclusions as much as the typical person.

These examples show that whether someone with autism makes “better” or “worse” decisions compared to others depends on the kind of decision they’re making. Indeed, in many cases, their choices aren’t better or worse than the typical person’s—just different. For example, they’re more likely to buy something from an ad that features a person enjoying the product on their own rather than with others.

Can people with autism be imaginative?

It’s often assumed that people with autism lack imagination because of their focus on exact details and facts. For the average person, being able to imagine alternatives to reality is easy, whether ruminating on past events or daydreaming about how the future might unfold. Even very young children, between one-and-a-half to two years old, begin to engage in pretend play.

Contrary to common belief, children with autism do develop these rational imagination skills – although it might take them two or three years longer than other children.

Likewise, analogical thinking, in which a person compares two objects or events, is considered essential to creativity and for understanding new concepts. Remarkably, people with autism often show outstanding skills at solving pictorial analogies – such as finding the hidden pattern in the Raven’s Matrices test. Despite some differences in the development of creative thought, people with autism have as rich an imaginative mental life as anyone.

There’s a persistent idea that people with autism interpret everything literally. In fact, an inability to understand metaphors and other forms of non-literal language is part of the diagnostic criteria for autism.

But people with autism do understand the real meaning of metaphors just as non-autistic people do, when they are compared with people with similar language abilities. They also understand that indirect requests, such as: “Can you close the window?”, require an action rather than a “yes” or “no” answer.

People with autism sometimes differ from others in how they combine different sorts of knowledge. Nevertheless, in most cases they get the big picture and can usually uncover the hidden meaning of what someone has said to them.

These new discoveries contradict some current stereotypes of autism, revealing that the thought processes of people with autism are not entirely different from the average person’s. They also show how these differences can be advantageous in some situations. For example, careful decision making is useful when deciding who to vote for, or what investment to make. But it can be a drawback in a situation that calls for a rapid response, such as when a person needs to think on their feet in a job interview.