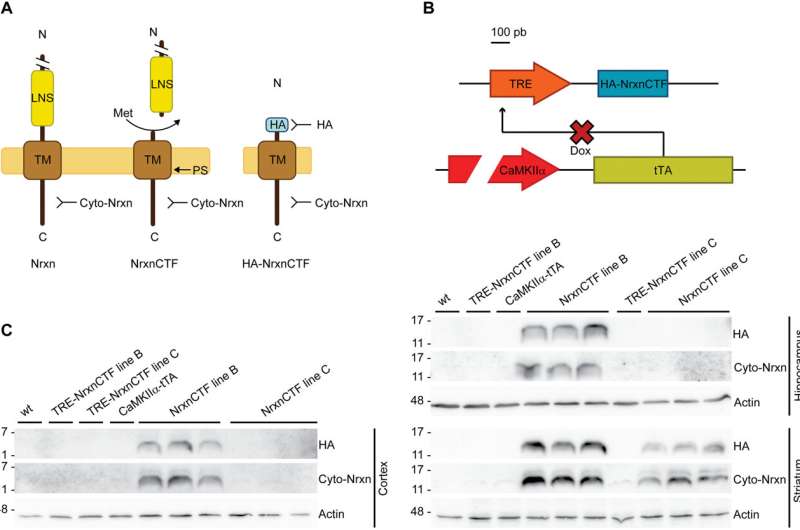 Members of the Synaptic Dysfunction and Disease group at the Institute of Biomedicine of Seville (IBiS), led by researchers Francisco Gómez Scholl and Amalia Martínez Mir, recently published the results of their research into Alzheimer’s disease. The data obtained suggest that the accumulation of a fragment of the synaptic protein neurexin in the adult brain causes specific losses of memory. The work was carried out in collaboration with group led by José María Delgado García at the Neurosciences Division of Pablo de Olavide University.

This contribution is a preliminary step in the study of the protein in patient samples in order to prevent its accumulation and, as a consequence, the associated symptoms. Experimental data have been obtained from an animal model with mice created by the researchers which reproduces the accumulation of the protein fragment during the disease.

In the published work, the researchers have focused on the study of a fragment of the synaptic protein neurexin, known in scientific circles as NrxnCTF. This fragment accumulates in cases of mutation in the Presenilin genes responsible for familial forms of Alzheimer’s disease. Researchers have observed that their experimental accumulation in the adult brain of the animal model triggers specific memory defects, among others. These experimental models of disease are important for the identification of pathogenic mechanisms and fundamental for the design of effective therapies.

Researchers observed in behavioral studies that the accumulation of this protein produces a loss of associative memory that depends on the brain’s amygdala. In collaboration with José María Delgado, from Pablo de Olavide University in Seville, synaptic connections from the prefrontal cortex to the amygdala were studied using electrophysiological recordings in mice. These experiments have shown that the accumulation of NrxnCTF also produces defects in presynaptic plasticity.