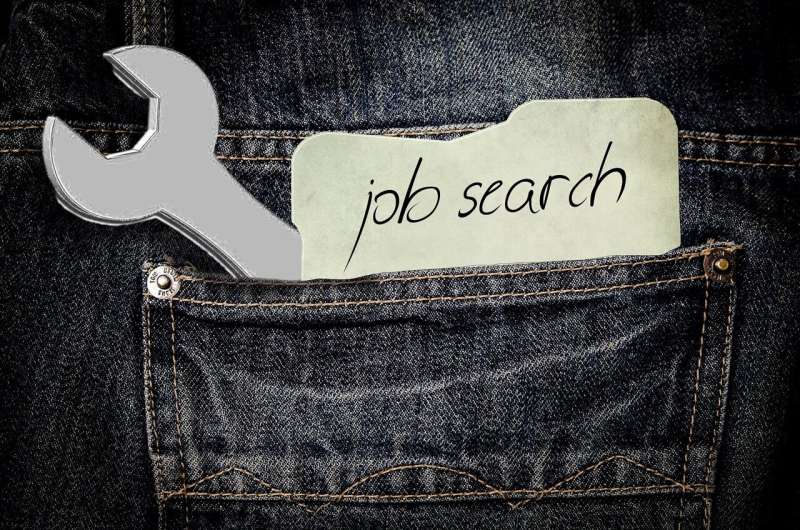 When and how often a person experiences unemployment in their 20s, 30s and 40s has serious implications for their health later in life, which could be in part due to a lack of access to health care while unemployed, according to new research.

The researchers found that people who had little experience of unemployment after the age of 35, but who were often unemployed in their mid- to late-20s and early 30s had poorer physical and mental health by age 50 compared to those who experienced very little unemployment over the course of their careers.

Additionally, those who were unemployed frequently throughout their mid-20s to their late-40s had even worse physical and mental health by 50. Health was measured by a combined score taking into account energy, pain and emotional wellness, among other measures.

Sarah Damaske, associate professor of sociology, labor and employment relations, and women’s studies at Penn State, said the lack of access to health care while unemployed may help explain some of the findings.

“Almost 75% of workers in the U.S. receive health insurance through their employers, possibly making the lasting effects of unemployment larger here than in other countries,” Damaske said. “Policies aimed at improving access to full-time work and health insurance, as well as efforts to promote healthy behaviors, may be able to counter the negative effects of unemployment.”

The study was recently published in the Journal of Aging and Health.

According to Damaske, previous research has found a connection between experiencing unemployment and poorer health. But less was known about how different experiences with unemployment over time affected health at midlife. For this study, the researchers wanted to identify different trajectories, or patterns, of unemployment people experience and track how they affected their health later in life at age 50.

The researchers analyzed data from the National Longitudinal Survey of Youth, which included information on 6,434 participants who were interviewed every other year between the ages of 27 and 49 about the number of weeks they’d spent employed, unemployed, or out of work the previous year. The participants also filled out questionnaires about their physical and mental health at ages 40 and 50.

“Additionally, we also controlled for confounding variables at age 50 that might skew the results,” said Adrianne Frech, an associate professor at the University of Missouri who led the study, “such as household and financial resources, and health behaviors such as drinking and smoking, body mass index, and hours slept at night.”

After analyzing the data, the researchers identified three main groups or trajectories that the participants tended to follow.

The “consistently low” trajectory comprised 70% of the sample and included participants who experienced the least unemployment at every age. The “decreasing mid-career” group made up 18% of the sample and experienced most of their unemployment before the age of 35. “Persistently high” comprised the remaining 12% and included participants who were the most likely to be unemployed across all ages.

According to Damaske, some of the association between unemployment and worse health outcomes could be explained by the confounding variables at age 50, suggesting areas not directly tied to employment that could be targeted by interventions.

“Some of the ‘scarring’ effects of unemployment may operate through employment-based resources and health behavior characteristics,” Damasked said. “For example, lacking health insurance, smoking, and a lack of physical activity were all associated with poorer physical and mental health at age 50. Interventions could aim to reduce these problems and hopefully result in better health, regardless of employment status.”