A team of scientists from the USA has recently examined the risk of hospitalization in patients infected with more deadly variants of severe acute respiratory syndrome coronavirus 2 (SARS-CoV-2).

The findings reveal that patients infected with alpha, beta, gamma, and delta variants have a higher risk of hospitalization than those infected with the original viral strain that emerged in Wuhan, China, in late December 2019. The study is currently available on the medRxiv* preprint server while awaiting peer review. 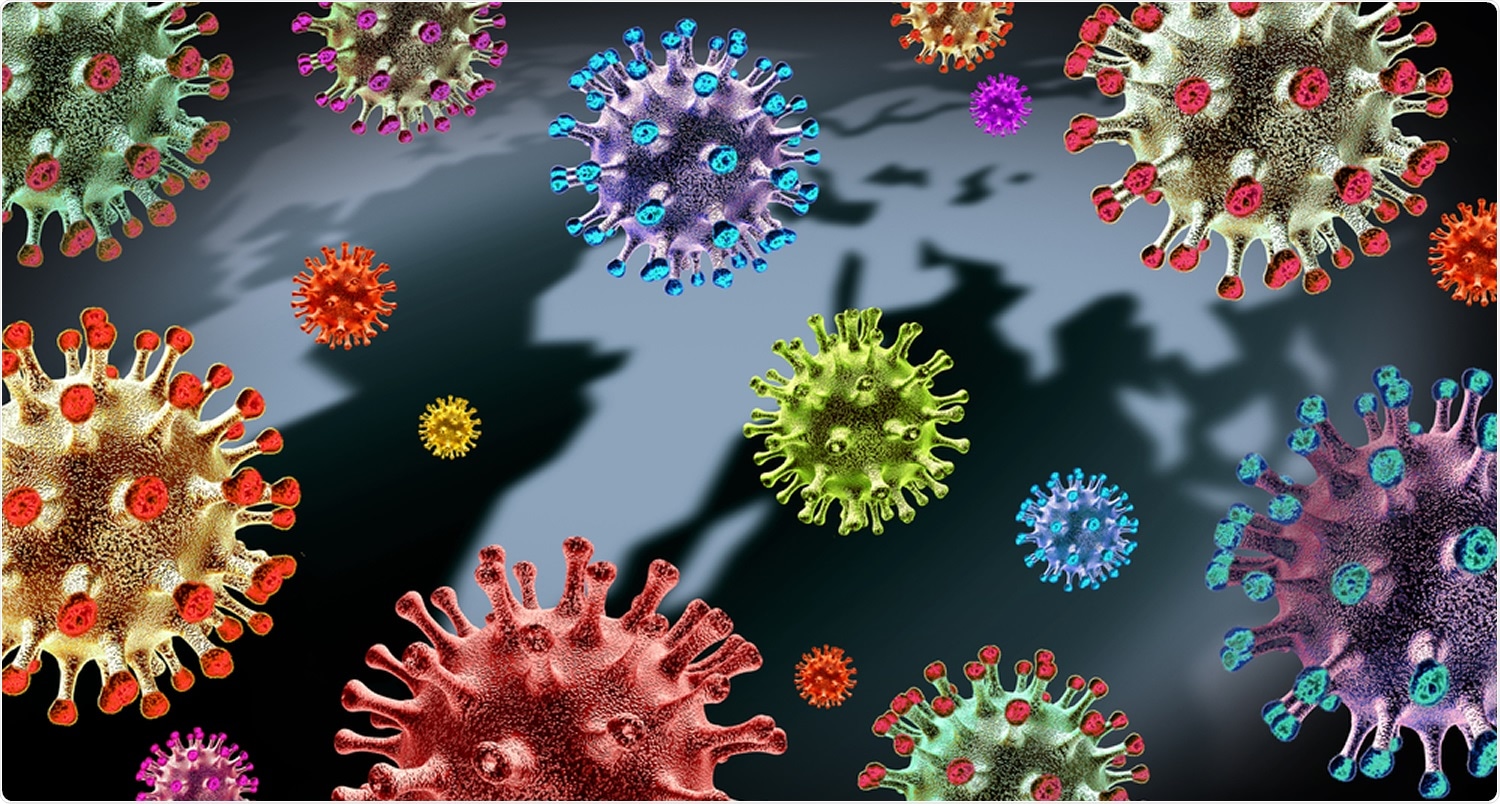 The coronavirus disease 2019 (COVID-19) pandemic caused by SARS-CoV-2 has placed a significant burden on mankind, with more than 234 million infections and 4.8 million deaths recorded worldwide. Moreover, with the emergence of more deadly viral variants, many countries across the globe have experienced second, third, and fourth waves of the pandemic with higher infection and mortality rates.

Given the significantly increased infectivity, transmissibility, pathogenicity, and immune escape ability, some of the novel variants have been designated as Variants of Concern (VOCs) or Variants of Interest (VOIs) by the World Health Organization.

Soon after emergence, each of these VOCs (alpha, beta, gamma, and delta variants) have gained global dominance by gradually replacing previously circulating variants. For example, in Washington State, the delta variant is associated with 70% of COVID-19 cases identified between June and July 2021.

In the current study, the scientists have analyzed COVID-19 cases caused by nine different VOC/VOIs in Washington State to determine the risk of hospitalization associated with these variants.

The study was conducted on laboratory-confirmed COVID-19 patients in Washington State for whom the viral genomic sequencing data is available. Overall, the study considered cases identified between December 2020 and July 2021.

A total of nine viral variants (alpha, beta, gamma, delta, kappa, Iota, epsilon, eta, and lambda) were included in the analysis to determine the risk of variant-specific hospitalization.

A total of 23,170 cases with available viral genome sequencing data were analyzed in the study. The sequencing analysis revealed that non-VOCs/VOIs were dominantly circulating in Washington State at the beginning of the pandemic. However, by March 2021, the major VOCs/VOIs gained dominance by replacing the previously circulating variants.

Regarding demographics, about 91% of enrolled cases were under the age of 60 years, and 94% were unvaccinated.

Vaccination status and risk of hospitalization

A separate set of analyses was conducted in the study to compare the risk of hospitalization among variant-specific COVID-19 cases stratified by the vaccination status.

The analysis considering only unvaccinated cases revealed that compared to patients with original SARS-CoV-2 infections, the gamma-infected patients have the highest risk of hospitalization, followed by delta- and alpha-infected patients.

Relative Risk of Hospitalization by Variant Lineage. Risk of hospitalization is compared to individuals infected with an ancestral lineage. Error bars represent 95% CI. Estimates are adjusted for age, sex assigned at birth, and vaccination status.

The study indicates that patients infected with SARS-CoV-2 VOCs have a higher risk of hospitalization. However, the risk can be reduced by COVID-19 vaccination. These findings highlight the need for hospital preparedness and mass vaccination in controlling COVID-19 related morbidity and mortality.

Dr. Sanchari Sinha Dutta is a science communicator who believes in spreading the power of science in every corner of the world. She has a Bachelor of Science (B.Sc.) degree and a Master's of Science (M.Sc.) in biology and human physiology. Following her Master's degree, Sanchari went on to study a Ph.D. in human physiology. She has authored more than 10 original research articles, all of which have been published in world renowned international journals.