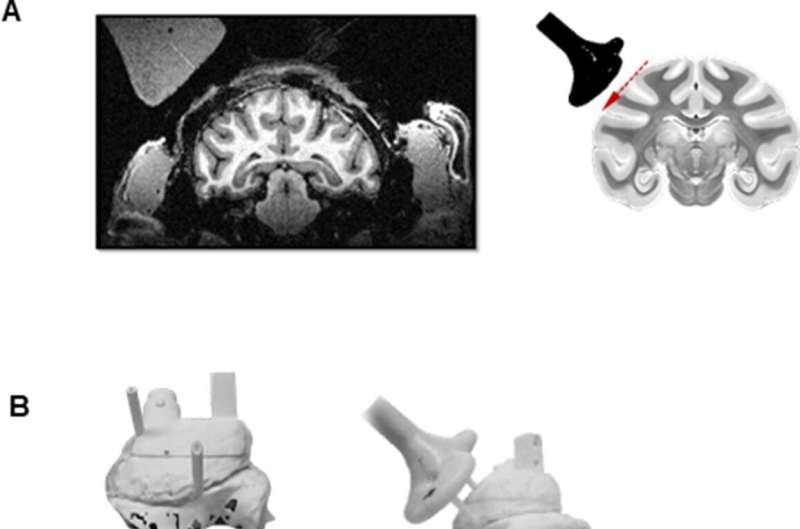 Transcranial magnetic stimulation, a form of non-invasive brain stimulation, has been used for the past 35 years to investigate brain function in health and disease.

Applied to quantify causal changes in brain activity during movement performance and cognitive behaviors, the technique has led to the definition of a detailed causal brain map underpinning each particular aspect of human behavior. Increased knowledge of the technique’s effectiveness will allow for its wider use in fundamental research and clinical applications, with the potential to improve our understanding of the relationship between brain function and behavior.

Continuous theta-burst stimulation (cTBS), a variant of transcranial magnetic stimulation, has subsequently become a standard non-invasive technique to induce offline changes in cortical excitability in human volunteers. Yet cTBS suffers from a high variability across volunteers and its exact effects on neurons in awake behaving animals has never been described.

A team of researchers at King’s College London and KU Leuven, led by Dr. Marco Davare in the School of Life Course & Population Sciences, recorded for the first time individual neurons in macaque parietal cortex before and after 20 seconds of cTBS. Their findings, published today by eLife, confirm that cTBS is an accurate way to measure the impact of neuron activity on behavior.

The researchers found that, overall, cTBS induced a marked reduction in neuronal excitability, which grew over time consistent with previous studies in humans. They observed similar effects on the baseline activity, on task-related activity and on behavior. Interestingly, a subset of the neurons also showed temporary hyperexcitability during the recovery phase.

CTBS works by non-invasively and very transiently inducing a “virtual lesion” in a small brain region, allowing researchers to measure the behavioral deficits in healthy volunteers or patients in a given cognitive (for example: decision-making) or motor (for example: grasping) task. By studying the behavioral deficits induced, one can then deduce the causal role of the brain region targeted by TBS.