With all the recent news on opioid overuse in the U.S., it’s not surprising that Americans consume the vast majority of the global opioid supply. Daily opioid use in the U.S. is the highest in the world, with an estimated one daily dose prescribed for every 20 people. That rate is 50 percent higher than in Germany and 40 times higher than in Japan.

As former U.S. Surgeon General Vivek Murthy once said, the U.S. “arrived here on a path that was paved with good intentions,” but “the results have been devastating.” “We have nearly 250 million prescriptions for opioids written every year. That’s enough for every person in America to have a bottle of pills and then some,” he added.

I have been pondering these issues at Texas A&M Health Science Center, where I am the chair of a newly established Opioid Task Force, an initiative that emphasizes a multifaceted approach to the opioid epidemic. To me, it seems like most countries need to find a happy balance between the American attitude that all pain needs to be cured – and the ethos in other countries that pain is to be endured.

In investigating this issue, I came across two reasons that might explain the worldwide differences in pain management strategies.

First, while pain is universal, pain is fundamentally a subjective phenomenon. People from different countries experience pain differently, based on traditional beliefs rooted in social and cultural values. 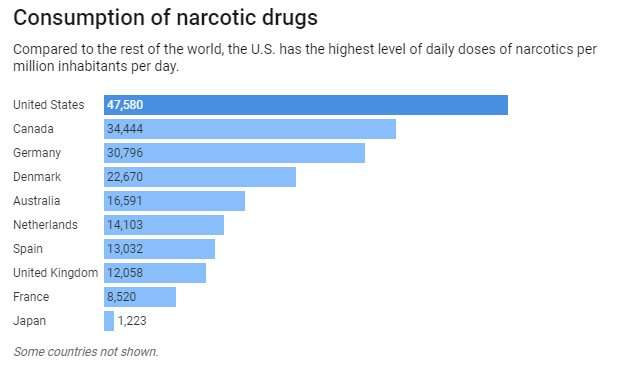 For example, people in Africa, especially men, may be reluctant to admit to pain, as doing so would be a sign of weakness. In contrast, Americans report more pain than people from any other country, with about a third of adults reporting pain “often” or “very often.”

In traditional African society, pain is viewed as something to be endured and pain medication has often been a luxury for those who could afford it. Self-medication with simple analgesics and traditional herbs are often the first -— but not necessarily effective – strategies to reduce pain.

Secondly, many countries have much stricter regulations than the U.S. regarding when opioids may and should be prescribed.

For example, until the past few years, there were few U.S. regulations for the medical prescription of opioids. With the goal of eliminating pain, physicians generously prescribed opioids after most surgical procedures or for routine patient complaints of pain. (It’s worthwhile to note that, thanks to new restrictions, opioid prescriptions in the U.S. decreased by more than 20 percent between 2013 and 2017.)

Conversely, in Europe, opioids are dispensed by specialists and more tightly regulated, including restrictions on advertisements. It’s less common to dispense opioids for non-cancer related pain such as chronic back or musculoskeletal pain.

Many countries have traditionally treated pain with other approaches. With a view of pain as a condition, Chinese medicine has long incorporated the use of herbs, acupuncture and lifestyle changes to manage pain. Acupuncture has been adopted in many clinical settings around the world, including in the U.S., and is considered effective for certain pain conditions and safe when performed by an experienced practitioner.

With a similar aversion to narcotics and concerns about addiction, Japanese health care providers have traditionally avoided opioid prescriptions, recommending non-pharmacological treatments for dealing with pain such as acupressure, massage and relaxation techniques. Yet, with the aging of the population, there has been a greater demand for opioids and growing concerns about abuse. 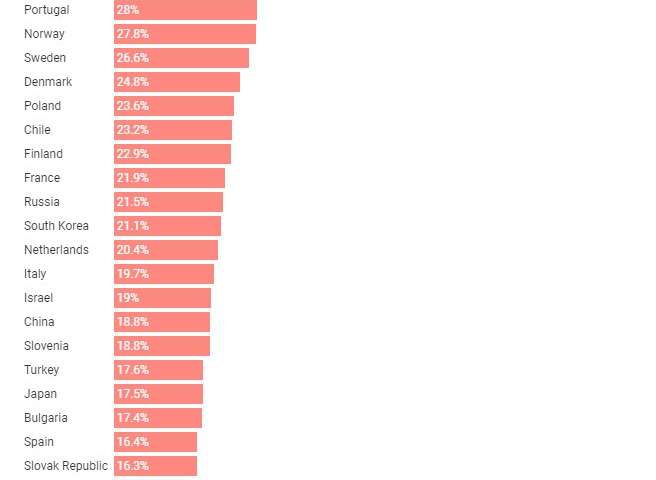 In Europe, there are positive attitudes among both the medical profession and the public alike about complementary and alternative medicine – or the use of natural products or mind and body practices developed outside of mainstream Western medicine. These approaches are increasingly integrated into primary care, with reimbursement through national health care systems. For example, German physicians often prescribe physical therapy, exercise, massage and relaxation therapies, all of which have been associated with pain relief. However, there’s some concern about the use of unregulated natural health practitioners, as well as the need for better communication among certified medical providers, natural health practitioners and patients.

What’s the best strategy for dealing with pain? There are no simple answers.

What does seem clear is that pain management strategies are slowly converging in the face of the opioid crisis. Countries that have been overprescribing are now putting the breaks on uncontrolled prescriptions through increased regulation and continuing education. Meanwhile, in counties with limited access to pharmacological treatments, there’s increased recognition of the rampant suffering and the need for increased access to opiates as part of an overall approach that includes traditional non-pharmacological strategies too.

I’m heartened to see physicians start to emphasize alternatives to opioid prescriptions as a first step in pain management, in line with Centers for Disease Control and Prevention guidelines, and practices in other countries. To go even further will require better education of both health care professionals and patients regarding complementary and alternative treatments, as well greater access to and payment for them.