Tennis legend Chris Evert, who won the world No. 1 spot in tennis seven times, has been diagnosed with ovarian cancer.

Evert, 67, revealed her diagnosis in a story written for ESPN, co-authored by her friend, journalist Chris McKendry. The article began with a text McKendry received from Evert on December 7: "I can't talk right now, but the pathology report came back today and revealed I have a malignant tumor in my fallopian tube," the text read. "Going in for more surgery next week then chemo."

That malignant tumor, according to the ESPN piece, was technically stage 1C ovarian cancer. It was found following a preventive hysterectomy, and cancer was not detected anywhere else in Evert's body.

On January 14—the same day the ESPN story was published—Evert shared the news in her own tweet, too: "I wanted to share my stage 1 ovarian cancer diagnosis and the story behind it as a way to help others. I feel very lucky that they caught it early [and] expect positive results from my chemo plan."

What makes Evert's story a bit different is how her cancer was detected: during the preventive hysterectomy, which followed genetic testing Evert underwent, as a result of her sister, Jeanne Evert Dubin's, cancer diagnosis.

Dubin was diagnosed with late-stage ovarian cancer in late 2017. She died from the disease in February 2020, but while she was enduring her illness, she also underwent genetic testing, and tested negative for harmful variants of the BRCA1 gene, which can increase the risk of certain cancers, per ESPN. As a result, her family members weren't encouraged to get tested as well.

But since Dubin's diagnosis, genetic testing has evolved and the variant in BRCA1 that she had has now been linked to an increased risk of ovarian cancer, according to ESPN. So, in October 2021, the Evert family got a phone call to tell them of the change.

That prompted Evert to get tested, which led to her discovering that she had the same variant of the BRCA1 gene as her sister. She scheduled a preventive hysterectomy, in which the uterus is removed, in early December.

That brings us back to the text McKendry received about Evert's pathology report and cancer diagnosis: stage 1C ovarian cancer—an uncommon early diagnosis in a disease that is relatively silent until later stages. "70-80% of ovarian cancer is diagnosed at Stage 3 or 4," Joel Cardenas, MD, a gynecologic oncologist at Cleveland Clinic Florida, and Evert's surgeon, told ESPN. By all accounts, that genetic testing—and preventive surgery—likely saved Everts' life.

What is stage 1C ovarian cancer?

Ovarian cancer is cancer of the ovaries, the reproductive glands in women that produce eggs, the American Cancer Society (ACS) explains.

Ovarian cancer is often deadly. In 2022, it's estimated that about 19,880 women will be diagnosed with ovarian cancer and about 12,810 women will die of the disease, per the ACS. Ovarian cancer is the is the fifth most deadly cancer in women, and causes more deaths than any other cancer of the female reproductive system.

While it's common for cancer to be given stages one through four, ovarian cancer is slightly different, according to Dr. Jacoub. (As a rule, the lower the number, the less the cancer has spread, the ACS explains.)

"There are a lot of nuances to the staging of ovarian cancer, and that includes staging A, B, and C based on the ovaries involved," says Dr. Jacoub.

Past a stage 1 diagnosis of any kind, the stages of ovarian cancer proceed as: stage 2, stage 2A, stage 2B, stage 3A1, stage 3A2, stage 3B, stage 3C, stage 4A, and stage 4B—it's all pretty complex, so the ACS recommends asking your doctor to explain the staging for ovarian cancer to you in a way you can understand.

How common is genetic testing and preventive surgery for ovarian cancer?

Genetic testing is usually available for people with a close family relative (like a mom or sister) with certain types of cancer, Robert Wenham, MD, chair of the department of gynecologic oncology at Moffitt Cancer Center, tells Health. "The risk of having an inherited predisposition for cancer does depend upon the type of cancer," he says. "It should be stressed that most cancers are sporadic, meaning they develop without a known genetic predisposition."

However, he says, some genetic mutations that can lead to cancer are inherited and that raise a person's risk of cancer. (Cancer patients are often given genetic testing to help determine if genes were a factor in their cancer, Dr. Jacoub says, and this can help dictate next steps for family members.)

In general, though, "patients with a concerning family history of cancer should be referred to a genetic counselor for elucidation of their family history and consideration of testing," Stephen C. Rubin, MD, professor in the Department of Surgical Oncology at Fox Chase Cancer Center, tells Health.

If a person's genetic testing shows they have a strong risk of developing ovarian cancer in the future, doctors may recommend either a tubal ligation (a surgical procedure in which a doctor cuts or blocks the fallopian tubes), or a hysterectomy, says Dr. Jacoub. The ACS, however, says these medical procedures should only be done for valid medical reasons—not just for an increased risk of ovarian cancer.

Both tubal ligation (a surgical procedure where your doctor cuts or blocks your fallopian tubes) and hysterectomies may reduce the risk of having ovarian cancer, the ACS says. Doctors may recommend this when you have a strong risk of developing ovarian cancer, Dr. Jacoub says.

When this procedure is done, the organs and fluid in the pelvis and abdomen will be tested for the presence of cancer, he says. "A small proportion of patients undergoing preventive surgery will have cancer found, usually in an early stage," Dr. Rubin says.

What are the treatment options for stage 1c ovarian cancer?

Just as ovarian cancer has many different staging options, it also has different treatment options, based on the stage at which it was diagnosed, per the ACS. This can include either localized treatments (surgery or radiation therapy), in addition to systemic treatments (chemotherapy, hormone therapy, and targeted therapy).

In Evert's case, she just started her first of six rounds of chemotherapy. According to ESPN, "there's a better than 90% chance that [Evert's] cancer never returns." But Evert, who just started her chemotherapy journey, says she's still nervous about the process. "As someone who has always had control over my life, I have no idea how I'll respond to chemotherapy," she told ESPN. "I have to give in to something higher." 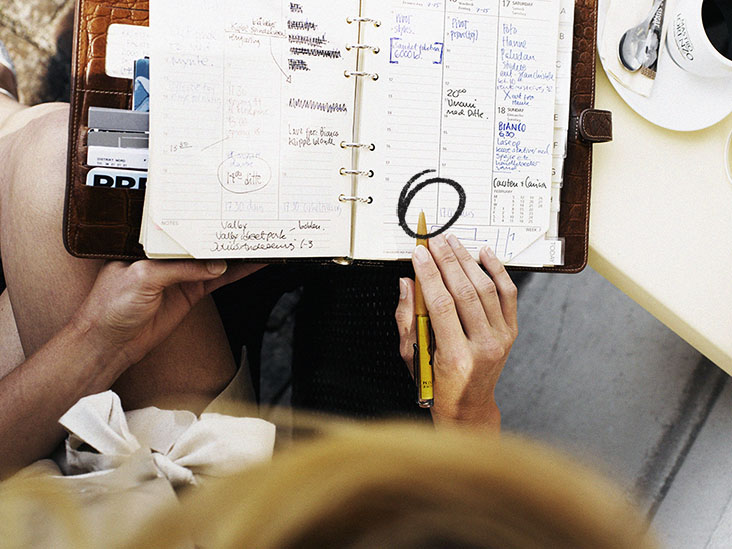 ‘Difficulty’ regulating emotions can increase risk of a heart attack