Twice a day every day for weeks, Lauryn Hunter, 32, of Stanton, VA, brought out her "smell basket" and one by one took a good long whiff of the few strongly scented bottles inside. She was olfactory training, also called smell training, a practice that theoretically sharpens the nose’s ability to do its job. Her anosmia (aka smell loss) was the only lingering symptom from her bout of COVID-19 — the fever and body aches let up around day six — and she was eager to get it back. So when a former coworker mentioned the term, she headed to Google and gave it a shot.

For Hunter, her training worked around the seventh week. At least it’s her hunch that it worked. According to a study published in JAMA, 89 percent of COVID patients with smell impairment reported seeing at least an improvement in severity at the four week mark, so it's possible her recovery was simply a product of time.

For the people whose sense of smell doesn't bounce back quickly, smell training can seem like their only hope for relief. And that would explain the sudden spike in interest in the exercise. For example, UK-based AbScent, an organization dedicated to people with smell dysfunction, reports the traffic to the smell training section of its website has been 30 times greater than last year. With the technique suddenly in the spotlight, here’s a look inside the quest to smell again.

Smell loss is a fairly common symptom of the novel coronavirus. According to an analysis of electronic health records, COVID-19-positive patients were 27 times more likely to report anosmia than those that tested negative, whereas they were only 2.6 times more likely to have fever and/or chills and 2.2 times more likely to have a cough. Jay F. Piccirillo, a professor of otolaryngology at Washington University School of Medicine in St. Louis, calls the number of cases he's seeing "a tidal wave coming out of a public health crisis."

The mechanism at work, according to Zara M. Patel, an associate professor of otolaryngology at the Stanford University School of Medicine: "We know that the ACE receptor that SARS-CoV-2 attaches to and uses to enter the body is found in high concentration on the supporting cells within the olfactory system. The ensuing inflammation and destruction of those cells is why it causes loss of smell." And, as she's seen over the years in the field, for a small number of people anosmia can be permanent. While the reason isn’t clear, what is clear is that the longer it lasts, the harder it is for a patient to recover.

This can also indirectly impact the sense of taste. As Piccirillo explains, the two senses are separate but linked. "They transmit along different nerve roots and different nerve systems in the brain, but they do complement each other." So while nothing happens physically to the tastebuds, the ability to pick up flavor is still impaired when smell is. Says Patel, "To be clear, the only true 'tastes' we have that come from the receptor cells and nerves from our tongue are the very basic tastes of sweet, salt, bitter, sour, umami. Anything else about the flavor of food and drink — the ability to distinguish between watermelon and strawberry or between steak and chicken or fish — all of that depends on our ability to smell."

And the impacts expand beyond the palette. Patel explains, "[Odor] affects countless subconscious interactions we have throughout our lives. It is a primary determining factor in how we choose our sexual partners and eventual life mates, it is what determines maternal-infant bonding, and it allows us to pick up on and respond to many social cues." So it makes sense that even for those who may regain their smell in the following weeks, some are willing to do anything they can to speed up the process. 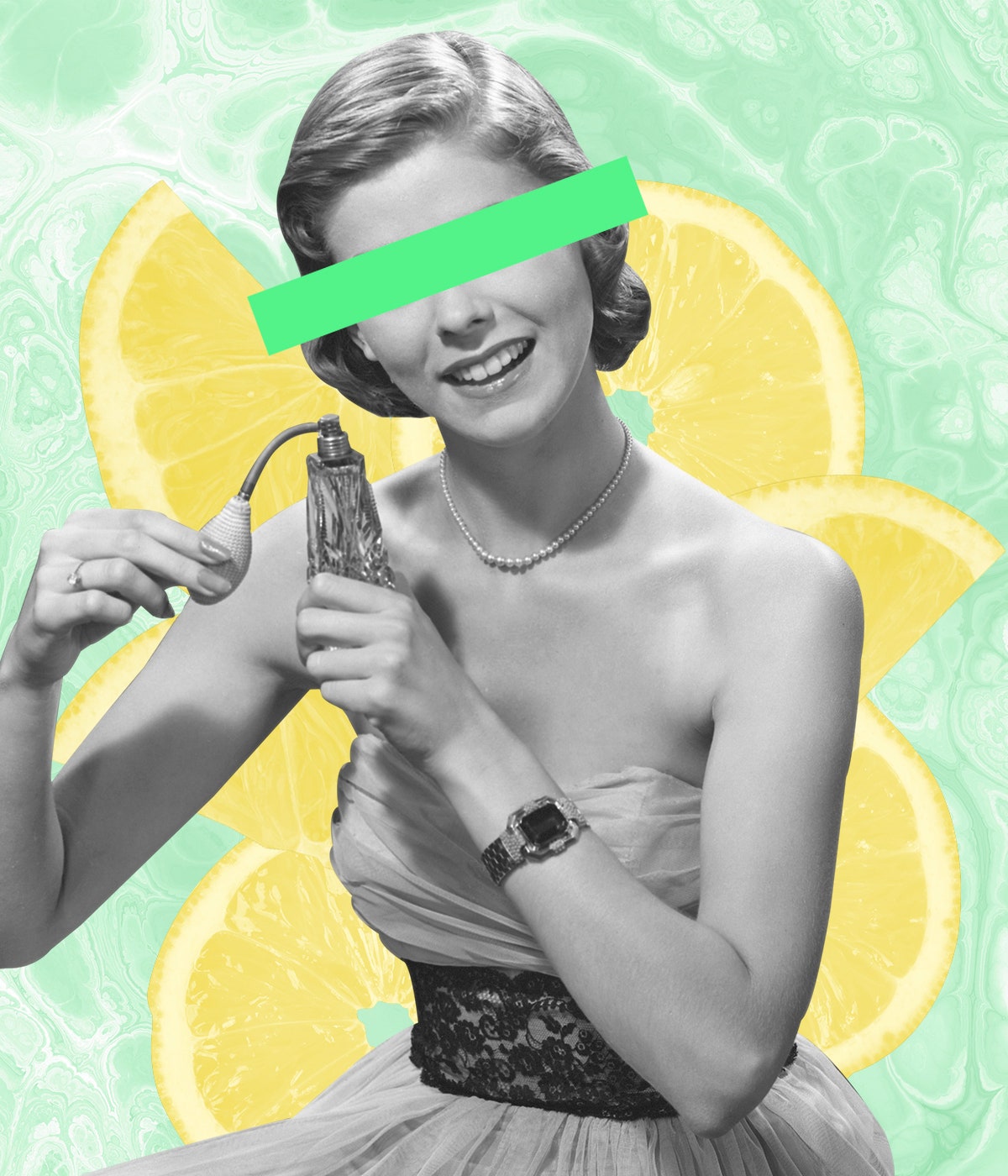 The Science of Olfactory Training

The idea all started with the German psychologist Thomas Hummel, who in 2009 developed a technique in which patients inhale four essential oils (rose, lemon, clove, and eucalyptus) chosen to represent four odor categories (flowery, fruity, spicy, and resinous) for 10 seconds twice daily for 12 weeks to help rebuild their sense of smell. Patel explains, "It is basically a simple, structured smelling protocol which works by stimulating the inherent regenerative capacity of our olfactory system." The idea is to tap into neuroplasticity, which Patel describes as, "the ability for adult human brains to form new neural pathways and connections throughout our lives." Or, as Sarah Oakley, executive director of AbScent puts it: "We think of it as physiotherapy for the nose."

Many feel you must stick to the essential oils Hummel originally prescribed to get results. Others put that into question, like Piccirillo, who has been looking at 35 odors that people could choose to practice with. The number one request he’s gotten from the list: Smoke. People want to be able to pick up the warning signal.

Proponents of the practice point to several studies that suggest training can have a positive result, but other doctors like Piccirillo say it needs to be studied more before we can definitively agree it works. But that could be on the horizon, since COVID-19 is providing more opportunities for doctors in the field to study olfactory impairment and smelling training. Regardless, since the practice only takes a few minutes a day and a few essential oils, the doctors in the field generally don’t see any harm in trying. Plus, says Piccirillo, even if patients don’t feel results, he sees the potential for benefits. He says, “There's something to be said for just trying to get your mind off the situation that you're in.”

Patel's research has shown the exact concentrations of essential oils doesn’t impact results. And there are many online tutorials and ready-made kits, which make it easy to do the process yourself. However, if you’re feeling discouraged or unsure of the process, she urges patients to seek the guidance of a doctor who can oversee the process in detail. One part of the process a patient may need hand-holding through: parosmia, a distortion in which the nose picks up incredibly unpleasant odors, a sign that the brain is creating new associations. Oakley clarifies, "Parosmia is considered to be a normal part of the recovery process — and a good sign in lots of ways — but really challenging to live with. If you don't know to expect it, it can be really frightening." 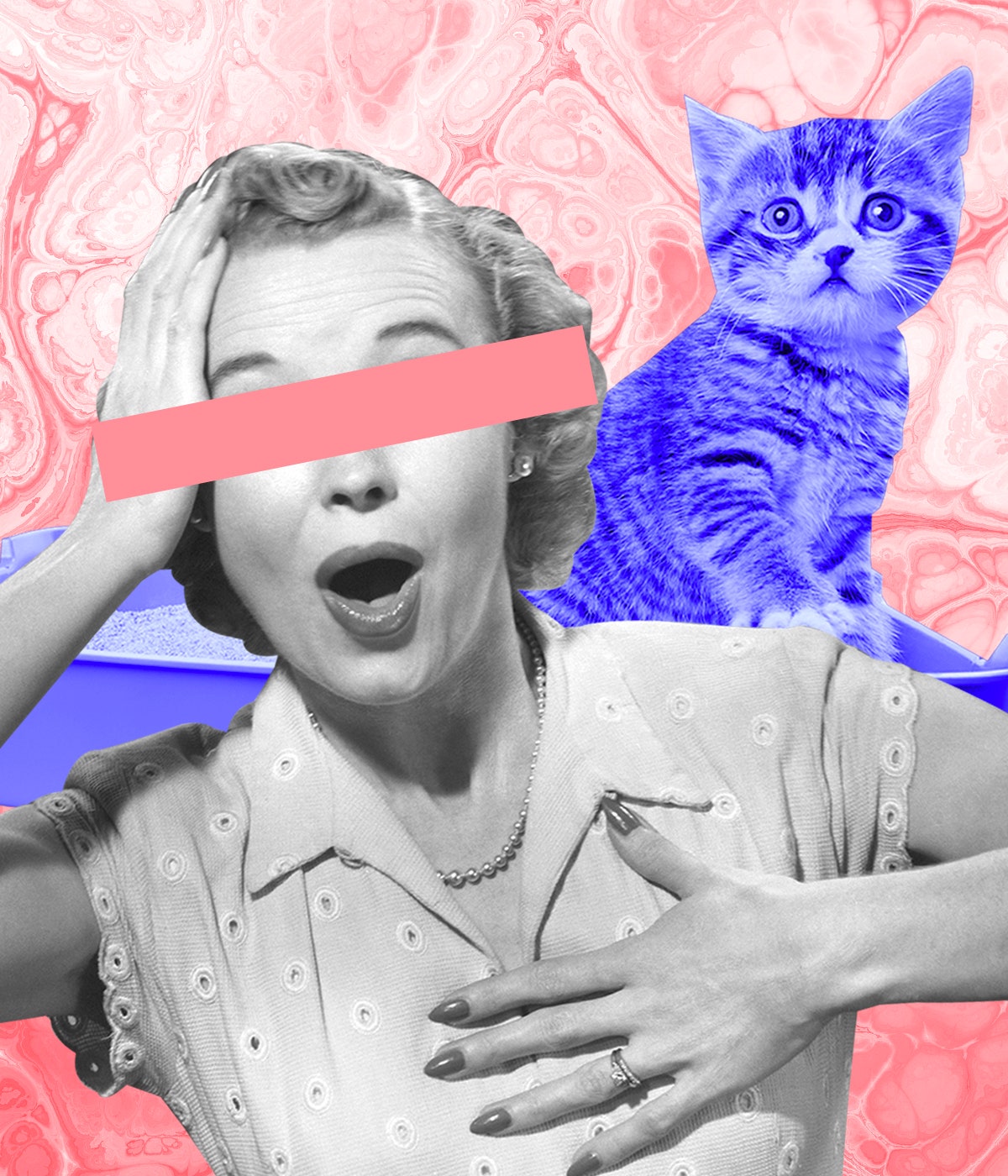 One patient was overjoyed to discover she could smell her cat’s dirty litter box again.

Betting on the Practice

Some devotees, like Hunter, believe training helps restore smell function. In fact, it was during one of her sessions that she got her first whiff: She smelled the vinegar she was using in place of the eucalyptus. A few days later, clove followed. “I actually started crying because I was so excited,” she says.

But not everyone has been so successful. Katy Dunlop, 46, of Nottinghamshire, England, reveals she only gets occasional hints of fragrances two months into her practice. And Eve Clubb, 34, of Graham, North Carolina, reports as of day 51 of trying, she can only occasionally pick up random odors that aren’t there "like an amputee getting phantom leg pain." Dunlop has gone with the original four scents while Clubb and Hunter chose a mix of the traditional and what they have on hand (in Clubb's case, a fresh-cut lemon as opposed to the citrus oil; in Hunter's, vinegar, which she picked because she knew it to be pungent).

For Clubb and Dunlop, pressing on seems logical even if it can be frustrating at times. After all, perfumers, sommeliers, and other scent gurus hone their instrument with years of practice in a similar way. Plus, as Hunter puts it, "I'm an athletic trainer. If somebody comes in with a sprained ankle or if somebody has hurt their shoulder they have to do rehab therapy to get better. I take it as the exact same thing."

For those struggling, anosmia is incredibly disruptive. Hunter says the inability to taste that came along with the lack of smell made her lose the joy in eating. "It totally ruins your hunger cues. I had to start being cognizant of when it was time to eat. I wouldn't get hungry because nothing sounded appetizing." She found that playing with texture — mixing up crunchy and smooth foods — helped her cope.

Another side effect: She also began focusing on cleanliness. "I couldn't smell my armpits, so I felt like I needed to shower like twice a day because I didn't know if I stunk or not."

Clubb describes the emotional pain of no longer being able to pick up favorite fragrances. "You don't realize how much smell and memory connect with each other. I miss how my husband smells when he gets up in the morning, his pillow." she adds, tearing up, "I can remember the first thing I did when my daughter was born was I smelled her breath because it was the breath of life." Frustrated, she says, "Nobody talks about the emotional toll you go through."

So perhaps it's unsurprising that both she and Dunlop agree it's worth continuing with their training in the hopes that one day they’ll be able to perceive fragrance. "It's better to be proactive than do nothing," Dunlop insists.

One bright spot: It's giving a chance for people struggling to smell — whether due to COVID or other illnesses or conditions — to bond. Oakley says she's seen people share their triumphs and set-backs on the organization's Facebook forums. "[One member] posted in delight because she could smell her cat's dirty litter tray!" Frauke Galia, the founder of F.A.L.K. Aromatherapy, who has launched her own guided smell training program, agrees. "What I heard consistently from the anosmia community before COVID is that they felt invisible in society. Suddenly loss of smell is not only all over the news, but thousands of people are actually experiencing it themselves. [They’re] finally feeling heard a bit."

Beth Shapouri is a beauty, health, and lifestyle writer living in Brooklyn, NY. You can follow her on Instagram.