Each year, the ASPCA honors animal welfare professionals, members of law enforcement and public officials for their exceptional efforts to tackle animal cruelty across the country. Earlier this week, six remarkable individuals were celebrated with the 2022 ASPCA Champion for Animals Award. From New York to Iowa, these Champions worked relentlessly toward a shared goal: protect dogs in puppy mills.

Puppy mills are operated by cruel commercial dog breeders who want to maximize profit by producing the highest number of puppies at the lowest possible cost. Too often, these animals are discovered neglected and living in horrific conditions.

The U.S. Department of Agriculture (USDA) is responsible for ensuring that animals raised in these facilities are protected against harm, but the agency’s enforcement actions have plummeted over the years, causing severe welfare problems for the very animals they are assigned to protect.

From rescue operations to advancing legislation, this year’s Champions took matters into their own hands to secure a brighter future for commercially bred dogs.

“This year’s ASPCA Champion for Animals Award recipients share a deep commitment to helping and protecting victims of animal cruelty through on-the-ground rescue work and effective state legislation,” said Matt Bershadker, ASPCA President and CEO. “We honor their dedication and accomplishments and hope these efforts inspire even more acts of compassion to support animals in need.” 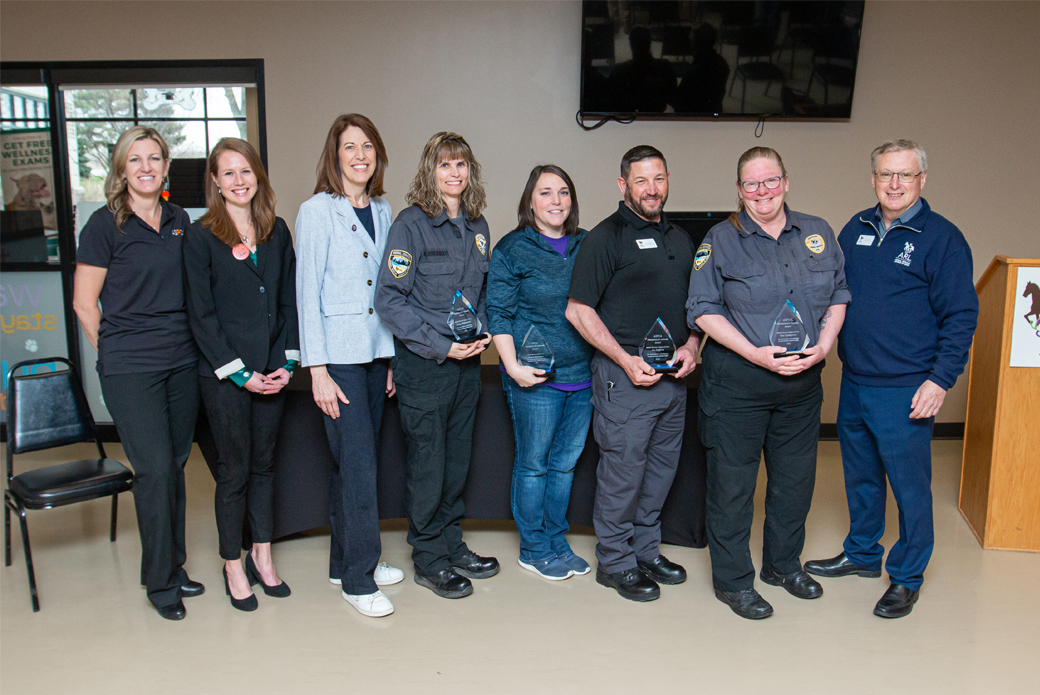 Last year, the Animal Rescue League of Iowa played an instrumental role in the lifesaving rescue of more than 500 dogs from horrific conditions at a USDA-breeding facility in their state. Robyn, Joe, Tina and Megan brought more than 100 years of combined experience to this operation, which proved to be invaluable in saving the lives of so many animals.

They were recognized during an award presentation held at their facility with remarks from ASPCA representatives and U.S. Representative Cindy Axne, who introduced federal legislation in response to this disturbing case. A special guest was in attendance–Doree, a four-year-old golden retriever rescued from that Iowa puppy mill. Doree has since been adopted into a safe, loving home. 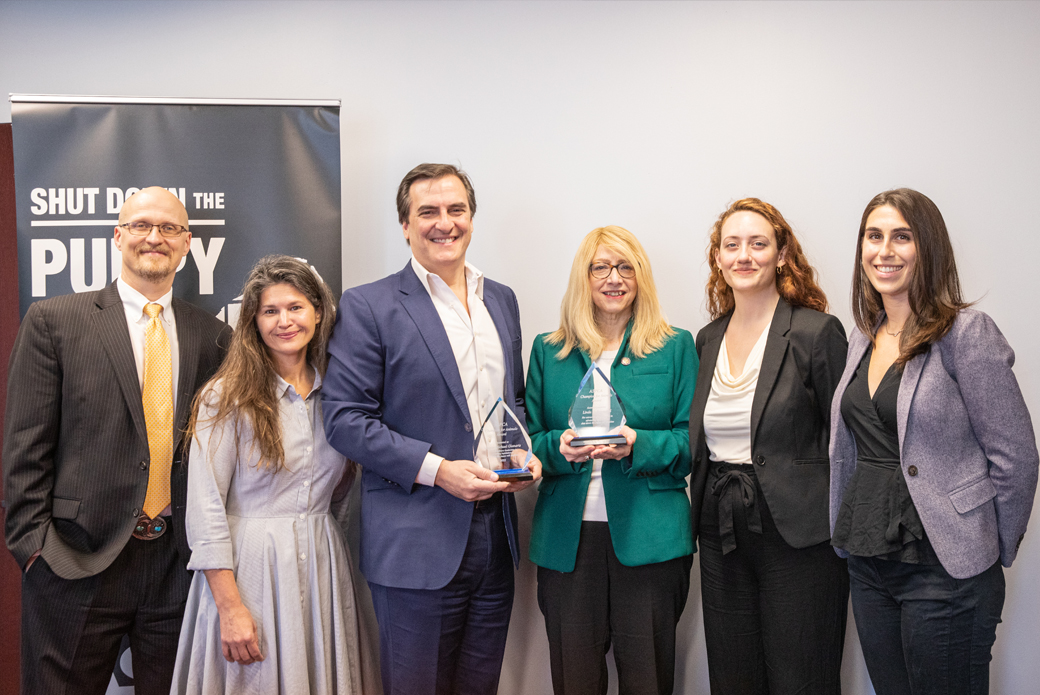 During an award presentation in New York, Senator Gianaris and Assemblymember Rosenthal were recognized for their outstanding leadership in advancing legislation to shut down New York’s puppy mill pipeline.

New York State has one of the country’s highest numbers of puppy-selling pet stores. These businesses often source puppies from out-of-state, low-welfare commercial breeders like Daniel Gingerich, a USDA-licensed breeder who operated in Iowa, and was allowed to continue selling puppies to New York stores after racking up almost 200 violations of the federal Animal Welfare Act. This cruel and broken system is made possible because it is still legal to sell cruelly bred dogs in New York pet stores.

To better protect consumers, public health and animal welfare in New York State, Senator Gianaris and Assemblymember Rosenthal introduced the Puppy Mill Pipeline Bill to end the retail sale of dogs, cats and rabbits in New York pet stores, which would strike a major blow to the cruel and deceptive puppy mill industry.

On behalf of animals across the country, and in hope of continuing to build a more humane world, thank you to this year’s Champions!

Want to advocate for animals in your state? Visit the ASPCA’s Advocacy Center to see a list of current, actionable alerts, where your voice will make a difference and improve laws for animals.