Nora F. was on Facebook when she noticed that the ASPCA needed foster caregivers for cats and kittens in Los Angeles. She and her husband Mike agreed to foster a four-month-old petite kitten who liked to climb, so they named her Squirrel.

Squirrel has a minor medical issue—a prolapsed anus—a condition that causes cats to strain and push while defecating, which inflames the rectal tissue. 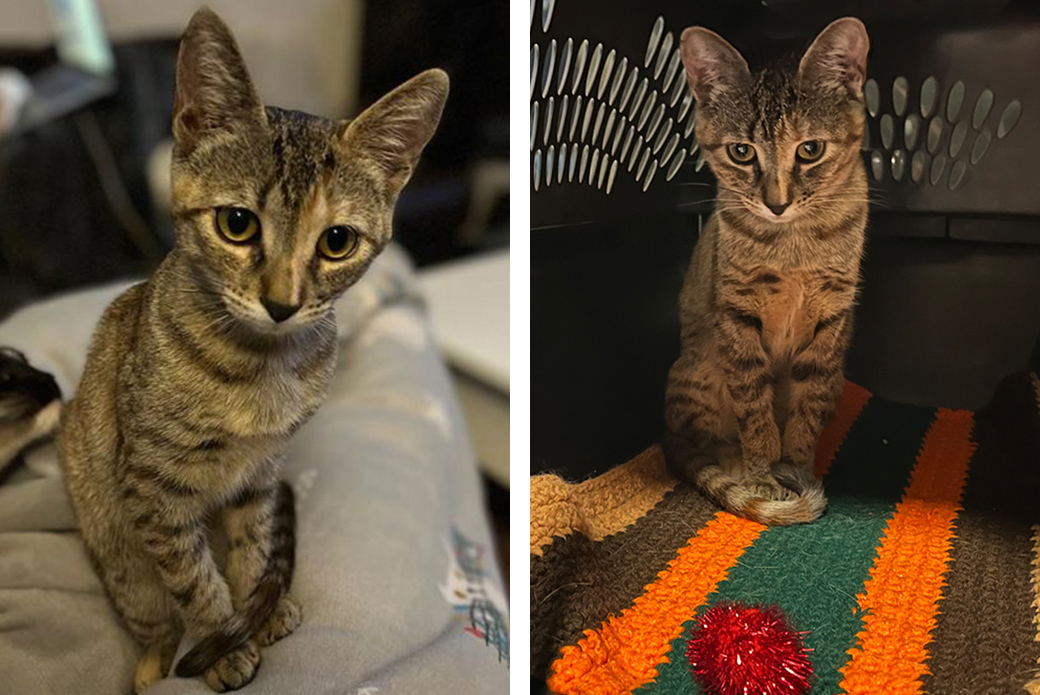 “She needs a little extra TLC to keep that area clean, and we’re hopeful that, as she matures, it goes away,” says Dr. Connors. “Other than that, she’s in good shape.”

“I’ve never met a cat I didn’t like, and that includes Squirrel,” says Nora, who began fostering cats for the ASPCA in June 2021. “She’s a great catch because she got along with all our resident cats and foster kittens.” 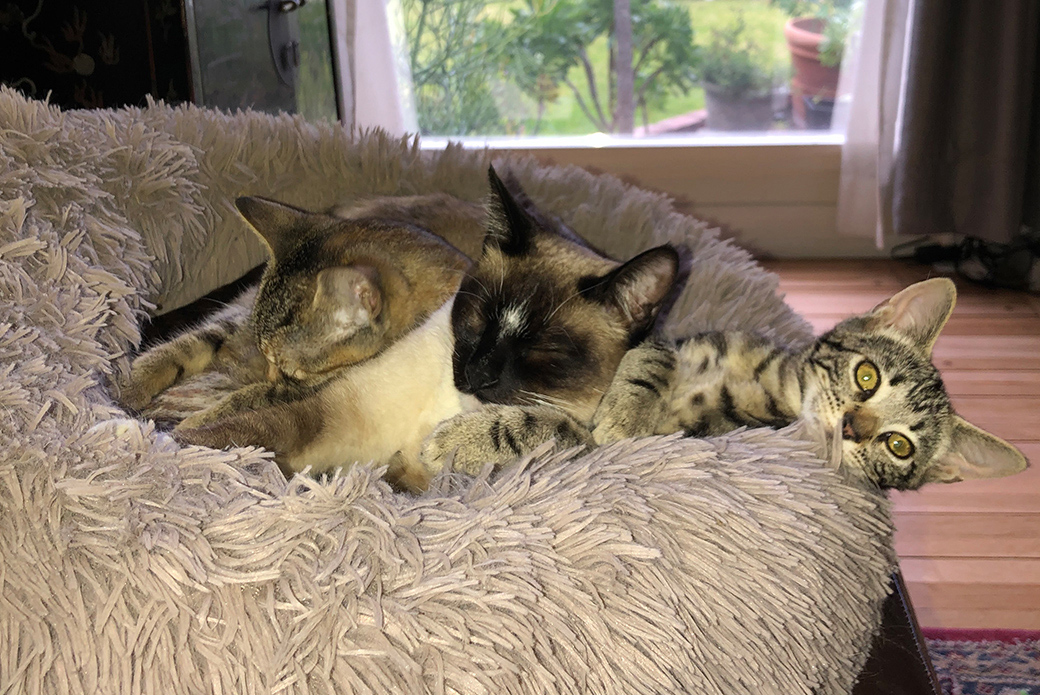 When Squirrel temporarily joined Nora’s household in Burbank in January, she befriended Nora and Mike’s four other cats: fellow fosters Hazel and Turkey, and resident cats, Meow-Meow and Pig. 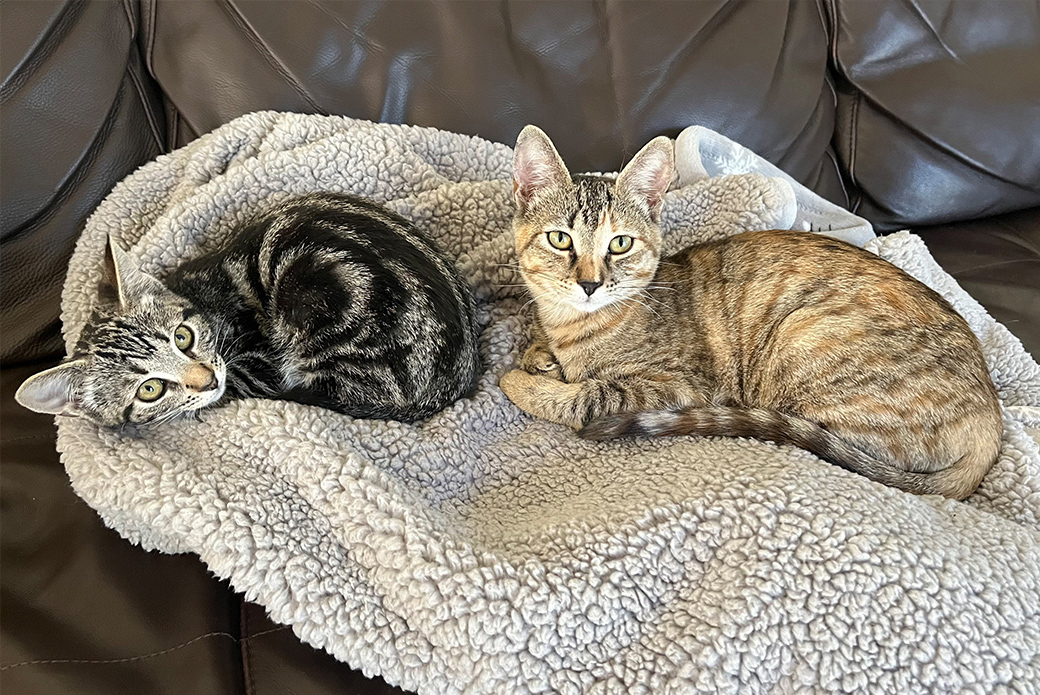 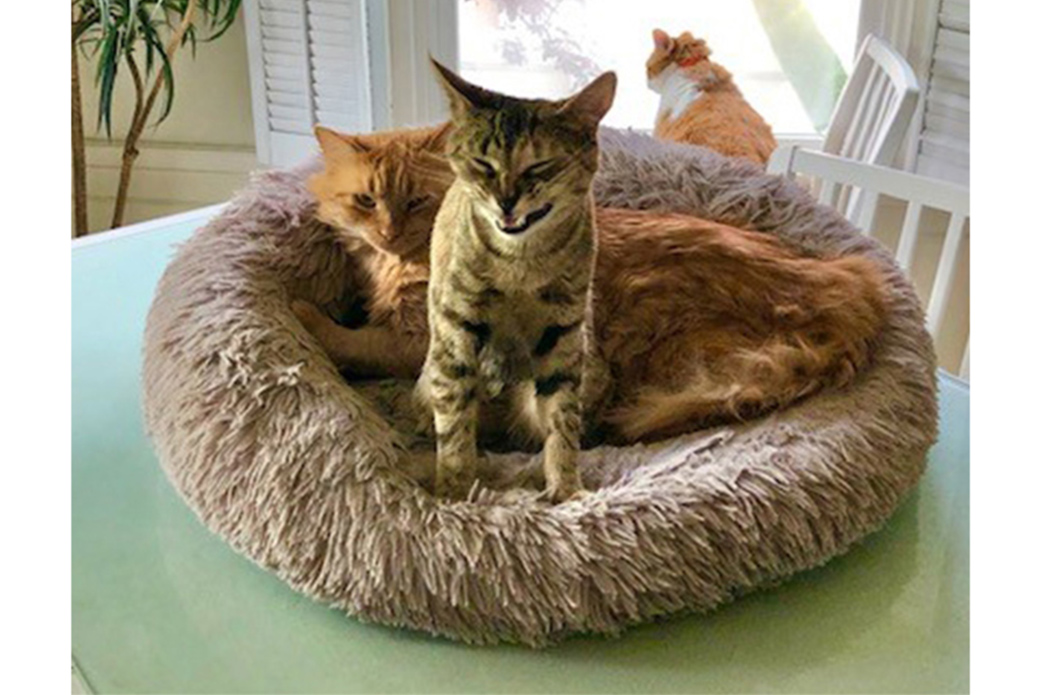 “I wanted to help more kittens, which is why I took on Squirrel,” says Nora.

“She liked being near me always and was very engaging.”

Nora created video clips to help promote Squirrel for adoption and networked Squirrel with the help of social media and community websites.

In April, the ASPCA coordinated a meet-and-greet via Zoom with a potential adopter named Amy H., who was looking for a second cat. Amy and her husband, Shawn, adopted Squirrel on April 21.

“We’ve always been a two-cat household,” Amy says of herself and Shawn. “We lost our older cat earlier this year. Our hearts were finally ready for another cat.”

Amy and Shawn adopted their current cat, Mimosa, when she was a kitten two years ago at the beginning of the pandemic. Mimosa—along with two of her siblings—had also been fostered by an ASPCA volunteer.

“We wanted a new friend for Mimosa because she needs constant attention, and when we heard about Squirrel, we thought she’d make a great companion.” 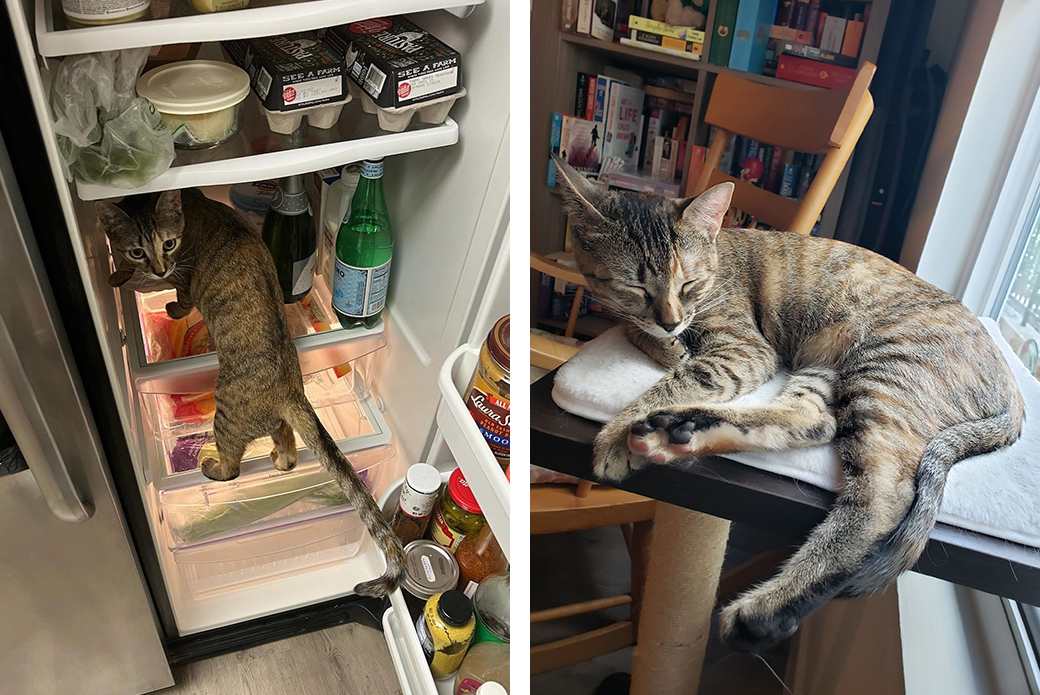 Both Amy and Shawn, who live in West Hollywood, grew up with cats, and Shawn has a history of adopting cats with special needs.

“We always worry that no one will adopt them,” says Amy.

“People sometimes get nervous about minor medical concerns like Squirrel’s,” says Nadia Oseguera, Senior Manager of Foster Care. “But it hasn’t been an issue.” 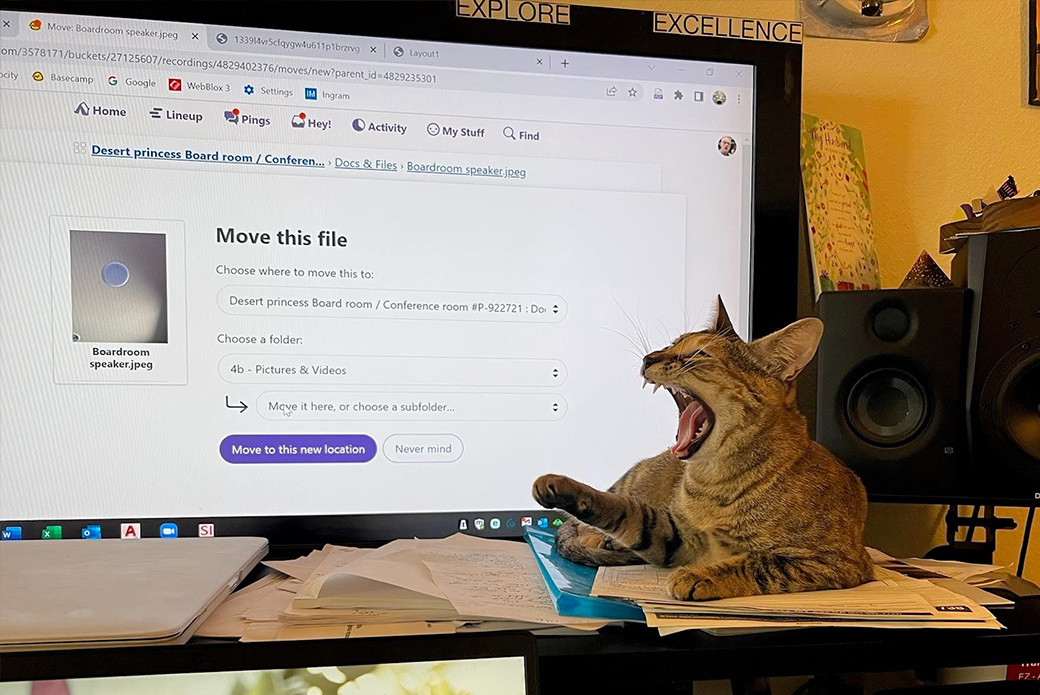 The couple also spoke with Dr. Connors, who told them that Squirrel’s situation is manageable and doesn’t slow her down at all.

“Dr. Connors made us feel comfortable and at ease,” says Amy. “We just keep the area clean, which is easy.”

Mimosa and Squirrel only took a few days to warm up to each other. 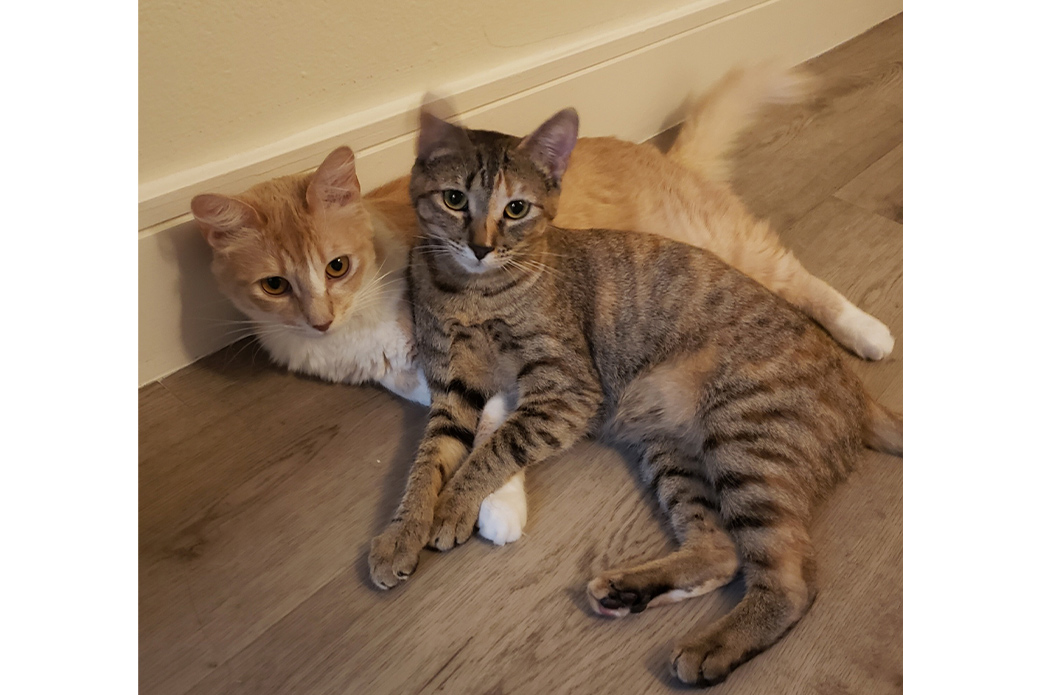 “Now they’re great; they play together and have a lot of fun,” says Amy. “Squirrel is also very curious and likes to get into things.”

For foster caregivers like Nora, it’s rewarding to see their efforts pay off.

“I put off fostering for so long because I thought I had to be home all the time,” says Nora. “But having all these precious kitties in our lives has been life changing. I wish I’d started sooner!”

“When I look at our girls together, they bring us so much joy,” says Amy. “Having animals is part of our life. We love being able to give them a good home, and in return, they make us happy.”