In May 2021, the ASPCA assisted in the removal of more than 90 neglected dogs from a Shadyside, Ohio, home. Following the rescue, many of the dogs were sent on their way to find loving homes with partnering shelters, while others remained at the ASPCA Cruelty Recovery Center (CRC) in Ohio for further treatment. It wasn’t until August 2021, that the final puppy in the group, Mochi, found the right home.

Mochi was born to a black-and-white spaniel-mix named Marge who was sent to Medvet after the rescue, a veterinary partner in Ohio where Rachelle P. works as a Registered Veterinary Technician (RVT). Due to a difficult birth, Marge was in heart failure, and sadly, her prognosis was poor. But Rachelle had connected with Marge in her time at Medvet, she’d even nicknamed the dog “Birdie.”

“Marge and I locked eyes immediately and picked each other,” Rachelle tells us. “I can’t really explain it, but she had my heart and I had hers. The doctor I was with that day took her case. I watched her little girl, her only puppy, be born.” Marge’s prognosis made recovery impossible, and sadly, she passed away shortly after giving birth to Mochi.

“I didn’t get out of bed for two days, I was heartbroken,” Rachelle recalls. “My sweet daughter painted a picture of her nose and paw prints. I promised Marge I would watch over her little one.”

Since Mochi was still a newborn, she was able to nurse from another Beagle-mix mother at the CRC named Cindy Loo and our staff continued to care for her and the other remaining dogs from the home. 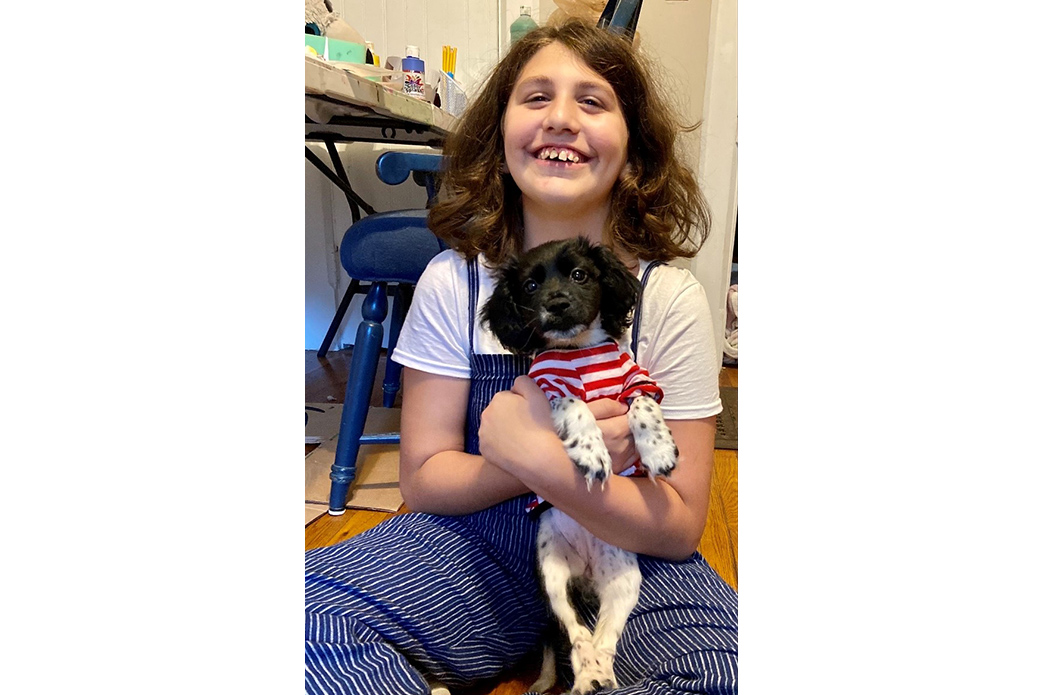 Mochi settled into the CRC and while she was feeding off Cindy Loo, CRC staff noticed that something was off. CRC veterinarians discovered that she had an abnormality in her aortic arch, a condition known as persistent right aortic arch, and needed to undergo surgery.

Rachelle was thrilled to hear that we had elected to pursue surgery for Mochi and while back at MedVet for the procedure, was able to see her.

Soon after, Rachelle was accepted to foster (and then adopt) Mochi. 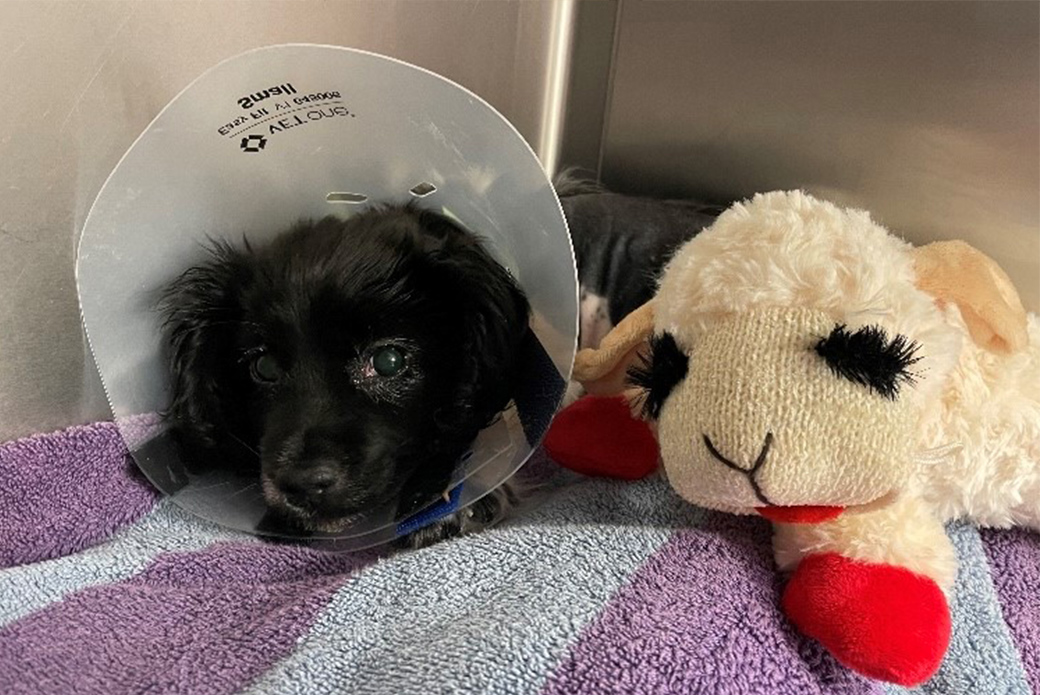 “I named this little one Birdie Bee after her momma because she looked just like her,” Rachelle says. “Surgery was performed, she recovered without incident and this little one is growing and putting on weight.”

Now, months after Birdie Bee’s adoption, she has doubled in size and continues to grow. She loves the other dogs in Rachelle’s home and fits in among the group.

Rachelle brings Birdie Bee everywhere she goes, but the sweet pup is happiest when outside or playing with her housemates. 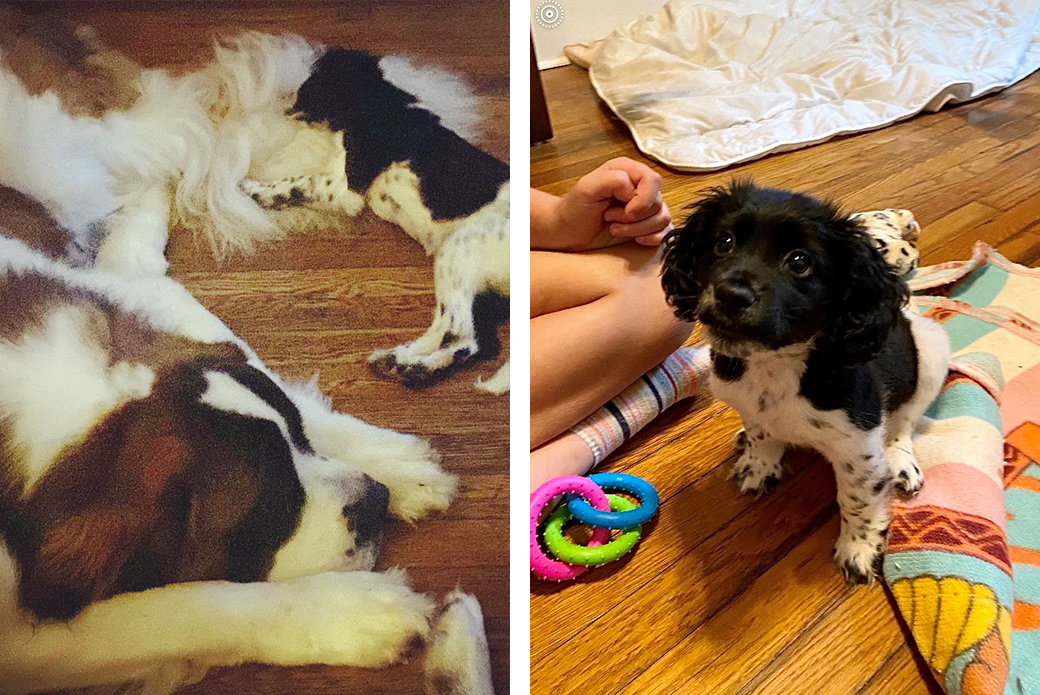 “I am forever thankful to the ASPCA for allowing me to raise this amazing soul. This was a perfect fit,” Rachelle tells us. “Birdie Bee is an absolute joy to take care of and has brought some much-needed happiness into our home. I know her momma is watching over her and is at peace knowing that she is in my home.” 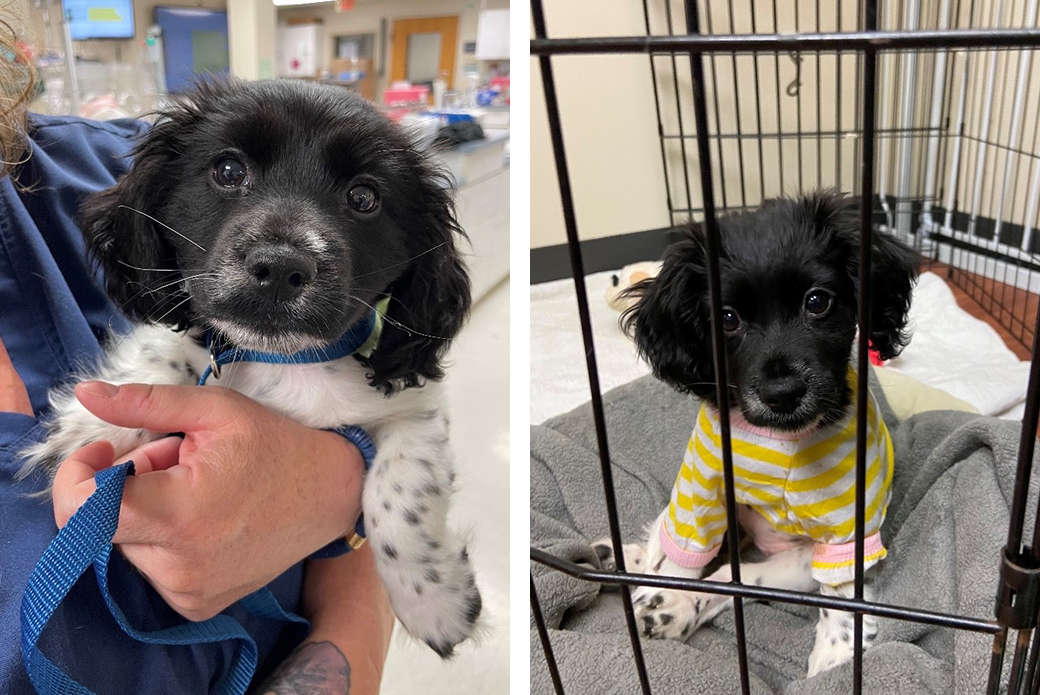