When Marissa M. moved to Worcester, Massachusetts, from Rhode Island last summer, she had her heart set on adopting a dog.

But it wasn’t until April 7 that she decided to reach out to several shelters regarding dogs she saw online.

“Second Chance Animal Services was the first to respond to my inquiry,” she says. 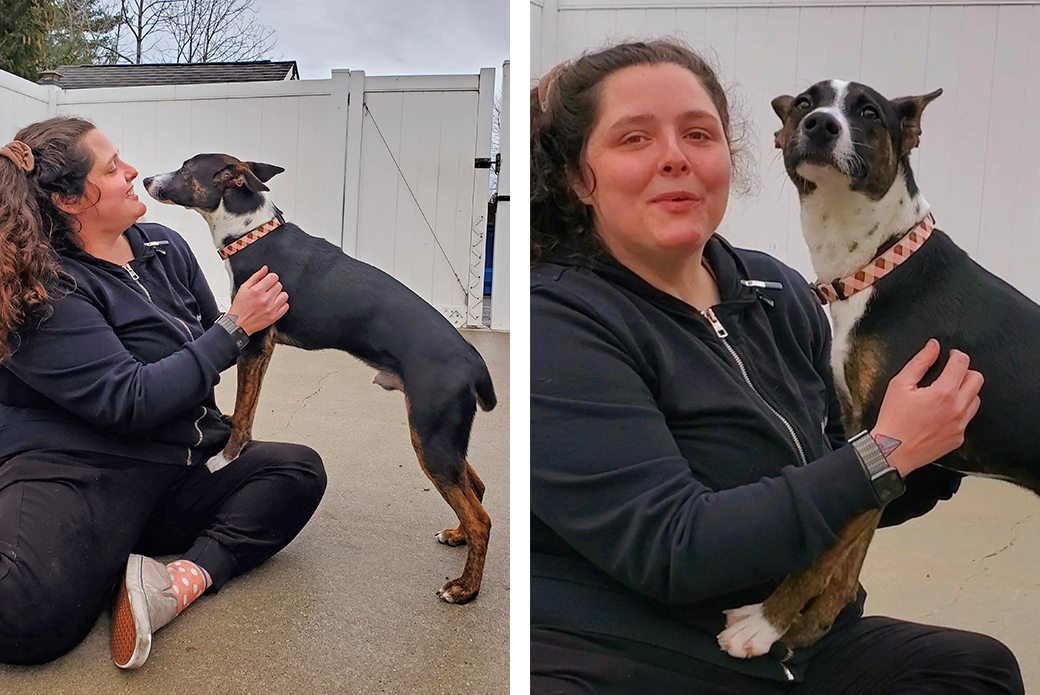 As soon as she entered the shelter, all the dogs began barking except one—a one-year-old cattle dog/Basenji-mix named Noah who had arrived at the shelter on March 26.

“He was very cute,” says Marissa. “I walked to his kennel, and he stood up as if to say hello to me.”

Adoption Counselors Trina Strandberg and Danielle Bowes explained that Noah was originally from Mobile, Alabama, and had the unique distinction of being the 200,000th dog transported by the ASPCA National Animal Relocation Program since the program started in 2014.

“When I heard he was such a special pup, I thought, ‘This is my opportunity,” Marissa says. “I adopted him that day.” 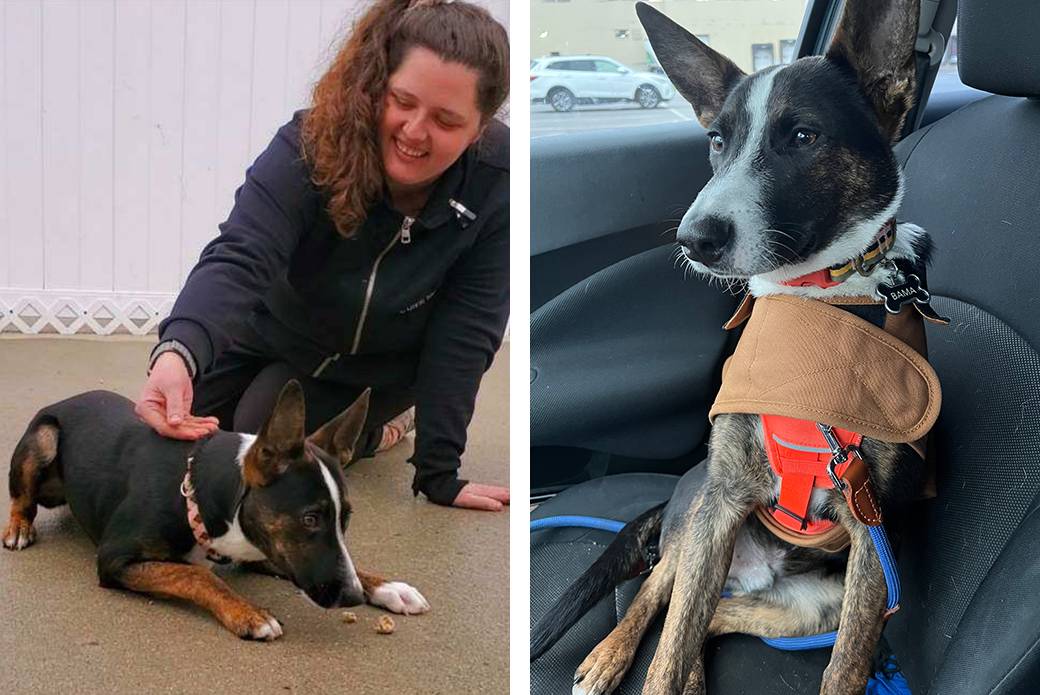 On the way home, Marissa addressed Noah as “Bam” to honor his Alabama roots. 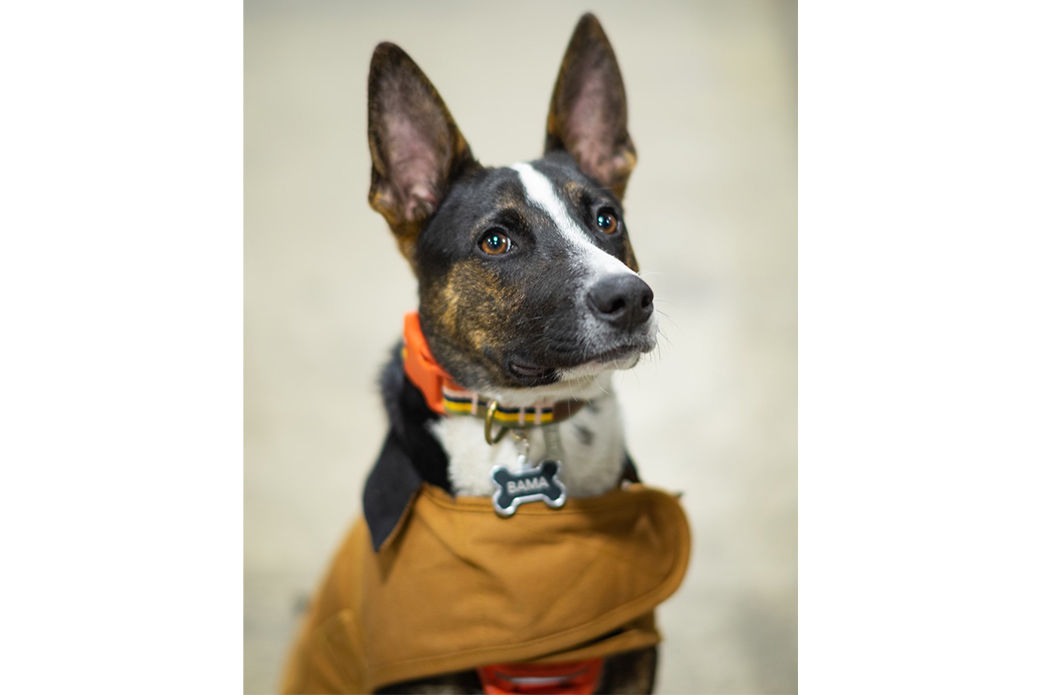 Found in a home in Wilmer, Alabama, after his previous owners moved, Noah—then called Snyder—entered the Mobile County Animal Shelter on February 18 and was transferred to Mobile SPCA on March 4.

A participant in the ASPCA Relocation Program since 2018, Mobile SPCA selected Noah and 36 other dogs for a trip north, where their chances of adoption would be greater. 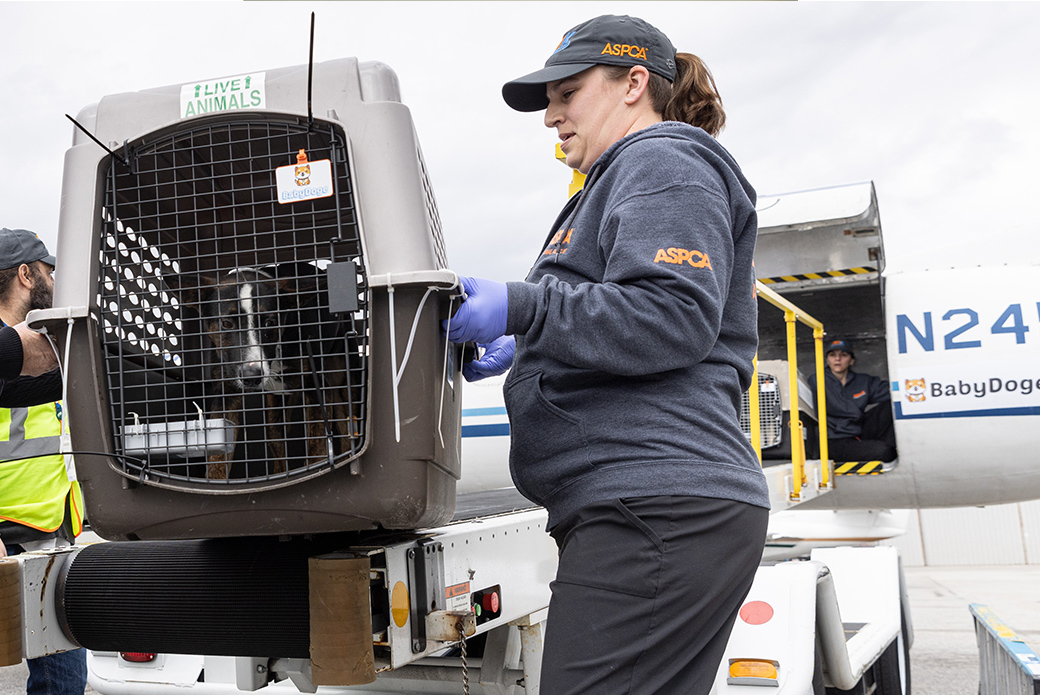 “We knew he would be a perfect fit for transport,” says Janine Woods, MSPCA’s Executive Director. “His friendly and energetic demeanor makes him a great pet.” 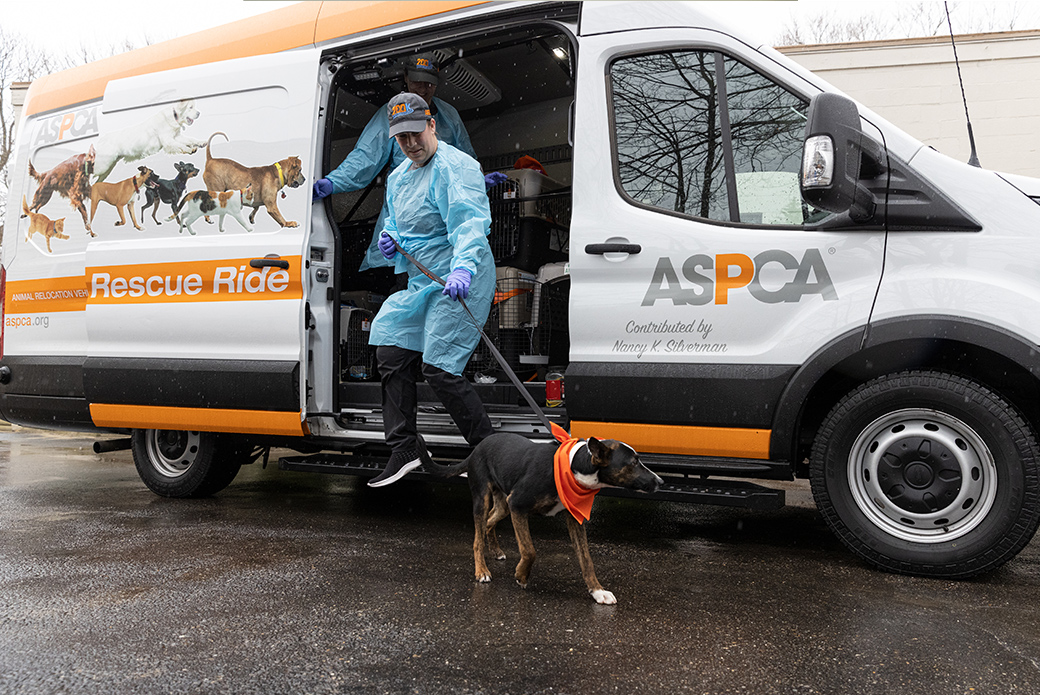 On Saturday, March 26, Noah and his canine colleagues were loaded onto the ASPCA’s Nancy Silverman Rescue Ride vehicle, named for the donor whose contributions have played a significant role in making the ASPCA the country’s largest national transporter of animals.

The vehicle brought the dogs to Mobile Regional Airport, where they boarded a flight. After a brief stop in Mississippi, where additional dogs boarded, all 70 arrived later that afternoon at the Worcester Regional Airport in Worcester, Massachusetts.

Happy at Work and at Home

Marissa, who works in the Massachusetts film industry, says Bama fit in right away—at home and at work.

“Bama’s made many friends at work and in the building where I live,” she says. “We have a dog park, and he loves playing with other dogs, especially Obi, my neighbor’s husky. They both cry when they see each other on walks.”

Working behind the scenes, Bama follows Marissa around the warehouse. 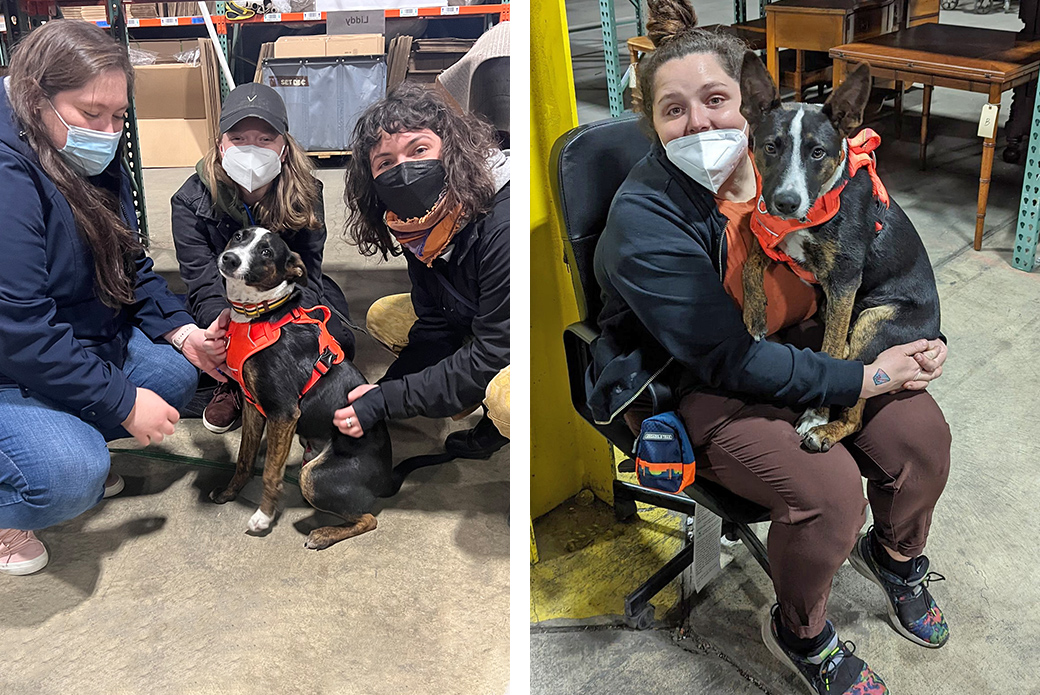 “He’s my little shadow,” she says.

“His puppy-ness is very apparent. Once, while I was out, he put all of my shoes on top of my bed but didn’t chew one,” says Marissa. “When we come home from work, he takes my shoes—the ones I’ve just taken off—and herds them.” 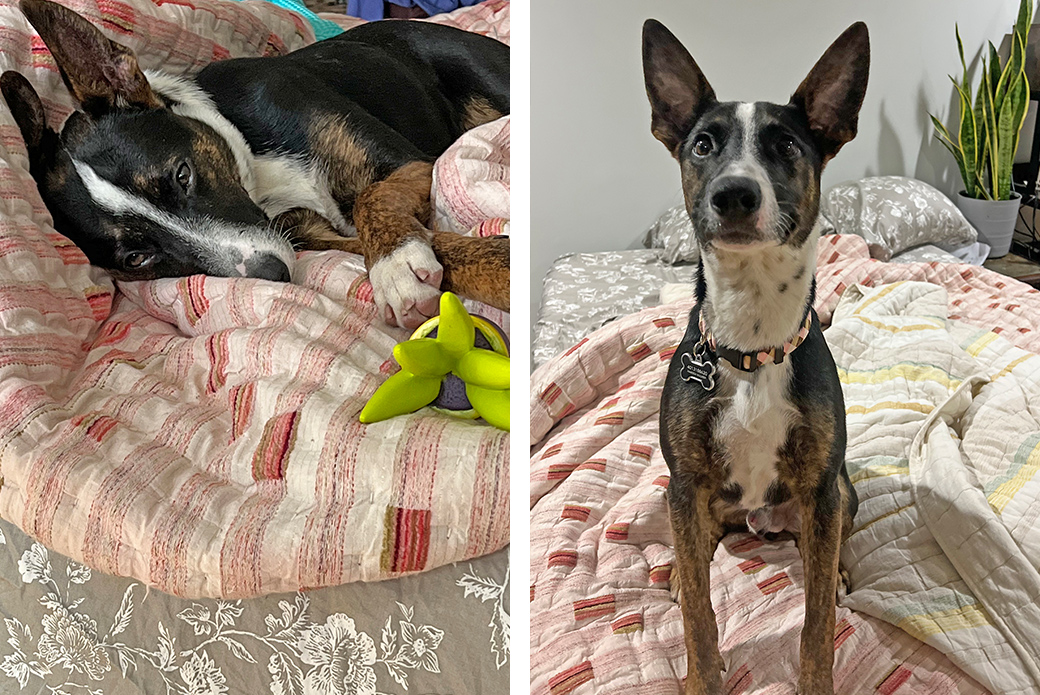 The Rewards of Relocation

For Janine Woods, Executive Director of MSPCA, and Sheryl Blancato, CEO of Second Chance Animal Services, participating in the Relocation program is rewarding.

“It’s such a treat for the staff and volunteers to see a happy ending,” says Janine. “It motivates us to move from one transport to the next.”

“For us, it’s completing the circle of saving a life,” says Sheryl, whose shelter has been a destination for ASPCA transports since 2018. “We are part of a big picture of helping pets get a second chance, which we are all about.” 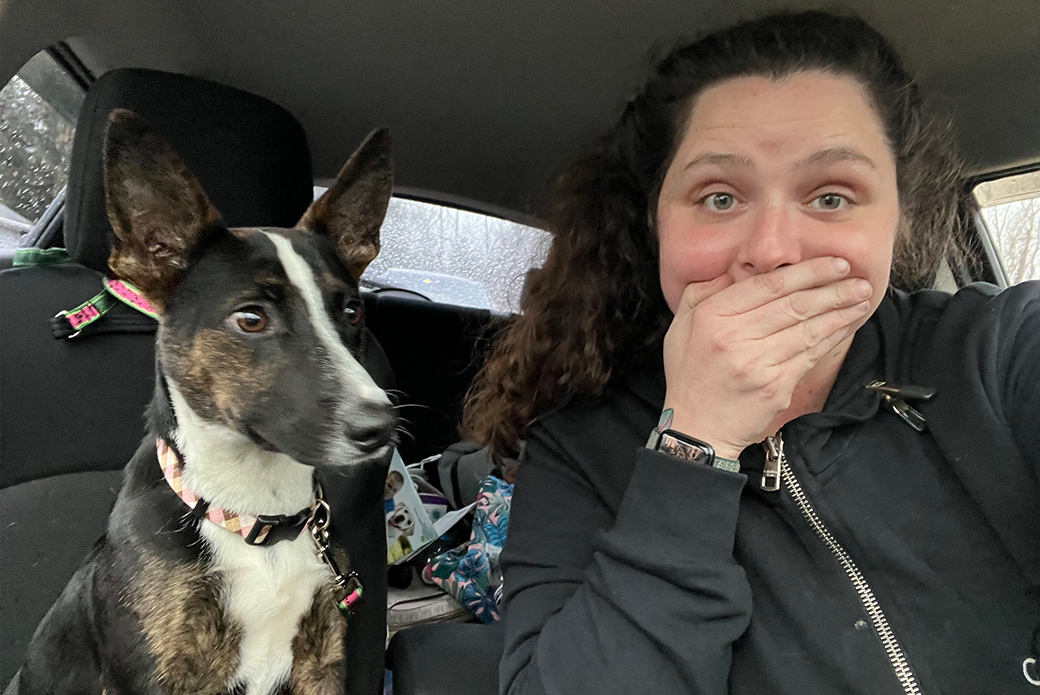 And even though Bama received the single 200,000th ticket on the ASPCA Relocation express, it’s Marissa who feels fortunate.

“He’s a real sweetie; I got very lucky,” she says. 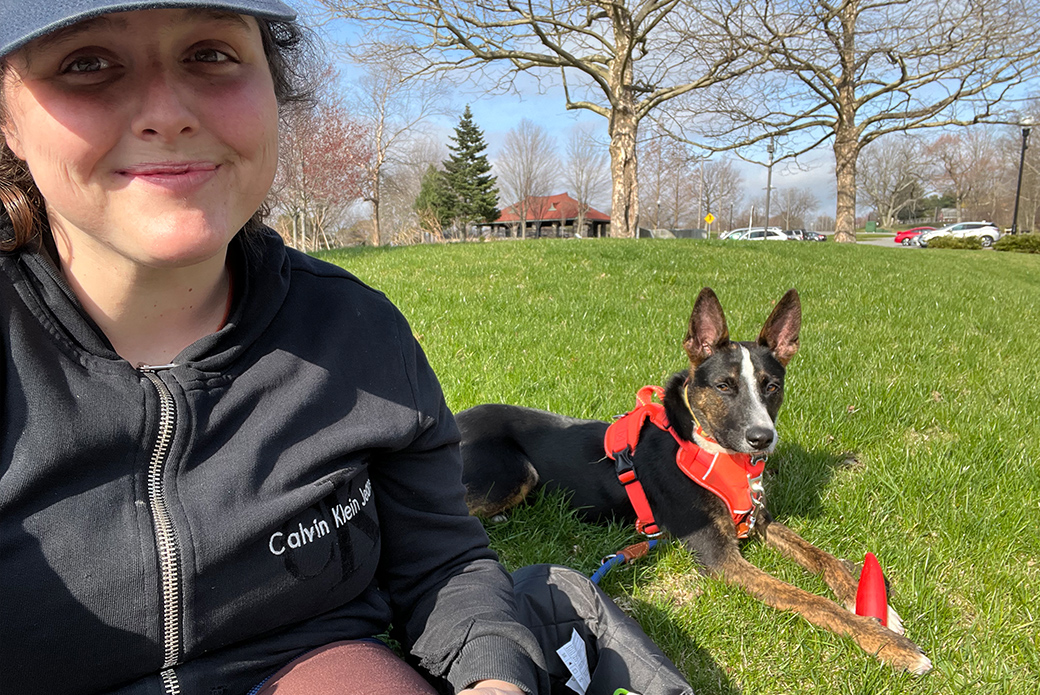