While on the phone with her best friend, Jeanette B. said that she was going to ask God for a sign as to whether she should adopt another dog after the recent passing of her beloved Pomeranian, Dolce. Unsure if she should wait it out a bit longer, Jeanette walked into the kitchen and saw the ASPCA on the news with two senior dogs, Ruby and Chicky, looking for a home.

“I told my friend I had to go and I called right away, like right away, and left a message,” Jeanette tells us. 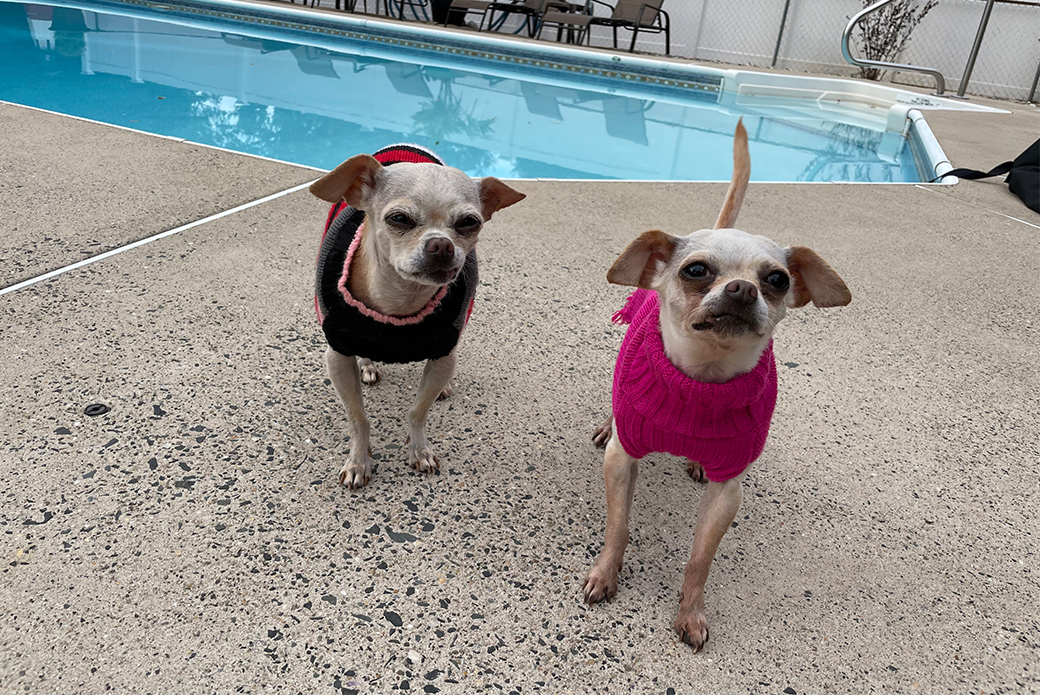 Soon enough, our Matchmakers called Jeanette back and began the interview process. After determining that Jeanette and her husband would make a great fit for the dogs, the couple traveled from New Jersey to the ASPCA Adoption Center in New York City to meet the senior duo.

“I saw them and I knew there was no way I was leaving them. I fell in love with them right away,” Jeanette recalls.

For Jeanette and her husband, dog adoption is nothing new and they’d adopted senior dogs before as well.

The couple started 20 years ago when they adopted a Shih Tzu. Having seen a family advertise a dog they no longer wanted, Jeanette and her husband decided to give the dog a home. When they arrived, they found a brown, matted dog tied up to garbage pails outside.

Jeanette and her husband immediately took the dog home and bathed him, coming to find that the dog was white, but had been covered in dirt for so long that he had turned brown.

Following the rescue of their Shih Tzu, the couple adopted a dog found in a dumpster with a hernia and a broken leg, another dog their daughter brought home that was found in an abandoned apartment, a long-haired Chihuahua named Shak who had lymphoma, and a mixed-breed dog named Serena who had congestive heart failure.

Having had multiple dogs in and out of their home for many years, the couple took a break from adopting dogs until they met Dolce, a 12-year-old Pomeranian. 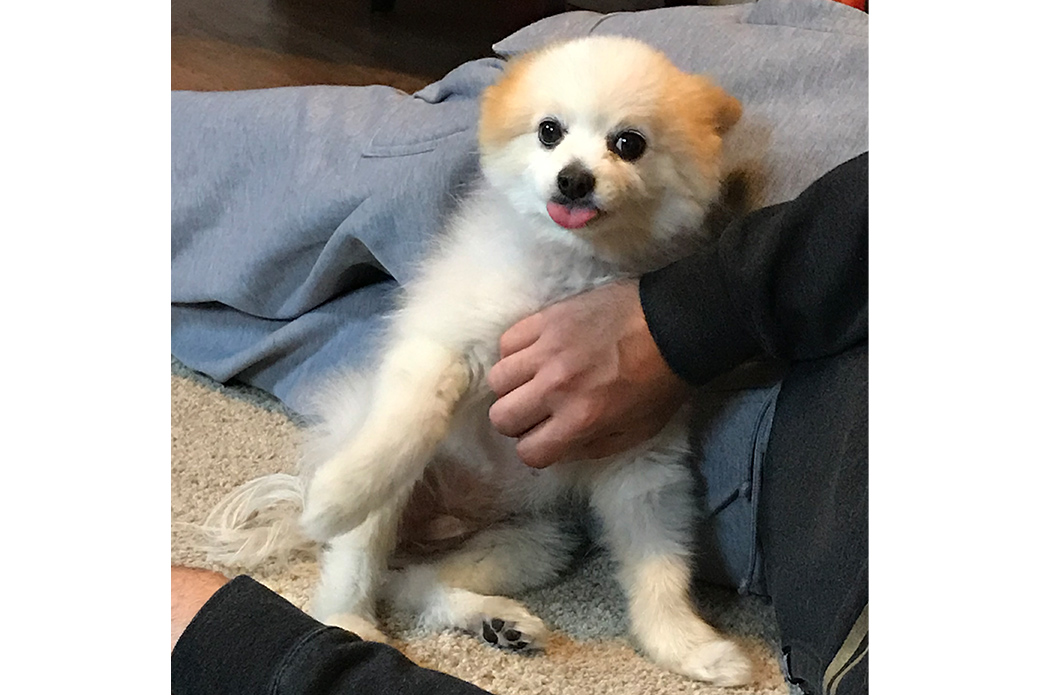 “I told my husband, I’m not leaving a 12-year-old dog in the shelter,” said Jeanette.

Having cared for Dolce for around three years before he passed, Jeanette and her husband felt lonely without another dog in the home. So when Jeanette saw Ruby and Chicky on the news, “there was no hesitation at all.” 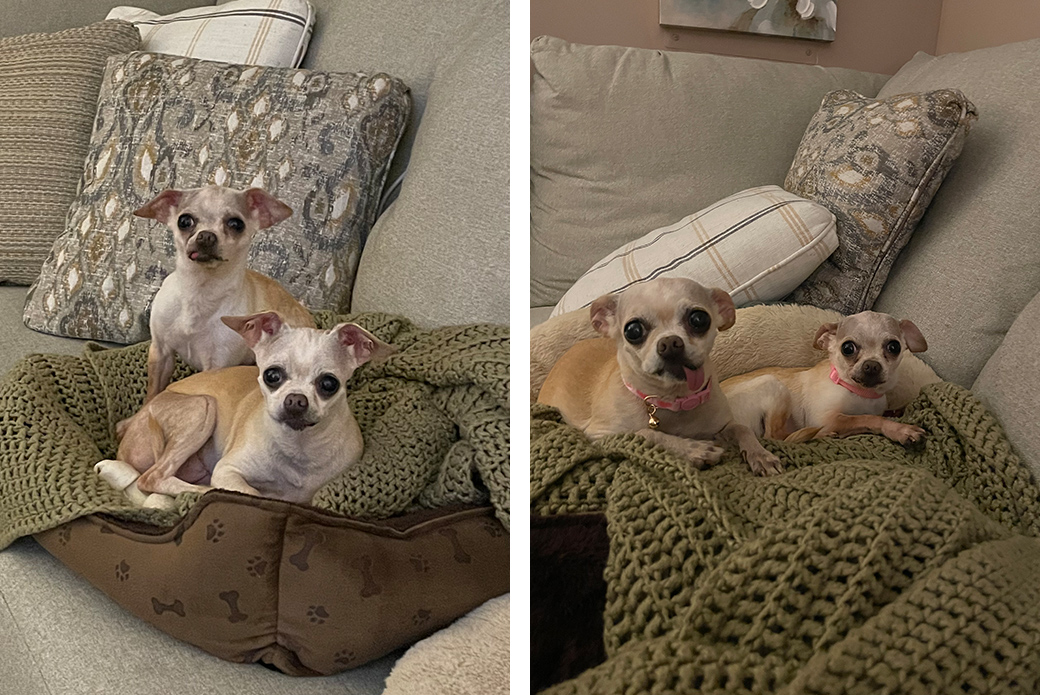 Life Outside the Big City

On the day Jeanette and her husband picked up Ruby and Chicky, she sat in the backseat with them for the hour and a half ride.

“They were looking out the window and I said, ‘say goodbye to New York girls!’” Jeanette tells us. “I keep calling them native New Yorkers because when we got out of the car, I let them go to the bathroom and they wouldn’t step on the grass. They were just looking at it and backing up. I said to my neighbor, ‘Forgive me but they’re New York City girls, they don’t know that there’s grass on the sidewalk—they’re street walkers!” 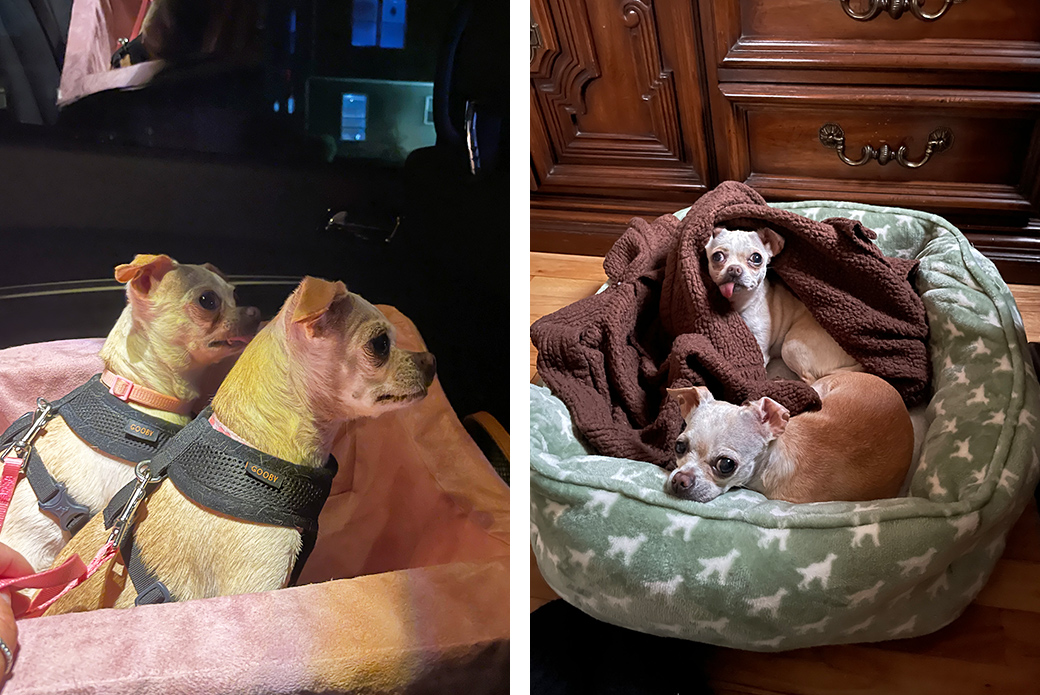 Since getting used to life in the suburbs, Ruby and Chicky have come to love running around in the grass and chasing Jeanette’s son around in the backyard.

“Chicky hops like a bunny rabbit,” Jeanette says. “And Ruby is the inspector, she has to inspect everything.”

Aside from taking some time to learn to love the grass, Ruby and Chicky acclimated to their new home right away.

“They ran right to the kitchen to the sliding door to go outside, like they already knew,” Jeanette recalls. “I also told them, ‘go to bed, girls!’ and they went running right to bed!” 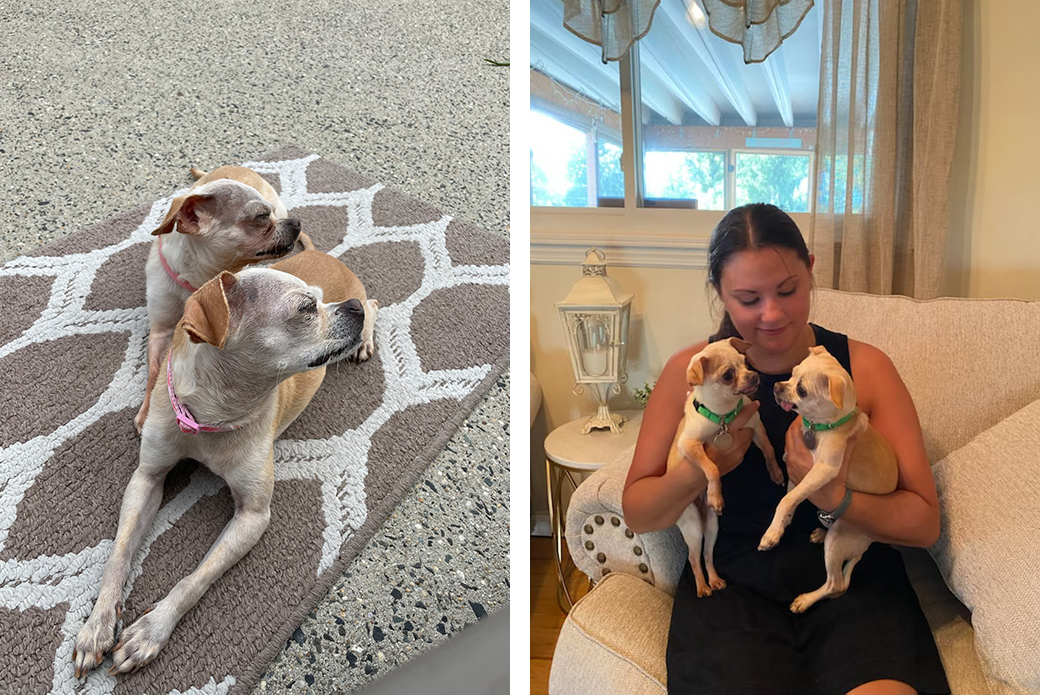 Ruby and Chicky, like many senior dogs, were already set in their ways, with their own personalities making it easy to settle into their new home quickly. They had also grown out of childish behaviors like accidents in the house.

Though they settled in quickly, these golden girls still had some exciting new things to learn, like their newfound love of romaine lettuce, sniffing the wind and barking at the neighbors’ dog as they walk by their house. 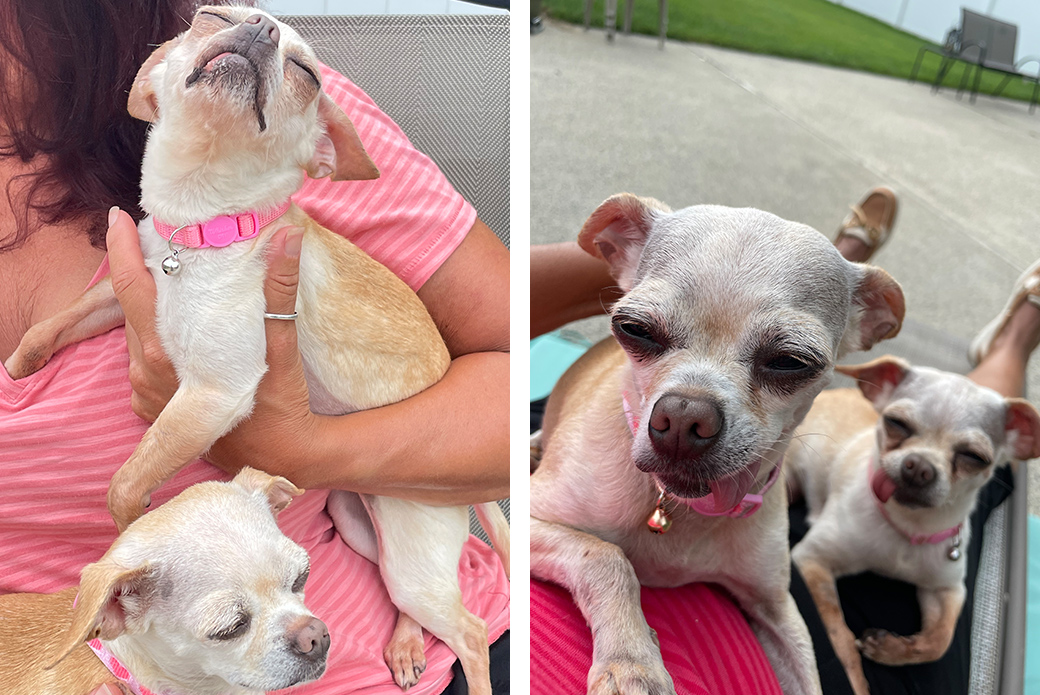 “Every day is a new adventure,” Jeanette tells us.

Having had experience in the past with senior dogs, Jeanette knew what she was getting into when adopting Ruby and Chicky, however, she offers some advice for those looking to adopt a senior animal.

“You have to have a lot of patience. They had previous ways of living, good or bad, but now they have to live in new ways, and they have to trust that you’re not going to get rid of them. But they are very grateful and become very trustworthy. It’s not always easy, but it’s worth it.”

Ruby and Chicky may have a few extra birthday candles, but they have just as much love to give as any other dogs!

“I was crying every single day about my other dog because it was very empty here,” says Jeanette. “The dogs add life to the house, and they are very easy to love. They are so grateful it’s unbelievable. I’m really happy that the house has life in it again.”