Home » Pet Care » With Help from Matchmakers, An Adopter Finds His Friend

On a cold day in February, a one-year-old cat was abandoned in a box in the lobby of the ASPCA Adoption Center in Manhattan.

ASPCA staffers named the brown tabby Tatum. Stressed and fearful, he was examined by veterinarians, then placed in a large cat condo with toys, bedding and food.

“He didn’t come out of his hidey box very much,” says Delia Kurland, Senior Director of Operations for the Adoption Center and Kitten Nursery. “When he started to respond to human contact, he was moved to my office.

“Even though he was shy, we made progress,” adds Delia, whose office is on a quiet floor. “Tatum loved to explore and is an agile jumper. He just needed a patient adopter to give him time to come out of his shell.” 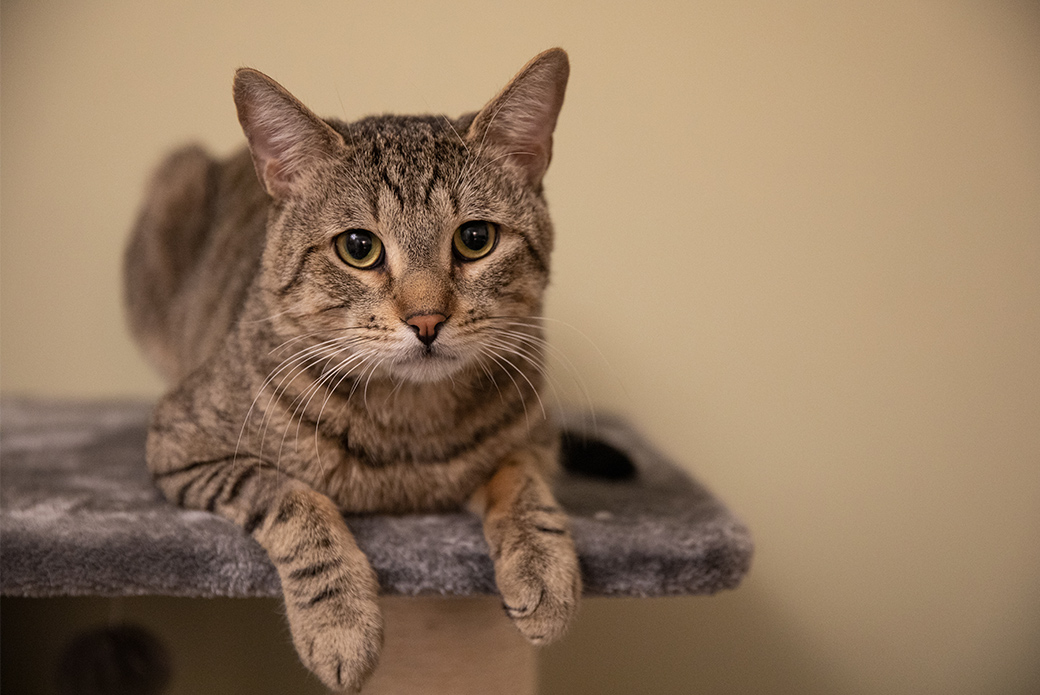 That adopter was Kevin A., who took in Tatum on March 19—exactly one month after he was abandoned—and re-named him Tater. Days later, Kevin wrote a five-star review on Yelp about his adoption experience.

“I fell in love with a cat named Tatum…now Tater,” he wrote. “He was not a happy cat in the shelter…but a few days later, he was home with me cuddling, purring and making biscuits.”

(“Making biscuits” is when cats knead, pushing their front paws up and down on a surface. The action resembles humans kneading dough and is a sign of love and affection.)

From Canine to Cat

After Kevin’s 13-year-old Toy Poodle, Louie, died nearly two years ago at the height of the pandemic, Kevin didn’t think he would ever adopt a pet again.

But he eventually began looking for a cat and followed the suggestion from an ASPCA Matchmaker that he meet Tater. He made an appointment for March 19.

Tater was finishing a meal when Kevin arrived to meet him. He and a friend sat on the floor, dangling a wand toy. 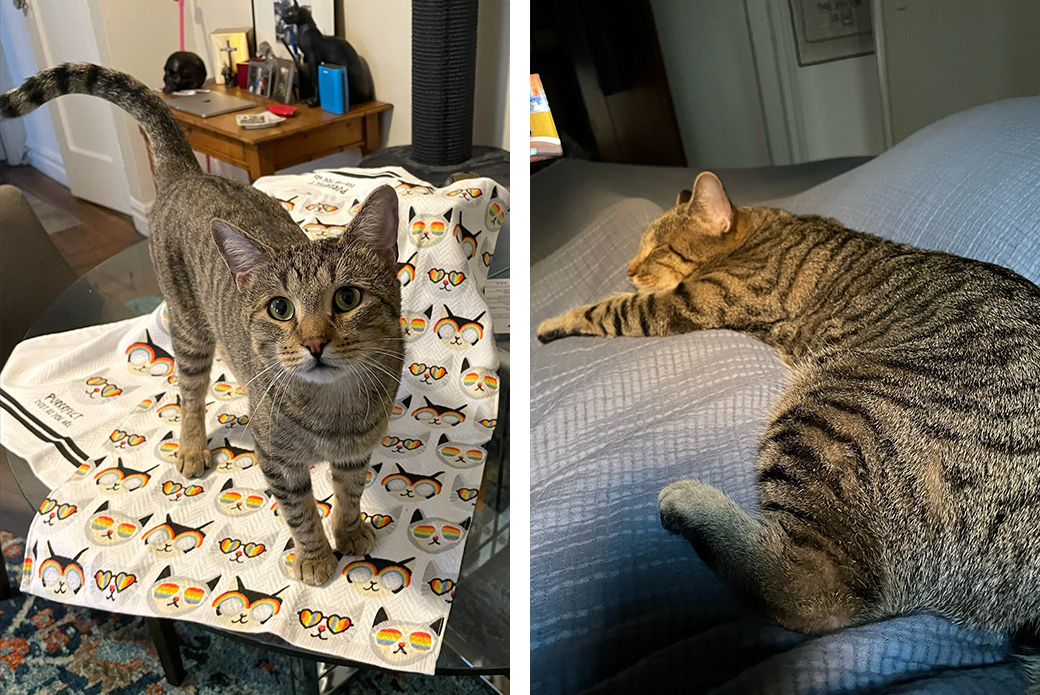 “Tater would roughhouse and then stop, and I said, ‘I think this is it,’” says Kevin, who fell in love with Tater. “He went right into his carrier. We got home, and he’s owned the place ever since.”

Kevin emails the ASPCA routinely, thanking the Matchmakers and crediting them with helping him find the purr-fect cat.

“They felt that Tater had potential,” says Kevin. “And they saw the potential in me and helped me make a connection. 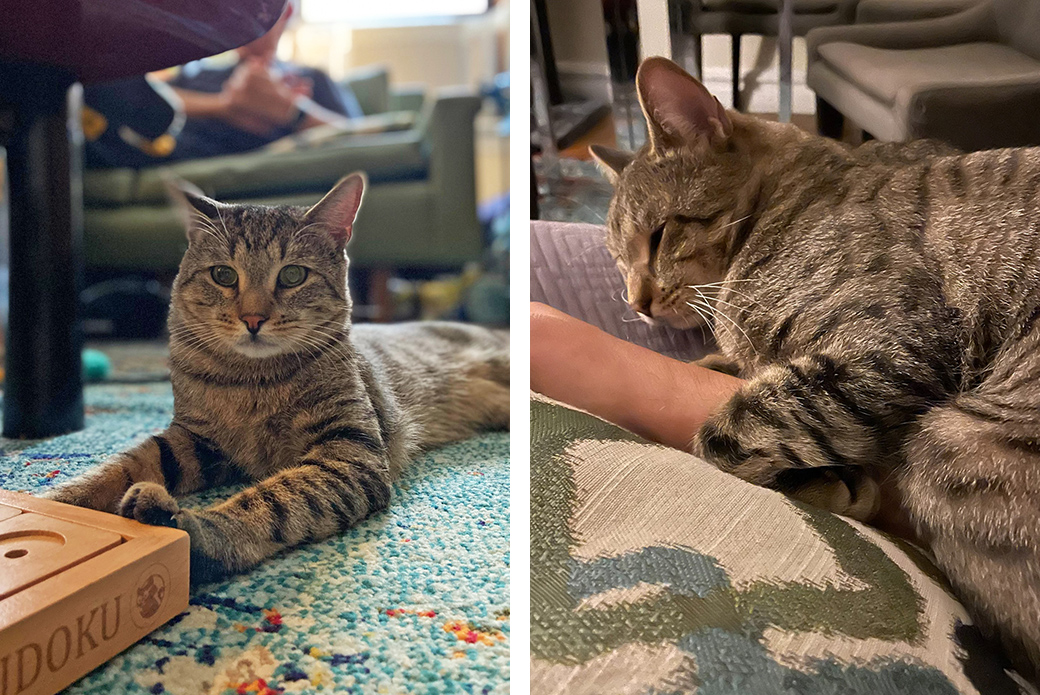 “I can’t imagine my life without him; we were made for each other,” he adds. “Tater opened my heart up again. He’s magical.”

Kevin sent a series of photos to the ASPCA that show Tater snoozing in his pineapple-shaped bed, looking out the window and resting after playing. 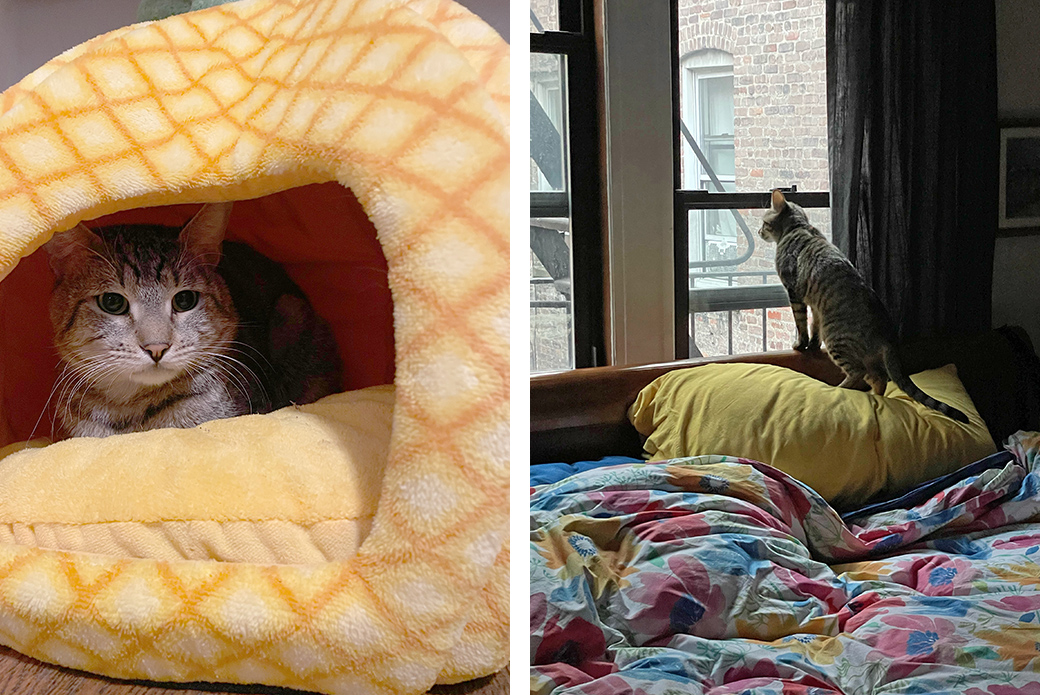 “I just wanted everyone to see how he settled in,” Kevin says. “He charms everyone he meets and never leaves the room when people are here. But if the mourning doves are on the fire escape in the bedroom, they must be observed for hours!”

In a recent note, Kevin described how Tater sits in his lap, plays and sleeps. A stuffed bird on a stick is his favorite toy. Tater and Kevin, who works from home several days a week, are rarely out of each other’s sight. 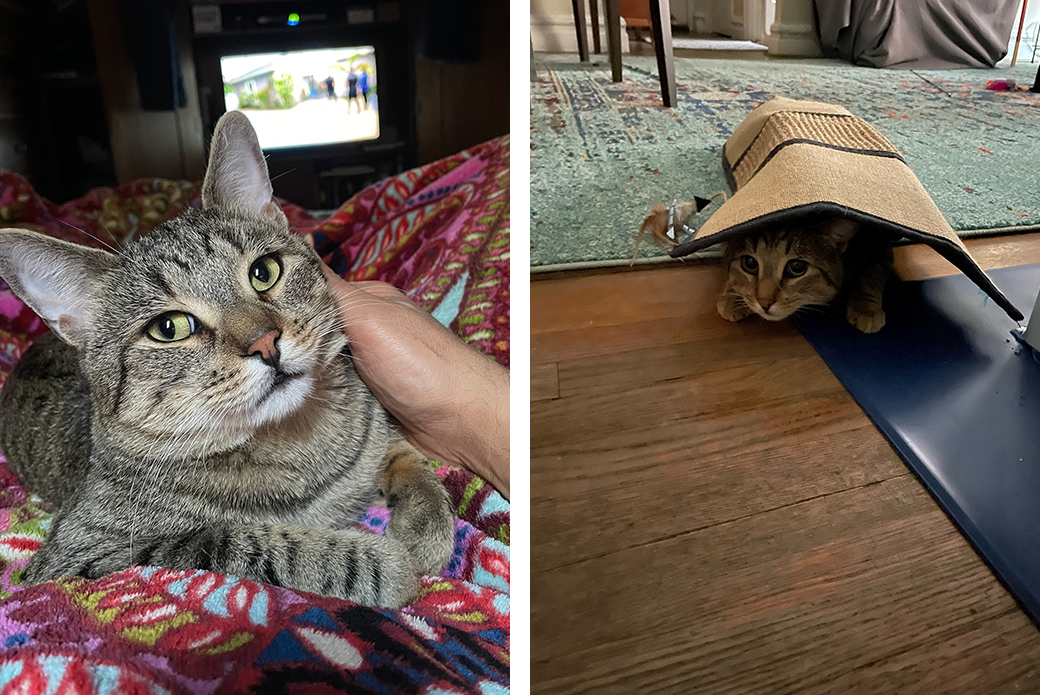 “I’m so thankful we were matched,” Kevin says. “When you click, you click. I look at his face, and I know he’s special. I don’t mean to gush, but I am hopelessly in love with Tater. He’s exceptionally exceptional.” 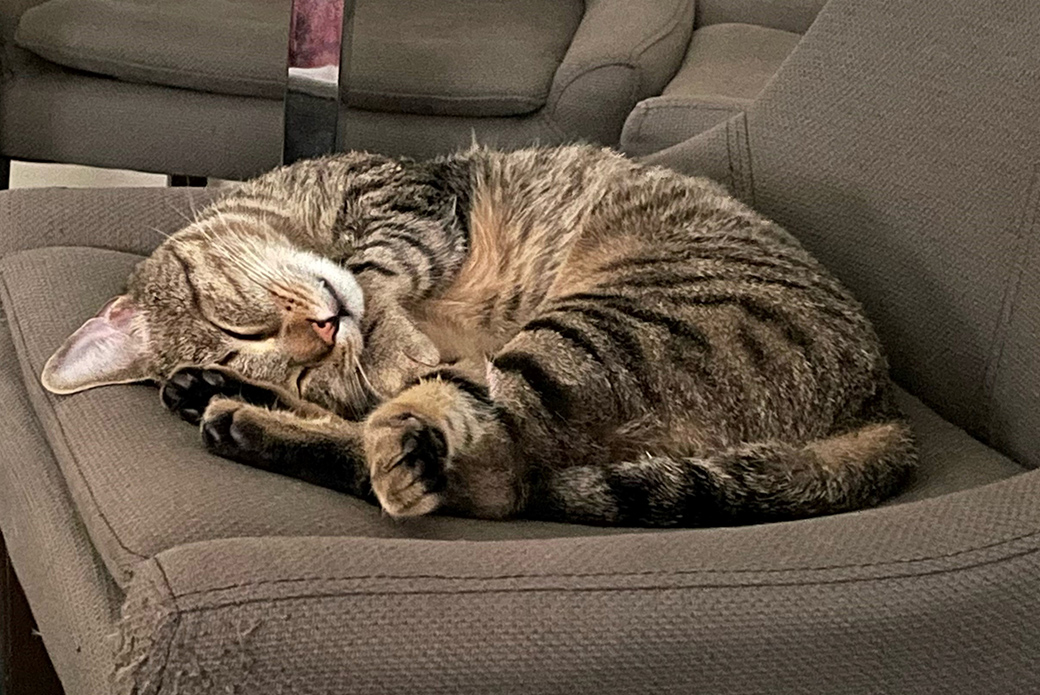