Home » Health News » Autism: A spectrum on the path to segmentation 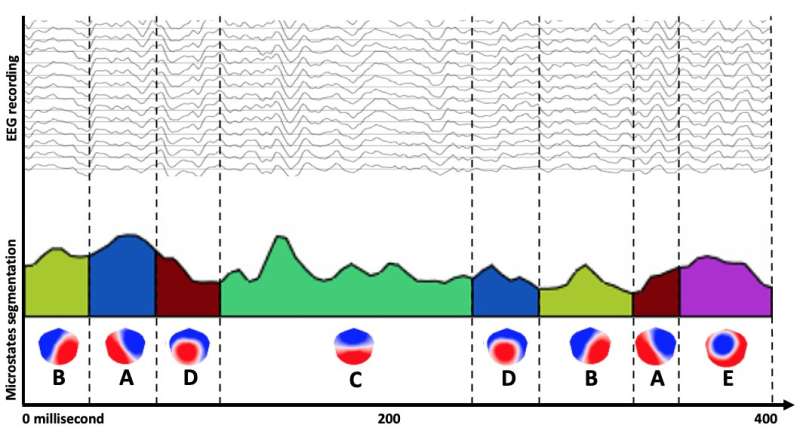 Autism is a multi-faceted disorder that cannot be identified by a single symptom or explained by a single biological cause. As a result, it is referred to as autism spectrum disorder (ASD). People with ASD experience a wide range of problems, typically characterized by impaired communication and social interaction disorders as well as restricted, repetitive behavior.

In an attempt to improve long-term screening and treatment, researchers are seeking to gain a better understanding of the neurobiological mechanisms involved in this high heterogeneity, more specifically during brain development and the formation of large neural networks.

Marie Schaer is a professor in the Department of Psychiatry at the University of Geneva (UNIGE) and a member of the National Centre of Competence in Research (NCCR) in Mental Health, NCCR-Synapsy. In a paper published in the journal Communications Biology, her laboratory demonstrates that certain basic brain states, more particularly their dynamics, are damaged in pre-school children diagnosed with ASD.

The research team turned to electroencephalography (EEG) to try to understand the neurobiological damage and to find out how to detect it at an early stage using the battery of brain analysis tools that are compatible with young ASD children. “A cap fitted with electrodes is positioned on the head of the young children”, begins Aurélie Bochet, a doctoral student in UNIGE’s Department of Psychiatry and the study’s co-first author with Holger Sperdin. “This is generally easier to manage than, say, putting them in a magnetic resonance device, which is really intimidating and anxiety-provoking”.

An EEG technique known as EEG microstate analysis can be used to measure the states of the brain at rest, which are representative of its most basic functions and reflect the activity of the large neural networks. “It’s an approach that’s being used more and more to study the neurobiological correlates of mental pathologies”, continues Bochet. “What’s more, it’s particularly suitable for young children with autism since rest is obviously the simplest task that can be asked of them”.

Damage to the dynamics of brain states

The brain at rest shows minimal neuronal activity, thereby reflecting its most basic functions, such as vision or thought. The neuroscientific literature shows that the brain at rest does not remain in one state, but switches from one to another. These different states, the microstates, are stable for a hundred milliseconds. The dynamics of this series of passing states are measured by neuroscientists to assess the effects of a given brain pathology on the large neural networks.

In the Geneva study, this method was used to record the dynamics of the brain states of 113 pre-school children, over half of whom were diagnosed with ASD. The researchers identified five predominant states, as Bochet further explains: “We compared the dynamics of these five states for children with and without an ASD diagnosis by measuring three key variables: the duration of the states, the number of times they appear and their size.” One of the five conditions identified appears more frequently and lasts longer in children with ASD. In addition, the order in which the various states appear is different in children with ASD.

Last of all, the team of researchers successfully demonstrated that differences in the dynamics of the brain states existed even within the population of ASD-diagnosed children, and that they were associated with the different symptoms observed clinically. “In concrete terms, we were able to correlate a particular symptom with specific EEG data”, adds professor Schaer. “So, what we observe at clinical level via questionnaires or behavioral evaluations is actually linked to specific neurobiological damage”.

A promising segmentation of the spectrum

The UNIGE study marks an important step forward in our understanding of ASD since it at last provides the means for neuroscientists to break down the great heterogeneity of autistic symptoms with reliable indicators.

The exceptional size of the cohort makes this study unique. It took the team several years to put it together with the backing of the Swiss National Science Foundation and NCCR-Synapsy, together with the Fondation Pôle Autisme. The large sample size not only meant it was possible to obtain highly-reliable results, but also provided valuable pointers about the minimum number of subjects required to identify the differences that characterize the autism spectrum. Calculations made by the key players involved in the study show that at least 20 to 25 individuals per clinical identity would be needed to be able to represent the full spectrum of autism disorders and reveal the differences with typical brain development.