Stress can leave you feeling muddled, exasperated, and lost.

But a surprising new study has found stress does provide clarity in some situations: it makes people better at processing bad news.

Neuroscientists at University College London studied firefighters in Colorado day-to-day, from washing trucks and cooking meals, to responding to an emergency.

They asked them to estimate their risks of experiencing various traumatic life events, such as a car accident or fraud, then gave them good news or bad news – either that their risk was lower or higher than they had guessed.

In times of rest, the firefighters were overly optimistic about their odds, and were less attentive to the details of the new information.

But in times of stress, they were hyper-vigilant about their risks, and keenly processed every detail of the bad news they were given.

Replicating this study with brain scans on students in a lab, they saw this sharpening of the mind was driven by a spike in cortisol levels (the stress hormone), causing a kind of tunnel vision to focus on the threat at hand – whether it’s a personal issue or political turmoil. 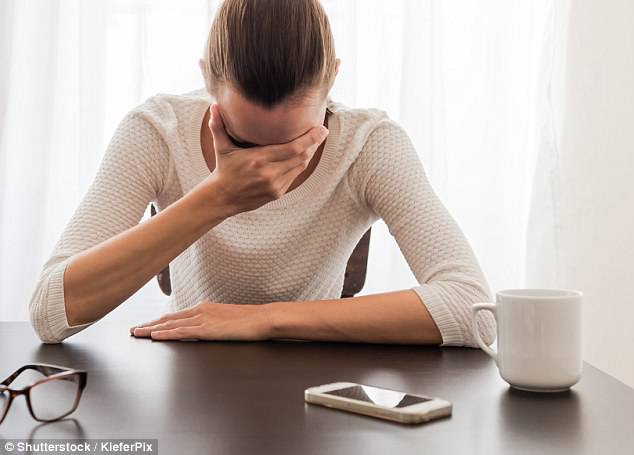 A rise in cortisol levels (the stress hormone) made firefighters more attentive to details when receiving bad news, but did not change their perception of good news, a study found

‘When you experience stressful events, whether personal (waiting for a medical diagnosis) or public (political turmoil), a physiological change is triggered that can cause you to take in any sort of warning and become fixated on what might go wrong,’ co-lead author Dr Tali Sharot explained in an article about the study for Aeon.

The research builds on previous work by the authors, Dr Sharot and Neil Garrett, on optimism: that most of us are hard-wired to look on the bright side, and that can have down-sides.

‘People are normally quite optimistic – they will ignore the bad news and embrace the good,’ Dr Sharot, who gave a TED talk about the optimism bias, says.

‘This is what happened when the firefighters were relaxed; but when they were under stress, a different pattern emerged. Under these conditions, they became hyper-vigilant to any bad news we gave them, even when it had nothing to do with their job (such as learning that the likelihood of card fraud was higher than they’d thought), and altered their beliefs in response.

‘In contrast, stress didn’t change how they responded to good news (such as learning that the likelihood of card fraud was lower than they’d thought).’

Dr Sharot, an associate professor of cognitive neuroscience in the experimental Psychology department, said the findings shed light on how early humans sussed out their predators, threats, and survival techniques.

But she warns that in the current age, of Twitter and the like, this intense focusing on details can create mass hysteria and over-exaggeration, since other research has shown just how infectious stress and anxiety can be, giving us all tunnel vision.

‘In some ways, many of us live as if we are in real danger, like firefighters on call, constantly ready to put out the flames of demanding emails and text messages, and respond to news alerts and social media feeds,’ Dr Sharot write in an article for Aeon.

‘In other words, a preprogrammed physiological reaction, which evolution has equipped us with to help us avoid famished predators, is now being triggered by a Tweet. Tweeting, according to one study, raises your pulse, makes you sweat, and enlarges your pupils more than most daily activities.’