A new blood test that predicts if a pregnant woman will give birth prematurely has been developed.

It is up to 80 percent accurate and can also be used to estimate the mother’s due date as reliably as an ultrasound, but costs much less, says the research team at Stanford University in California.

Almost one out of every 10 infants born in the US is premature and the rate is going up, according to the CDC.

The researchers hope this new breakthrough will accurately predict delivery dates so treatment can be provided immediately after birth or lead to new drugs to delay premature birth. 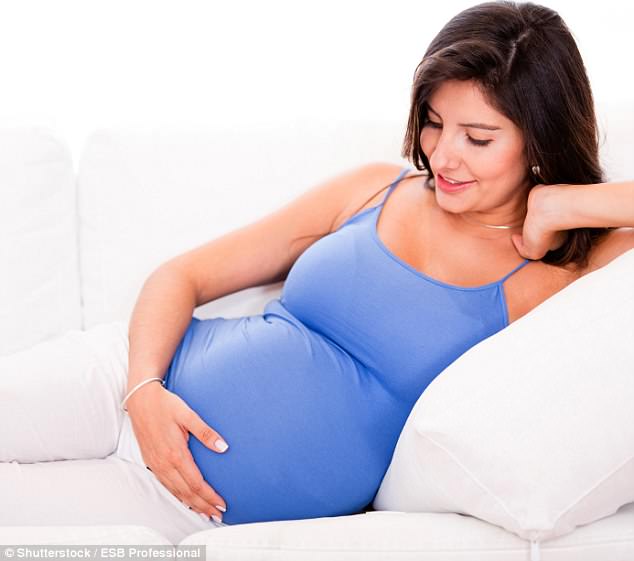 A new blood test that predicts if a pregnant woman will give birth prematurely, accurate by up to 80 percent, has been developed by scientists at Stanford University

It is the largest cause of infant mortality in the US. In 2015, preterm birth and low-birth weights accounted for approximately 17 percent infant deaths.

Prior to this new technique, the best tests only predicted premature birth in high-risk women, such as women who conceived through IVF, suffered multiple miscarriages or had already given birth prematurely.

Additionally, they only proved correct around 20 percent of the time.

‘They were very good at determining if the woman wouldn’t deliver preterm, if the test came back “no”,’ Mira Moufarrej, a bioengineering PhD student at Stanford, told Daily Mail Online.

‘But they were not very good at predicting if or when the woman would deliver preterm, if the test came back “yes”.

‘The difference is our test is very good at determining “yes”.’

This new blood test looks at genes in blood samples from pregnant women and measures the levels of RNA, which carries instructions from DNA to parts of the body that make proteins.

From there the scientists worked to identify which genes give reliable signals about the risk of premature birth and gestational age, or how far long a pregnancy is.

About 10 percent of babies born in the US each year are premature.

A birth is premature if the baby arrives at least three weeks early – or prior to 37 weeks.

Premature babies or ‘preemies’ are often underweight and small.

They sometimes continue to have delayed physical growth and development.

Early birth has also been linked to broad behavioral and personality issues, thought to be caused by abnormalities in brain development.

The lungs are one of the last vital organs to fully develop – only becoming mature after 32 weeks – so preemies frequently suffer from asthma and other pulmonary problems.

Children born premature are also more likely to later have intestinal, hearing, vision and dental problems and get frequent infections.

Premature birth is the largest cause of infant mortality in the US. In 2015, preterm birth and low-birth weights accounted for approximately 17 percent infant deaths.

To figure how to determine preterm birth, the researchers used blood samples from 38 at-risk American women – 13 of whom delivered prematurely and the rest carried babies to term.

The women were considered at-risk because they had experienced early contractions or had previously given birth to a preterm baby.

One blood sample was taken from each woman during the second or third trimester of pregnancy.

The scientists found levels of RNA from seven genes from the mother and the placenta could predict which pregnancies would end early.

‘We knew before that we could measure levels of RNA in the blood but not that it’s useful for anything, so that was surprising,’ Moufarrej said.

‘And the genes that predicted preterm birth are different than those that gave information about gestational age.’

The scientists used blood samples from 21 pregnant Danish women to build a model that identified RNA produced by the placenta that predicted gestational age, and validated it in another ten.

Estimates were accurate about 45 percent of the time, compared to 48 percent accuracy from estimates given in first trimester ultrasounds.

‘We can now start asking questions like: “Can we understand what’s going with RNA in the mother’s blood to understand fetal development?” or “If something goes wrong in development, when does it go wrong?”‘ said Moufarrej.

She also added that this could give doctors a better tool for helping pregnant women.

‘Ultrasounds are expensive and often they require a hospital, which is not helpful for women who don’t get prenatal care,’ Moufarrej said.

‘If they do get it, ultrasounds works well in the first trimester and then results of what they can predict deteriorate rapidly in the second and third trimester.

‘So we hope our test can either complement or substitute ultrasounds depending on the case.’