Some years ago, when I worked in a dementia clinic, I used to see an elderly couple who had an interesting dynamic.

They’d been together for nearly 50 years and were devoted. The husband had been a university lecturer and, when diagnosed with dementia, was horrified that the thing he valued the most — his mind — was slipping away from him.

But what was striking about his wife was her relentlessly upbeat nature. This was despite a traumatic past — she had been in a Nazi death camp as a child and none of her close family had survived.

When the camp was liberated, she’d come to the UK to live with distant relatives. 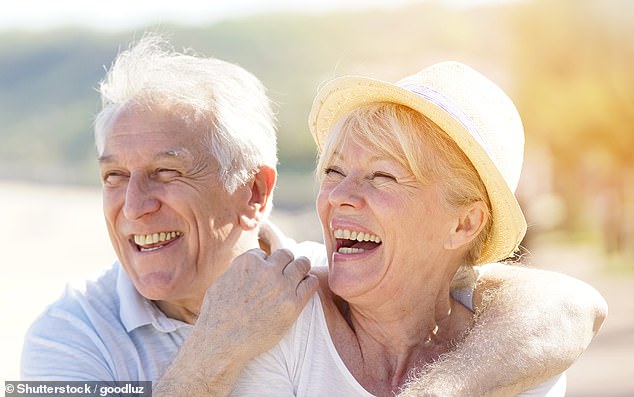 ‘You’re still the love of my life, even if you are a bit ga-ga at times,’ she said to him once in clinic, and they both laughed like drains

A witness to so much horror, she told me that it had prompted her to make a resolution simply to laugh at life from then on. That was how she’d lived her life.

Yes, she was understandably devastated by her husband’s diagnosis, but never wavered in her determination to look on the bright side.

‘What good will moping around do?’ she asked.

So every time her husband forgot something or became confused, she reassured him that it didn’t matter. They’d find some aspect to laugh about.

‘You’re still the love of my life, even if you are a bit ga-ga at times,’ she said to him once in clinic, and they both laughed like drains.

Being optimistic isn’t about being in denial, it’s about trying to find the positives in life, even in dire situations.

So this woman would celebrate when her husband came back safe from the shops and not worry that he’d forgotten the milk or some other item she needed. 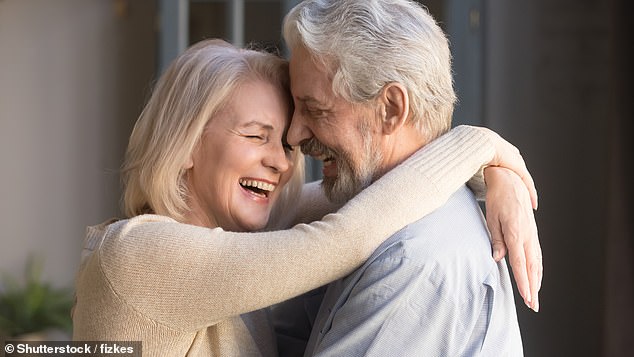 Yes, she was understandably devastated by her husband’s diagnosis, but never wavered in her determination to look on the bright side. ‘What good will moping around do?’ she asked

It occurred to me that it was precisely this approach that was helping him cope so well.

Her relentlessly optimistic outlook rubbed off on him, so he didn’t worry or become distressed when he forgot something or became confused.

He was less anxious — anxiety can make memory worse — overall. In truth, his wife’s optimistic approach to life’s problems did him more good than anything medicine had to offer.

And so I was not too surprised this week to read the findings of a ground-breaking study by researchers at Michigan State University and Harvard.

In the process of monitoring the progress of more than 4,000 heterosexual couples for up to eight years, they discovered that dementia sufferers with optimistic spouses suffer less cognitive decline and memory loss.

They aren’t saying that having a cheery husband or wife will prevent dementia, but it is fascinating that the kind of people we surround ourselves with can have an effect not just on mental conditions but also on something with a clear biological basis such as dementia.

Our companions, depending on their own outlook, can benefit us in ways beyond the psychological and actually have an impact on fundamental disease processes. It got me thinking about the mechanism at play here. I wonder if having a positive partner means you tend to be more upbeat yourself, and therefore eat better or take more exercise?

We know that a wide variety of elements contribute to someone’s wellbeing. These vary from social factors, such as poverty, to conditions like schizophrenia and alcoholism that have, at least in part, a genetic component. 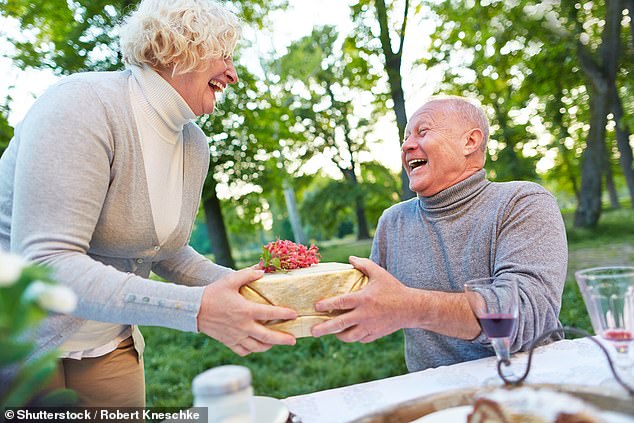 ‘When your partner is optimistic and healthy, it can translate to similar outcomes in your own life,’ said William Chopik, co-author of the study. ‘You actually do experience a rosier future’

Someone’s upbringing plays an important role, as do factors such as disability, chronic pain, employment and education.

While we know that being single — and its link with social isolation — increases the risks of some mental health problems, the impact of the personality and temperament of someone’s partner is largely unknown territory.

And if it is ever considered, we tend to think about it in negative terms — how an abusive, critical or overbearing partner can have a negative effect and hamper a patient’s recovery.

What is new about this study is that it has uncovered evidence that the reverse applies.

‘When your partner is optimistic and healthy, it can translate to similar outcomes in your own life,’ said William Chopik, co-author of the study.

‘You actually do experience a rosier future.’

I’ve been touched by how many readers have let me know how much they enjoyed the 100 Health Tips serialised in the Mail.

I’m impressed with how many of you are giving at least some of them a go. Do keep your ‘health hacks’ up and don’t worry if you forget or slip up.

That’s perfectly normal. Just don’t use it as an excuse to give up. Think about what went wrong and put strategies in place to reduce the risk of it happening again.

Teenage hurt that can last a lifetime

Almost half of all women would like to have larger breasts, according to research from Anglia Ruskin University.

Its Breast Size Satisfaction Survey found that 48 per cent of women wanted larger breasts than they currently have; 23 per cent wanted smaller breasts, and only 29 per cent were satisfied with what nature had bestowed on them.

The research, based on responses from 18,541 women in 40 countries, found that women in the UK, India, Pakistan, Egypt and Lebanon have the largest ideal breast size, while women in Japan, the Philippines, Germany, Austria and Malaysia have the smallest. 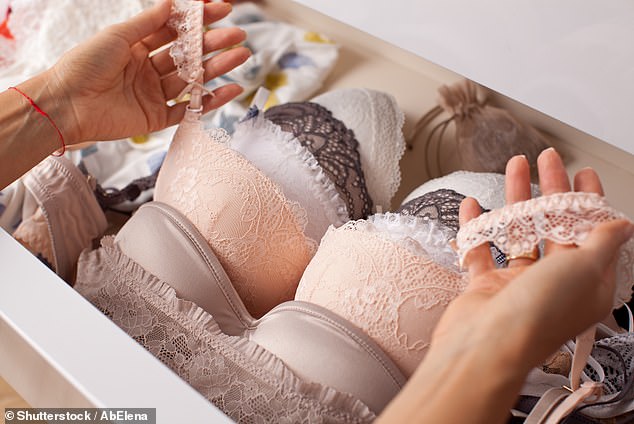 Almost half of all women would like to have larger breasts, according to research from Anglia Ruskin University

In my eating disorders clinic I see many patients who have issues with their breast size, and in the majority of cases their feelings are the result of low self-esteem and other emotional issues.

I am shocked by how often their attitudes date back to unkind remarks made to them when they were children or teenagers — and how frequently it was their parents or other family members who were culpable.

Perhaps it wasn’t intentional, maybe they were teasing.

But a throwaway comment to a youngster can create all kinds of problems in the years to come.

Princes William and Harry and their wives are to be applauded for challenging stigmas around mental illness and bringing it out of the shadows. But now Harry needs to avoid oversharing.

At a conference for banking giant JP Morgan in Miami last week, he revealed that he has spent seven years in therapy to help him cope with the loss of his mother Diana, Princess of Wales.

I worry that now he’s free of the shackles of official royal life, these kind of personal disclosures are going to become more frequent.

He already stands accused of exploiting his mother’s death to create interest in himself as a speaker on the global stage.

I hope he realises that it’s one thing to want to support the vulnerable or disenfranchised in society, but quite another to simply bang on about yourself. 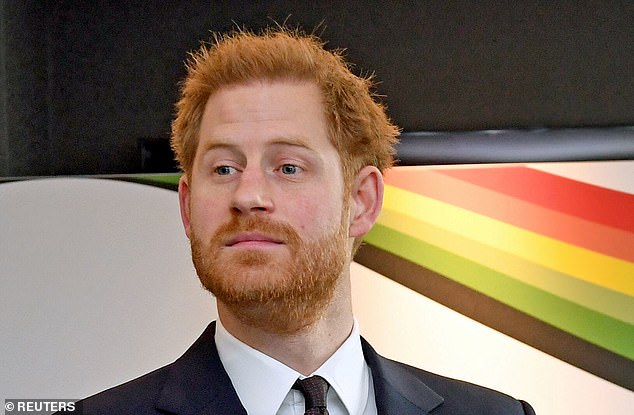 At a conference for banking giant JP Morgan in Miami last week, he revealed that he has spent seven years in therapy to help him cope with the loss of his mother Diana, Princess of Wales. He is pictured above last month

Justin Bieber is the latest celebrity to announce he is suffering from Lyme Disease, an infection caused by the bacteria Borrelia burgdorferi, which is spread by ticks.

Such is the publicity generated by high-profile sufferers — singer Shania Twaine, actor Alec Baldwin and model Bella Hadid — that it has entered popular consciousness. 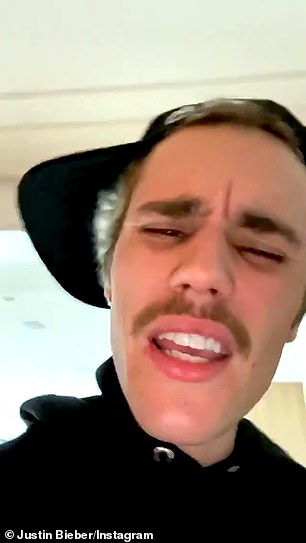 Justin Bieber is the latest celebrity to announce he is suffering from Lyme Disease, an infection caused by the bacteria Borrelia burgdorferi, which is spread by ticks

Just this week, I’ve had two young women tell me they thought they had the condition.

While there’s no doubt it is an awful disease, what hasn’t been made clear in media coverage is that what is often being discussed is chronic Lyme Disease, where symptoms usually linger after the infection has been treated.

It is important to know this is a controversial diagnosis within the medical community.

Many doctors believe that the vague, non-specific and subjective symptoms linked to it — headaches, fatigue, weakness, joint pain and so on — fall under the category of ‘medically unexplained symptoms’.

They would argue this is a type of psychosomatic disorder, with the causes of the symptoms being psychological rather than physical.

That’s not to dismiss the debilitating problems that sufferers experience, but the science is clear: the cause is not always an infection.

This book explores the menopause and imparts excellent medical advice, information and psychological tips for managing troublesome symptoms and deals with difficult subjects such as sex during and after menopause.

Dr Kaye’s aim is to help women thrive through the menopause and beyond.