Home » Health News » Father, 60, found to be living with just ‘HALF his brain’

A 60-year-old father-of-two has lived his entire life ‘with only half a brain’, doctors claim.

The Russian pensioner had no idea that there was a ‘black hole’ inside his skull where the left hemisphere of his brain should be.

The retired engineer has served in the Red Army, holds a university degree, and has raised a family without any health issues.

Medics in Moscow made the shocking discovery while running a CT scan when the man was admitted to hospital after a ‘mini stroke’.

There are some extremely rare conditions in which missing parts of the brain cause severe disability and death at an early age – but this man’s symptom-less case is ‘very unique’, doctors said.

The defect is like to have developed when the man was only an embryo, they said, and if technology had been able to detect it during pregnancy in the 1950s, it’s likely his mother would have been told to terminate. 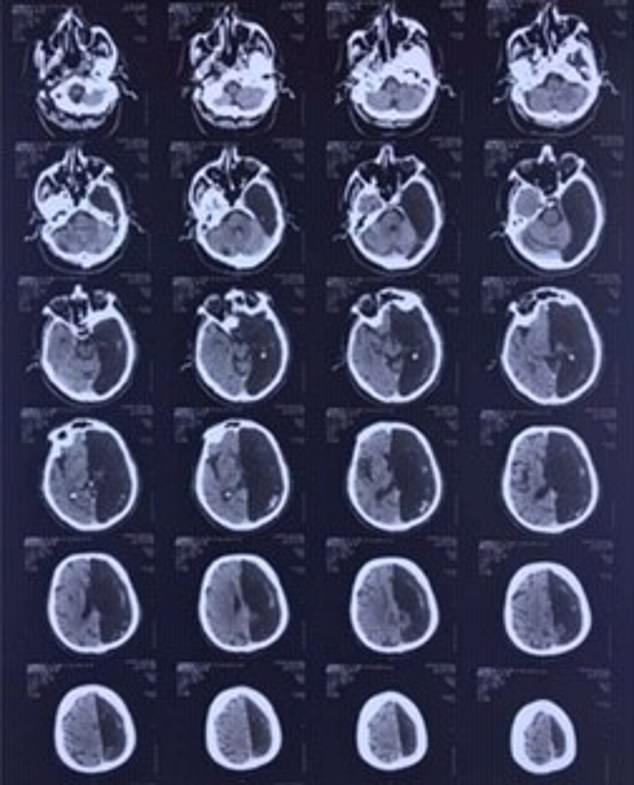 A 60 year old retired engineer has lived all his entire life ‘with only half a brain’, doctors in Russia claim. Pictured, a CT scan of the anonymous man’s brain showing the missing left side 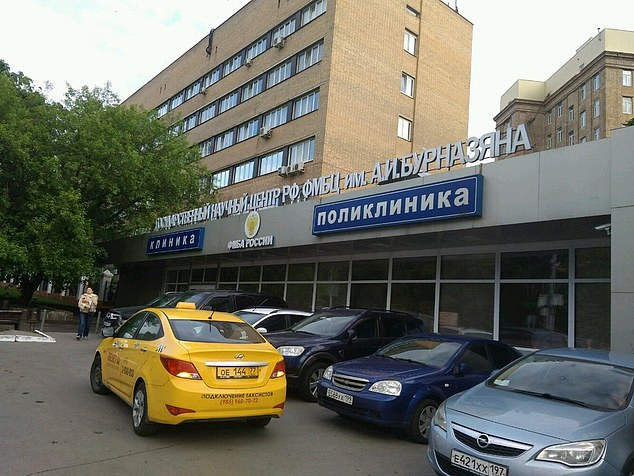 Medics in Moscow made the shocking discovery when the man was admitted to hospital after a ‘mini stroke’. A doctor at Burnasyan Federal Medical Biophysical Centre explained that radiologists were puzzled when they found there was a ‘hole’ in the brain images

Neurologist Dr Marina Anikina, who has investigated the case, said: ‘The man was admitted to a district clinic in the south of Moscow region due to an ischemic attack.

‘This is a blood circulation failure in the brain. It is different from a stroke when part of the brain is irreversibly damaged.

‘This patient had problems moving one arm and one leg.

‘Radiologists performed a computer tomography of his head and were puzzled for some time – the part of the brain of the retired man where the ischemia attack was supposed to have happened was not there at all.

CAN YOU LIVE WITH HALF A BRAIN?

Normally a person has parts of their brain missing due to disease or injury.

It may be surgically removed or disconnected to treat seizure-causing disorders, but is only a last option in a very small number of patients – normally children.

The success rate for treating the seizures is extremely high and most children have excellent long-term results following without unexpected adverse outcomes.

Cephalic disorders are stem from damage to, or abnormal development of, the budding nervous system, including the brain, which are caused by a disturbance that occurs in the womb.

Damage to the developing nervous system during fetal development is a major cause of chronic, disabling disorders and sometimes death.

The degree to which damage to the developing nervous system harms the mind and body varies enormously.

Many disabilities are mild enough that the person is able to function independently through life.

Others are not – a large population is partially disabled, functioning well below normal capacity throughout life.

‘Instead of the left side of the brain there was a black “hole” in computer images.’

Specialists concluded that all his life the remaining right hemisphere of the brain had performed all the brain functions.

The right side coordinates the left of the body, and is responsible for creative tasks.

And normally, the brain’s left side controls the right side of the body, and performs tasks relating to logic, for example, science and mathematics.

People with other conditions have proved it is possible to live without one side of the brain, which is normally the result of surgery called hemispherectomy to treat disease.

Half of the brain is removed or disconnected to stop severe seizures in a number of disorders including epilepsy, with a high success rate.

The extent of how well the brain can adapt is often due to the patient’s age as well as the plasticity of the brain, which would allow it to recover and remould after a trauma.

The man told doctors: ‘I have lived a normal life, nothing worried me at all.’

He told them that he had an ordinary childhood in Soviet times and no problems were ever registered with his physical development, eyesight or mental state.

He successfully finished school, and went to university where he got a degree in engineering.

He served in the Soviet army as a conscript, then as an engineer at a factory before retiring.

Dr Anikina, from the Burnasyan Federal Medical Biophysical Centre, said: ‘Scientists are aware of certain cases when parts of the brain were missing.

‘In this recent case we face a different situation when the failure in brain development took place at an earlier stage of pregnancy, possibly in the embryo.

‘Maybe it was blood effusion or some other dramatic event. It usually leads to miscarriage but in this very unique case it ended quite successfully.

‘At this stage of pregnancy the functions of embryo’s brain are not assigned to certain centres in the brain.

‘When one half was damaged, the second half simply got hold of all functions.’ 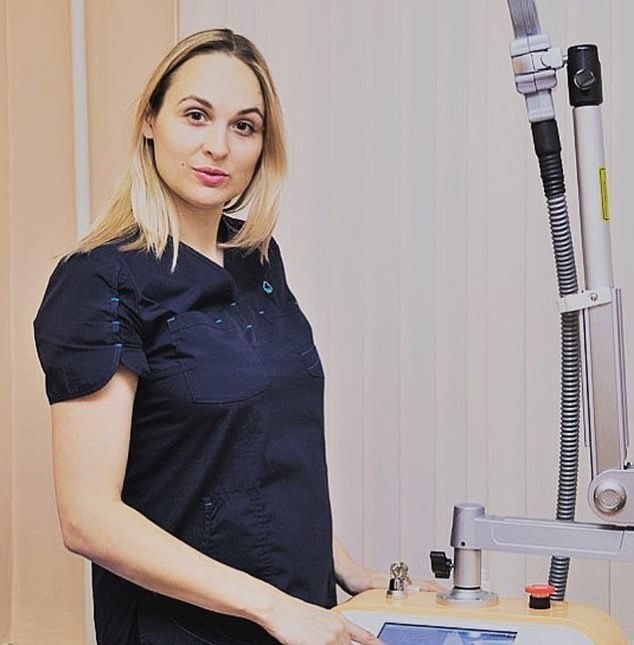 Neurologist Marina Anikina, who investigated the case, said the case was ‘very unique’ and explained that it likely occurred when the man was just an embryo

It is not clarified what fills the hole in the man’s skull. In a similar rare condition, called hydranencephaly, a child is born with most of the brain’s solid tissue missing and fluid fills its place.

Porencephaly is another extremely rare neurological disorder where cysts or cavities occur within the cerebral hemisphere.

But in both disorders, the life expectancy is extremely low and children have severe disabilities including absent speech development, seizures, or intellectual problems.

Dr Anika said if the man’s mother was pregnant now she would ‘most likely’ have been recommended to abort the child for medical reasons.

‘A routine scan would have easily revealed the absence of half a brain and doctors would not have taken a risk.

‘But in 1950s there were no such technologies and the baby was born without half of his brain.’

She had established that his children were born ‘normal’ although his condition is not genetic. Although she gave no indication of the cause.

The patient quickly recovered from his attack but refused a request by doctors to conduct more tests on his brain.

The man’s identity has remained anonymous after he said: ‘I do not want any kind of popularity.’

We may be safer now from coronavirus than we were three months ago, but we’re not totally safe