Female doctors show more empathy than male doctors. They ask their patients more questions, including questions about emotions and feelings, and they spend more time talking to patients than their male colleagues do.

Some have suggested that this might make women better doctors. It may also take a terrible toll on their mental health.

Studies indicate that female doctors are at greater risk of burnout than male doctors, and that this might be linked to differences to do with empathy. Burnout is bad for doctors and their patients. People with burnout feel exhausted, emotionally depleted, cynical and detached. They are also less satisfied with their work. 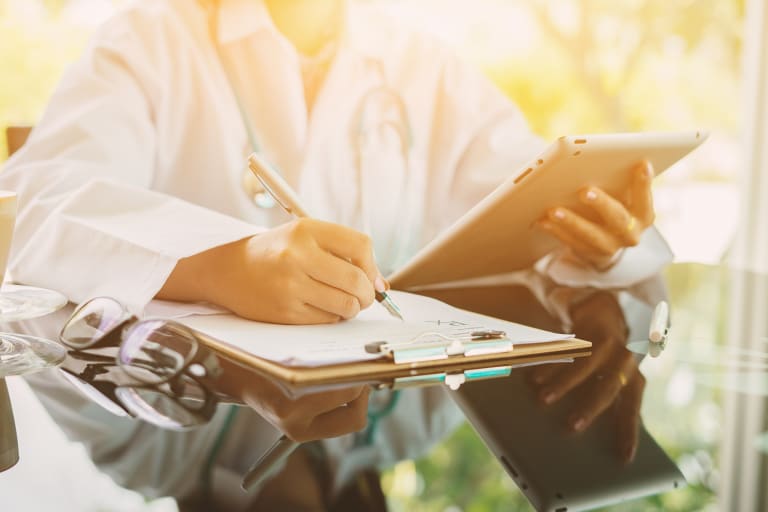 Interestingly, as people develop burnout, they show reduced empathy for others (so-called compassion fatigue). Compassion fatigue has been called the cost of caring because it is more commonly seen in health professionals such as nurses, psychotherapists and doctors.

One theory about why compassion fatigue sets in is that high empathy causes greater levels of emotional arousal and distress, so the reduction of empathy is simply a survival mechanism to cope with experiencing long periods or extreme emotional stress. This theory has been used to explain why medical students and doctors report lower levels of empathy as they progress through medical school and their post-graduate medical training. It might also explain why doctors’ brains show a reduced response to witnessing people experience pain, compared with people who aren’t doctors.

Men and women burn out differently

A four-year study of Dutch GPs found that, for female doctors, burnout begins with emotional exhaustion (feeling emotionally depleted), and then progresses to feeling increased depersonalisation (feeling detached or cynical about people and work). Finally, they tend to feel less work-related personal accomplishment and have reduced self-belief in their competence at work. This last component of burnout, reduced personal accomplishment, involves evaluating one’s work negatively and is likely to compound the problem as it increases stress and emotional exhaustion.

Conversely, male GPs report depersonalisation first rather than emotional exhaustion. Also, males did not report a reduced sense of personal accomplishment at work, even though this is one of the three traditional components of burnout. This means that, as they burn out, male doctors feel growing depersonalisation and emotional exhaustion but they often still feel effective, capable and competent at work – which is typically not the case for female doctors.

In 2005, Eva Schernhammer of Harvard Medical School argued that there are stark differences in the psychological demands on female doctors, compared with males. Her review of 25 studies found that the female doctor suicide rate was about 130 per cent higher than women in the general population.

In contrast, the suicide rate among male doctors is 40 per cent higher than the suicide rate of males in the general population. Schernhammer concluded that the stress and burnout experienced by female doctors combines with other risk factors to contribute to high rates of psychiatric illness and suicide, compared with male doctors.

The additional risks include greater demands and expectations related to their family life, trying to succeed in a historically male-dominated profession, and experiencing sexual harassment at work. The influence of gender expectations on women’s suicide has a long history of being overlooked or ignored.

The idea that men are less likely to be caring and empathetic has possible benefits for male doctors. When male doctors show empathy, it can be an unexpected bonus for the patient, and so the doctor might seem better than anticipated. For example, male medical students with a good bedside manner are rated as more competent than female medical students who have a similarly good bedside manner. It seems that the females are simply expected to be more patient-centered and empathetic.

The disadvantages of these expectations for female doctors is that they are expected to do more “emotion work” than males. A study of more than 7,000 doctors found that female doctors were more likely to feel emotionally exhausted by work. They also felt that their work negatively affected their personal life, and they felt less valued by patients, colleagues and superiors, compared with male doctors.

Different expectations of doctors’ empathy based on their gender makes the job and workplace conditions unequal for doctors. And this appears to be a global phenomenon. Female doctors in Finland, South Africa and China all report higher levels of emotional exhaustion than male doctors. These results support the idea that female doctors’ jobs can be emotionally depleting for them and contributes to their increased risk of burnout.

We need to recognise that doctors face different expectations about empathetic care, depending on their gender. The emotional demands on female doctors puts them at increased risk of poor mental health. Regardless of gender, medical students and doctors should be provided with training that helps them navigate and sensitively address unequal experiences and expectations of delivering empathetic care.

Rajvinder Samra  is a lecturer in health at the Open University.

This article was originally published on The Conversation. Read the original article.