Here's what you can do about it. 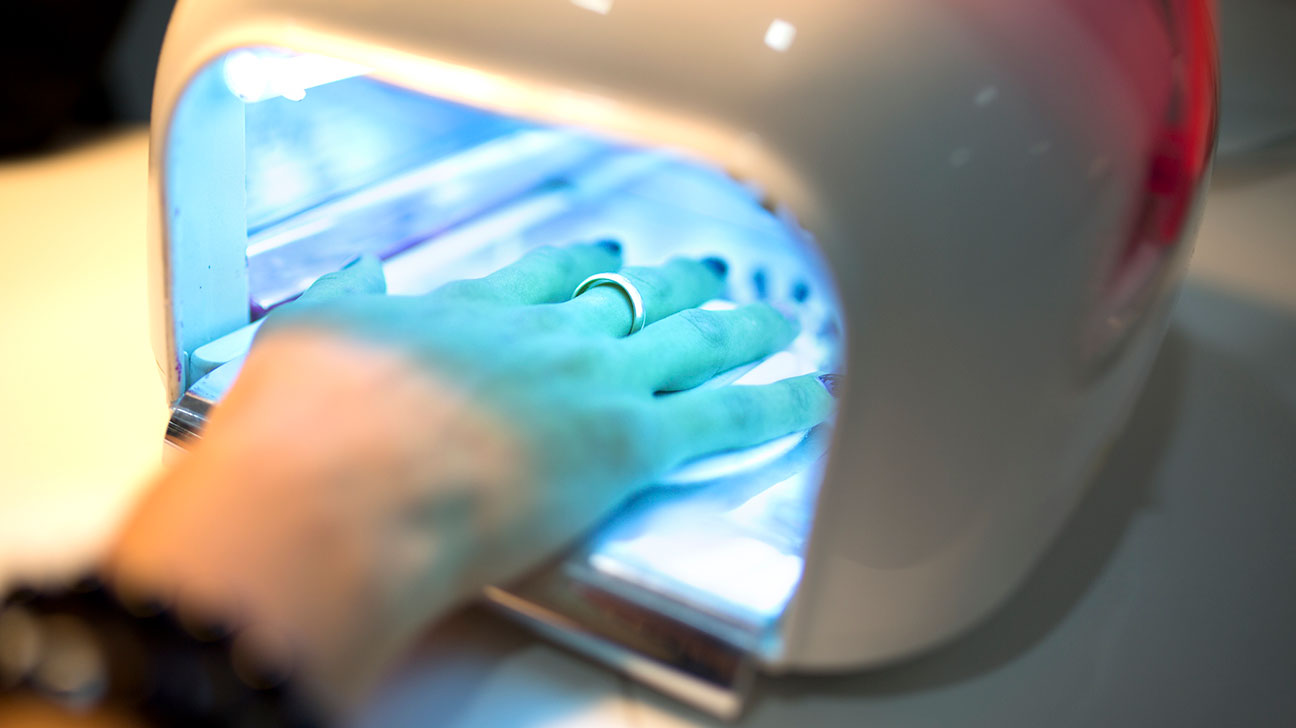 Gel manicures offer a longer lasting option than regular manicures, but at what cost?

The UV lights used to cure, or dry, gel polish have some consumers concerned about the risk for skin cancer.

“The lamps emit ultraviolet A rays, which are longer wavelengths than ultraviolet B, and so penetrate the skin more deeply,” explained Dr. Susan Swetter, director of the Pigmented Lesion & Melanoma Program and professor of dermatology at Stanford University Medical Center and Cancer Institute.

“We know that both UVB and UVA light contribute to skin cancer risk including melanoma, mostly from epidemiologic data regarding tanning bed use, since tanning beds emit more UVA than UVB,” she told Healthline. “However, the amount of limited exposure during a gel manicure is unlikely to increase the risk of skin cancer significantly.”

Do you need to worry about a manicure habit?

This year, Miss USA pageant contestant Karolina Jasko made headlines when she announced she was diagnosed with melanoma on her fingernail at age 18.

“The doctor said I most likely got it from getting my nails done from the nail salon from getting acrylics from the light,” she told Fox 32 news in Chicago.

While Jasko’s experience is worrying, it is likely rare.

A 2014 study in JAMA Dermatology measured the amount of UVs coming from the lamps and concluded that the amount of energy exposure, even after numerous gel manicures, poses a low risk of skin cancer.

Another study in the Journal of the American Academy of Dermatology found that while the UV exposure from the lamps used in gel manicures is low, in less than 10 minutes, a person’s hands receive an energy dose equivalent to the day-long recommended limit for outdoor workers. The researchers recommended further research to determine any physiological effects from the manicures.

Protect your hands from damage

Authors of both studies recommend either wearing sunscreen on your hands or protective gloves with the fingertips cut off if you’re getting manicures that use a UV lamp.

But Swetter warns that gloves have their flaws. The SPF of white cotton gloves would only be about 4, so you would need dark, opaque gloves.

“I think the use of gloves is probably overkill, unless you have a photosensitive condition or are on a medication that makes your skin more sensitive to UVA light,” she says.

Wearing sunscreen is a more viable option, but even water-resistant sunscreens are likely to be washed off if the manicurist uses soap and water, scrubs your hands, and applies lotion, as is typical with most manicures. If you really want to protect your hands during your manicure, you’d want to skip the hand pampering.

“In general, I’d recommend that people be more diligent about sunscreen use when outside during the day, than about gel manicure-related skin cancer risk,” says Swetter.

Even if gel manis aren’t a major risk for skin cancer, there is a potential for accelerated photoaging, or premature aging of the skin, said Swetter.

Photoaging is a known risk of deeper penetrating UVA rays, but the UVA exposure is very brief during gel manicures, as opposed to tanning beds or outdoor sun exposure, so more research is needed, she says.

Signs to look for

Regardless of whether or not you get regular gel manicures, visit your dermatologist if something seems off.

Nonhealing, reddish sores on your hands could indicate a nonmelanoma skin cancer, while a wart-like growth or persistent scaly spot on the hand or around the finger nails could be a sign of a squamous cell carcinoma. (Or just a wart — don’t panic!)

Less common are basal cell carcinomas or melanomas, which are generally pigmented and often show up as a streak in the finger or toenail, says Swetter.

“Gel manicures themselves are hard on the nails, causing damage to the nail plate, especially if picked off,” says Swetter. Opt for getting them professionally removed and ask them not to buff the top of the nail, which causes more damage. Swetter also advises her patients to avoid getting their cuticles cut during a manicure, which can lead to other problems, like secondary bacterial or yeast infection.

Particularly if you get gel manicures regularly, letting your nails have a break every few weeks is a good idea. Not only does it give them an opportunity to breathe, but you’ll be better able to spot any abnormalities under the nail.