A recent article posted in the Journal of the American Medical Association (JAMA) analyzed aspirin use to prevent cardiovascular disease (CVD) and colorectal cancer (CRC). 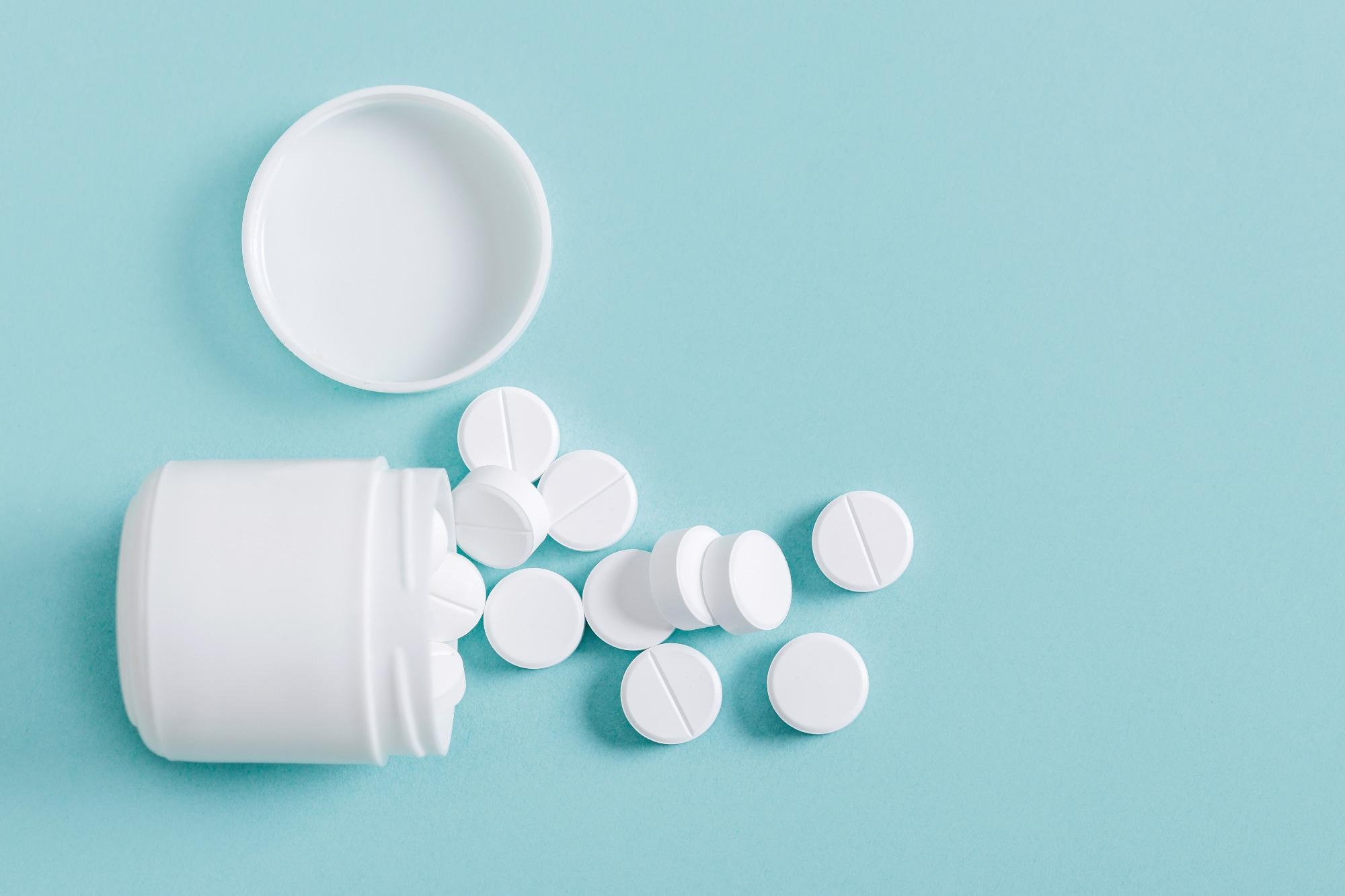 CVD is the leading cause of mortality in the United States (US). Existing reports indicated that the low-dose aspirin used to prevent primary CVD could also help to prevent CRC.

The US Preventive Services Task Force (USPSTF) announced CVD-risk- and age-based aspirin usage guidelines for CRC and CVD prevention in 2016. The USPSTF stated there was inadequate evidence to assess the benefit and hazard levels of starting aspirin therapy in individuals aged <50 years or in adults aged 70 or older. Further, since the USPSTF 2016 guidelines were released, three additional trials of aspirin for primary prevention have been reported.

In the present systematic review, the researchers analyzed existing evidence of the harms and benefits of aspirin in CRC and primary CVD prevention to update the USPSTF. In addition, the team assessed the Cochrane central register of controlled trials from January 2021 and performed a literature search from January 21, 2022. The key outcomes of the present investigation were colorectal cancer incidence and death, severe bleeding, hemorrhagic stroke, cardiovascular disease events and fatality, and all cause-death.

The authors selected randomized clinical trials (RCTs) of low-dose aspirin (100 mg/day) compared to placebo or no treatment in primary prevention populations in the English language for the review. Data was extracted via single extraction and double-checked by a second reviewer. In addition, Peto fixed-effects meta-analysis was used for quantitative synthesis. Eleven RCTs comprising 134,470 studies and one pilot trial with 400 investigations of low-dose aspirin therapy for primary CVD prevention were included in the present research.

The study results indicated that the use of low-dose aspirin was linked to a considerable reduction in the odds of CV events such as total myocardial infarction (MI), ischemic stroke, and major CVD events. Individualized CVD outcomes were substantial, with an advantage of a similar size. Interestingly, the team reported that aspirin was not shown to be drastically related to a lower risk of CVD or all-cause death at up to 10 years of follow-up.

The authors found that the advantages of low-dose aspirin therapy for CRC were inconclusive in clinical trials. Furthermore, the results were highly diverse depending on the duration of follow-up and statically relevant only when long-standing observational follow-up exceeding randomized trial periods was taken into account.

The current data indicated that low-dose aspirin was linked to substantial hikes in overall major and site-specific bleeding, including extracranial and intracranial hemorrhage, both of which were of comparable size. Unfortunately, the authors could not determine how aspirin enteric coating or dosage modifications may reduce bleeding risk due to the inadequacy of data in the present primary CVD prevention investigations. Yet, existing observational research has demonstrated that high aspirin doses were linked to increased bleeding risk.

The results of sensitivity analyses conducted in this review revealed discrepancies in outcomes between RCTs completed before and after the issue of the adult treatment panel III (ATP III) guideline in 2001. According to the sensitivity analyses, MI benefits, major CVD events, and most bleeding risks were reduced in post–ATP III trials, whereas ischemic stroke arose as a statistically relevant benefit in post–ATP III pooled analyses. These findings were consistent with a previous study comparing pre–ATP III and post–ATP III trials. However, the scientists stated that additional sources of variability, such as aspirin dosage and trial population traits, were likely to impact these results.

Further, despite the expectation that benefits would diminish over time as aspirin use converged, the CRC outcomes sensitivity analyses discovered positive aspirin use effects on CRC incidence for up to roughly 20 years.

The findings of the present meta-analysis were similar to those of the USPSTF's prior systematic review and numerous other recent meta-analyses, revealing that aspirin-induced slight absolute CVD incidence reductions were closely mirrored by increases in major bleeding. The authors recommended that an extensive low-dose aspirin study evaluating CRC effects 20 years following randomization would be appropriate to investigate the marginal impacts of aspirin usage in the current CRC screening techniques setting. In addition, future studies should cover baseline CRC assessment and CRC risk variables, which are possible confounders that were not addressed in the majority of the CVD preventive trials incorporated in this review.