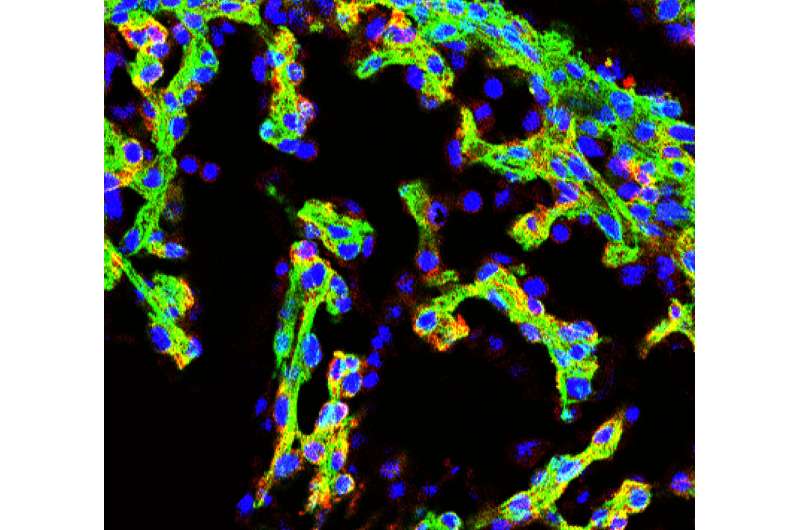 Inside embryonic cells, specific proteins control the rate at which genetic information is transcribed from DNA to messenger RNA—a crucial regulatory step before proteins are created. Then, organs develop and hopefully function properly. Those specific “regulatory” proteins are called transcription factors, and they do their thing by binding to specific DNA sequences at just the right time.

Scientists have known that mutations to three cardiac transcription factors—GATA4, NKX2-5 and TBX5—lead to a range of congenital heart disease states. Researchers have thought that an inability of these mutated genes to “turn on” cardiac genes is what leads to heart disease.

Now, the lab of Frank Conlon, Ph.D., professor of biology and genetics at the University of North Carolina at Chapel Hill, has discovered there’s more to the story. It involves non-cardiac genes, as well as answering a question researchers have struggled with for years.

Aside from the aforementioned transcription factors, past research showed that a protein complex subunit called CHD4 seems to play a major role in congenital heart disease. Deleting it causes embryonic death in animal models. Mutations to it cause major problems with proteins involved in skeletal and muscle development.

As it turns out, CHD4 is essential for numerous developmental events, such as ensuring proper timing of the switch from stem cell lineages to differentiated cell types—that is, the moment when stem cells turn into, for example, heart cells or leg muscle cells. CDH4 also is essential for maintaining cell differentiation—keeping heart cells healthy heart cells. And CDH4 is a player in activating cellular processes to deal with DNA damage.

Yet, CHD4 cannot bind DNA. It needs to be brought to a specific location, or genetic loci, of a cardiac gene to do its work. So, scientists could not answer the key question of how CHD4 played its role in cardiac disease.

Conlon’s lab, in collaboration with colleagues at UNC-Chapel Hill, Princeton, and Boston Children’s Hospital, shows that GATA4, NKX2-5 and TBX5 interact with CHD4 inside the embryonic heart, recruiting it for action, and that’s how CHD4 plays its role in heart health and disease.

These findings, published in the journal Genes & Development, imply that heart disease states are not only due to loss of cardiac gene expression, but that these genes’ recruitment of CHD4 can lead to an inappropriate expression of non-cardiac genes, leading in the end to faulty heart development.

To put this implication to the test, Conlon and his collaborators removed the binding site for NKX2-5 in the skeletal muscle gene Acta1 in mice, and independently, the GATA4 binding site in the smooth muscle gene Myh11.