Men with physically demanding jobs are more likely to die younger even if they are fit, but the opposite may be true for women

Men who work in physically demanding roles such as labourers, face a greater risk of dying early, new research has revealed.

Scientists say that people who work in manual labour jobs are more at risk of dying early, even though they agree exercise is necessary to keep healthy.

Researchers suggest the hours of high-strain repetitive movements involved in manual labour are harsher on the body than the shorter burst of a jog or workout.

The results are thought to be the same even when lifestyle factors such as fitness, diet, smoking and alcohol are taken into account.

However, the same link was not found among women, and scientists think the opposite may be the case for the fairer sex.

The study, by VU University Medical Center in Amsterdam, presents what has been called a ‘physical activity paradox’. 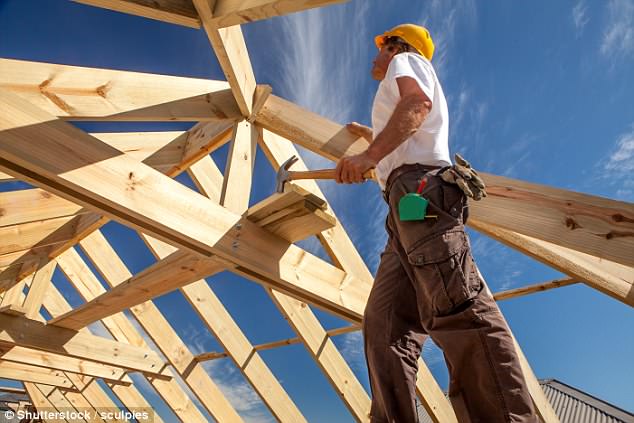 While physical inactivity is thought to account for 7 per cent of health problems worldwide, all forms of exercise do not appear be equal.

International guidelines recommend people do at least 30 minutes of moderate activity per day, but they do not specify which kinds of exercise are best.

Researcher Pieter Coenen told The Guardian: ‘If you go out for a run for half an hour in your leisure time that increases your heart rate and you feel well afterwards, but when you are physically active at work, it’s a very different type of activity.

‘You are working for eight hours a day and have limited rest periods.

Researchers at the university in the Netherlands looked at the results of previous studies on the subject done between 1960 and 2010.

They compared the deaths of 193,696 people with the level of physical activity in their occupations using data from 17 studies.

The authors say the study is the first to prove the effects of different types of physical activity using data from studies with a large number of people.

WHAT ARE THE FIVE STEPS TO STAYING ACTIVE?

Liverpool University researchers recommend the following choices to move away from a sedentary lifestyle:

1. Take the stairs instead of the lift or escalator wherever possible.

2. Walk to work, get off the bus a stop early or park away from the office so you have to walk in.

3. Move the printer or water cooler away from your desk so you have to get up regularly during the working day.

4. Do your weekly shop at the supermarket instead of shopping online.

5. Don’t spend the whole weekend on the sofa – mix up relaxing with activities like cleaning the house, shopping or going for a walk.

Results of their research are published in the British Journal of Sports Medicine.

Even when levels of leisure exercise are taken into account men with physically demanding jobs have a shorter life expectancy.

The scientists suggest men working in physically inactive jobs but exercising in their free time can expect to live longer, and that they may have generally healthier lifestyles.

Previous research has suggested that men who do manual work are also less likely to exercise for fun, so they lose out on two counts.

When studies observed women they appeared to find the opposite results.

Although women were less likely to die young if they had an active job, researchers suggest job differences and different perceptions of activity levels may have affected results.

Couch potato lifestyle can damage your health in two weeks

Sedentary lifestyles are an increasing problem in Western society and could have bad effects on people’s health in just two weeks of inactivity.

Researchers at the University of Liverpool claimed recently that health begins to deteriorate within a fortnight of living a ‘couch potato’ lifestyle.

They warned that Britons’ increasingly inactive lives could damage their health in the long term, potentially leading to serious conditions such as type 2 diabetes, heart disease and strokes.

But the good news is the ill-effects can easily be reversed with simple steps like taking the stairs instead of the lift and getting off the bus a stop early.