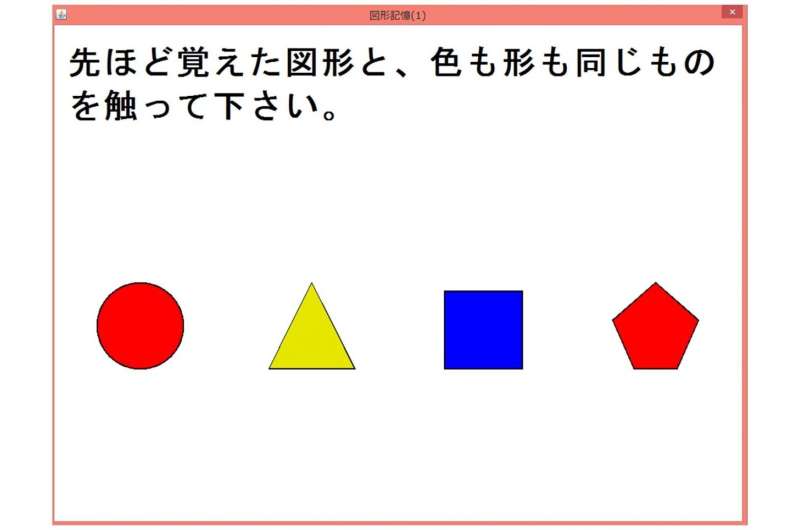 As the global population ages, the rate of dementia is increasing worldwide. Given that early detection is critical for treatment, effective ways to screen for dementia are a high research priority. Now, researchers from Japan have developed a new screening tool that can be administered in a matter of minutes.

In a study published in PLOS ONE, researchers from Kanazawa University have revealed a new computerized cognitive test, termed the computerized assessment battery for cognition (C-ABC), which they found to be effective in screening for both dementia and mild cognitive impairment (MCI) in just 5 minutes.

Computerized cognitive tests are frequently chosen over paper-and-pencil versions because they are more precise and do not require training to administer. However, computerized cognitive tests for dementia and MCI generally take 10-30 minutes to complete. Further, the wide range of existing tests can make it difficult for healthcare practitioners to choose one that is suitable for detecting dementia or MCI. The researchers at Kanazawa University aimed to address this by creating a test that could be used to accurately and efficiently screen for both conditions.

“Although patients with dementia usually have disorientation and severe memory disturbance, those with MCI and those with normal cognition rarely have both,” says co-lead author of the study Moeko Noguchi-Shinohara. “We wanted to develop a test that could distinguish these cognitive states in an efficient manner.” 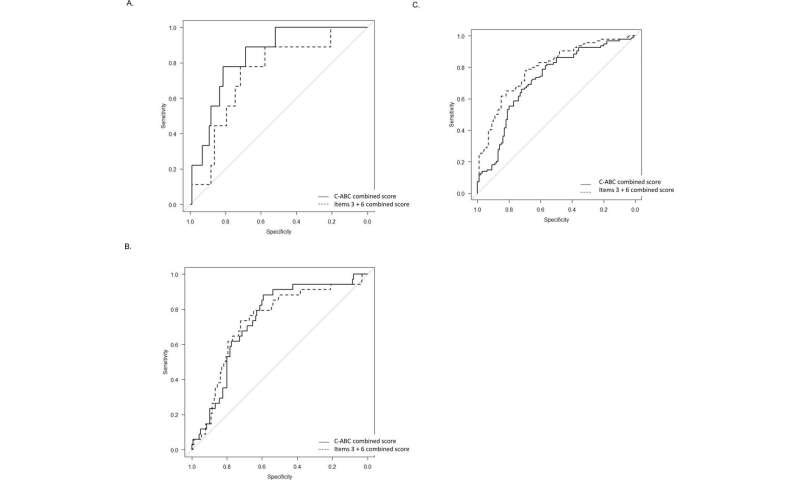 To do this, the researchers collected C-ABC scores from participants in different age groups (50s, 60s, and those aged 70-85 years) with dementia, MCI, and normal cognition. They then conducted a range of statistical tests to determine whether the test could distinguish normal cognition, dementia, and MCI.

“The results were surprising,” explains Masahito Yamada, senior author. “We found that the C-ABC could distinguish individuals with MCI from those with normal cognition using scores from items that only took 5 minutes to complete.”

In fact, in the 75-80 age group, answers from just two questions could distinguish participants with MCI from those with normal cognition, and these two items took just 2 minutes to complete.

“When we compared our C-ABS scores with those from the frequently used Mini-Mental State Examination (MMSE), we found a high correlation. However, the C-ABC is substantially faster to complete than the MMSE, and may be more sensitive to MCI or mild dementia,” says Yamada.