People who guzzle sugary drinks may have an increased risk of cancer, new research suggests.

Drinking almost 200 millilitres of sugar-sweetened drinks and fruit juice a day has been linked to an 18 per cent increased cancer risk, according to the French study of more than 100,000 people. 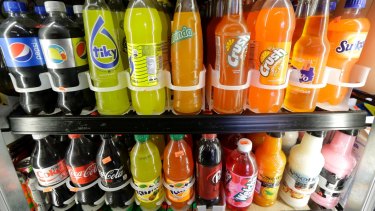 People who regularly consumer sugary drinks may have an increased risk of cancer.Credit:Jeff Chiu

The findings did not establish a causal link between sugary drinks and cancer but the researchers suggested cutting down on the beverages could reduce the number of cancers at a population level.

Over the past several decades, rising numbers of people worldwide have been consuming sugary drinks linked to obesity (a major risk factor for cancer) as well as diabetes and cardiovascular disease.

More than one in three Australians (36 per cent) consume sugar-sweetened drinks at least once per week, according to the Australian Bureau of Statistics.

The researchers assessed their risk for all types of cancer, as well as some specific types, including breast, colon and prostate cancer and adjusted for several confounding risk factors, including age, sex, educational level, family history, smoking and physical activity levels.

Of the 2,193 cancers recorded during the decade-long study, 693 were breast cancers, 291 were prostate cancers and 166 were colorectal cancers.

When researchers divided the cohort into those who drank fruit juices and those who drank other sweet drinks, both groups were also linked with a higher risk of overall cancer. 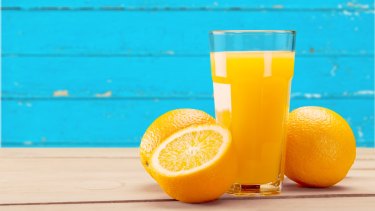 The researchers looked at the consumption of soft drink as well as fruit juice.

While obesity and weight gain played a role in the cancer link, it did not explain the entire association, the researchers said.

They hypothesised the effects of the high sugar content on blood sugar levels was a likely factor, as well as the additives used to give the beverages their colours.

The World Health Organisation recommends people should limit their daily intake of sugar to less than 10 per cent of their total energy intake, but a further reduction to below 5 per cent (or about 25 grams a day) would be healthier.

The results backed similar Australian research and built on a growing body of evidence that the high levels of sugar in these drinks were contributing to cancer and other chronic diseases.

A study from the Cancer Council Victoria and the University of Melbourne also found the more sugary drinks participants consumed, the greater their risk of cancer.

The Obesity Policy Coalition is urging the Australian government to regulate the marketing and availability of the drinks.

"Young people drink more of these drinks than anyone else and corporations have created this demand, and continue to bombard them with marketing on TV, social media and public transport."

She said a 20 per cent tax on sugary beverages would deter people from the "cheap and very unhealthy drinks".

"Funds raised could be used to promote healthy eating in our community, in time reducing the cancer burden and associated health costs," she said.

Britain, Belgium, France, Hungary and Mexico, have introduced – or are about to introduce – taxes on sugar as public health imperatives.

Amelia Lake, a public health nutrition expert at Teesside University in the UK, said while the French study did not offer a definitive causative answer about sugar and cancer, "it did add to the overall picture of the importance of the current drive to reduce our sugar intake".

"The message from the totality of evidence on excess sugar consumption and various health outcomes is clear – reducing the amount of sugar in our diet is extremely important," she said.