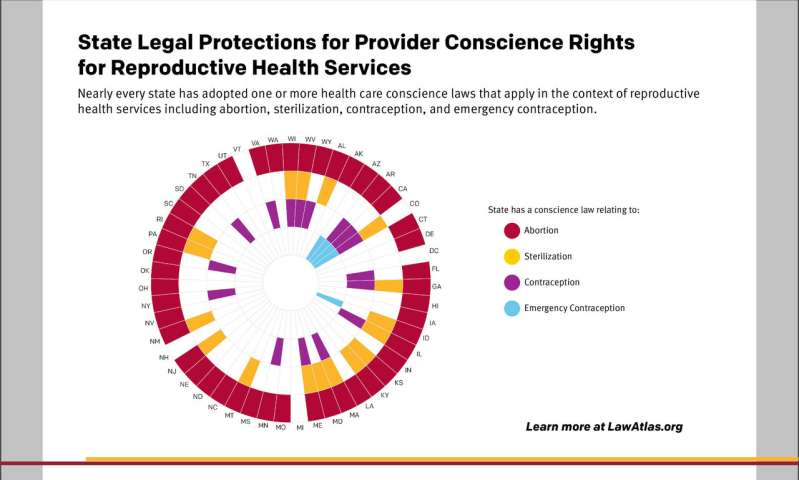 New data published today to LawAtlas.org explores the complexities of state laws that protect health care providers who refuse to provide reproductive health services, including abortion, sterilization, contraception, and emergency contraception because the service goes against their conscientious beliefs.

While conscience protections exist for reproductive services nationwide, they are far more prevalent for abortion: 46 states have conscience laws establishing protections for health care providers who refuse to participate in an abortion, according to the data released today.

The new research by Nadia N. Sawicki, Georgia Reithal Professor of Law and academic director of the Beazley Institute for Health Law & Policy at Loyola University Chicago, is the first of its kind, and focuses specifically on the precise legal protections for those who decline to provide medical services that violate their deeply-held conscientious beliefs.

The data also explore protections in the law for patients—particularly in the case of malpractice and for those facing a provider’s refusal during a medical emergency. It also reviews protections related to a patients’ rights to informed consent regarding legal and medically appropriate procedures that individual providers may not be willing to offer. 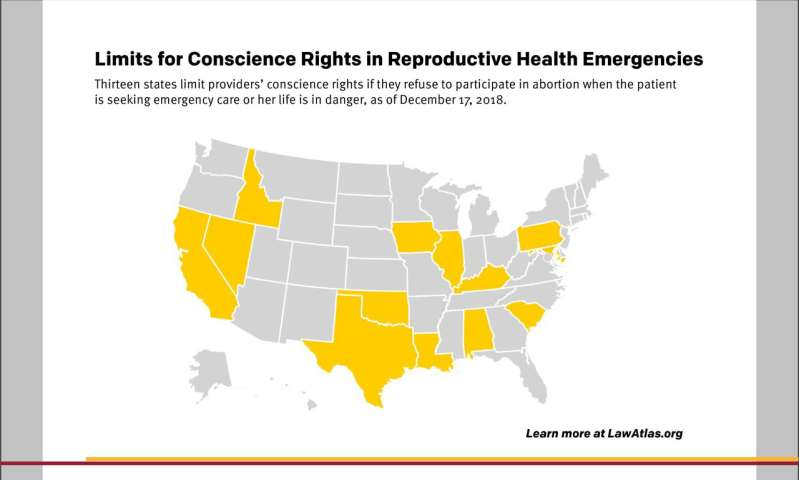 Protections for patients are generally more limited than those for providers: 13 states limit providers’ conscience rights if they refuse to participate in abortion when the patient is seeking emergency care or her life is in danger.

Illinois is the only state with abortion-specific conscience laws that explicitly require a refusing provider to inform their patient that abortion may be a medically appropriate treatment option. In most states, a patient who is injured as a result of a provider’s refusal is prohibited from suing for malpractice to recover damages.

“Our goal is to create an opportunity for further policy discussion about the scope of health care conscience laws, and the various types of legal protections that might be offered to health care providers and patients,” Sawicki said. “We also hope these data will support opportunities for future research about how these laws may impact patient health and their ability to seek damages should they be injured as a result of being denied care under one of these laws.” 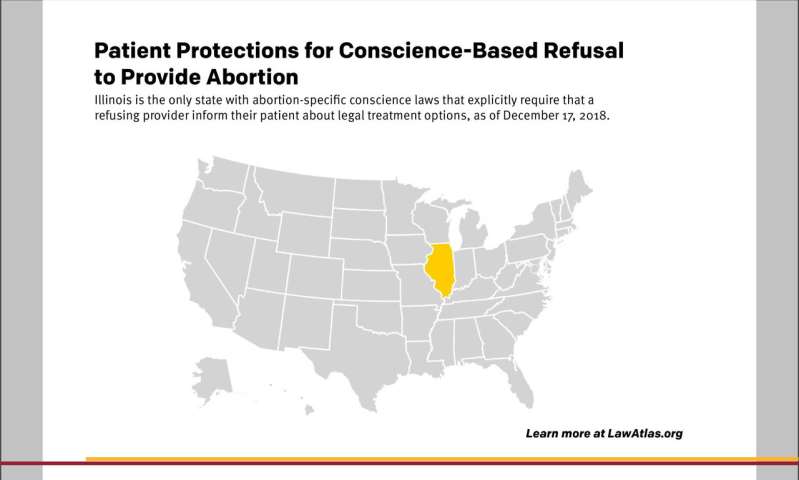 Sawicki has also published an article reviewing the data and their findings. The article will be released in California Law Review in 2020, but is available ahead of publication.