Home » Health News » What is a kangatarian?

Love Island Australia premiered last night. For those not in the know, Love Island is basically Bachelor in Paradise but hotter, and with less of a personality.

If Bachelor in Paradise is televised eHarmony, Love Island is televised Tinder… on a European Contiki tour over the July uni break, during a bodybuilding competition. 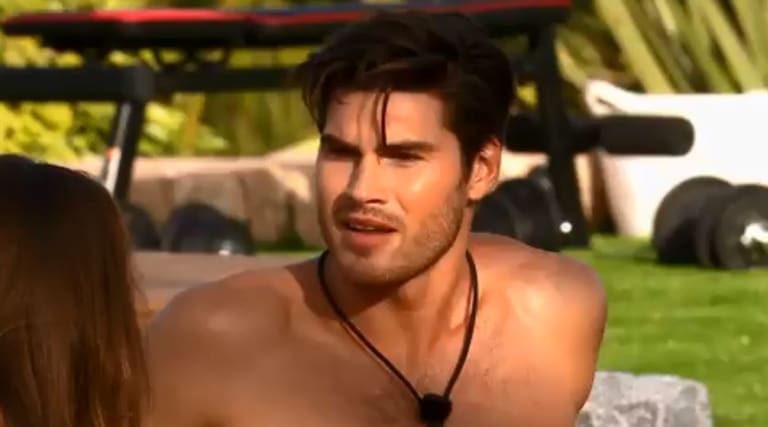 Justin from Love Island is a kangatarian.

No one wears more than their swimmers or does anything other than laze around a pool or work out. The action is slow – the ad breaks, a roll call of weight loss supplements, provide some plot for those who require it – and the conversation is inane.

So, it was really quite unexpected that last night's episode would involve an interesting discussion of the intersection between dietetics and consumerism.

Newly formed couple Millie, a vet nursing student, and Justin, a model, were lounging around when Millie decided to talk to Justin about her love of animals.

"Like, I'm [a] very, very 'animal warrior' person," she said, in a statement difficult to transcribe in a manner close to grammatically correct. "Like, I'll see a pigeon that's struggling, and I'll take it to the vet."

(An aside: is kidnapping distressed pigeons beautiful?)

"Yeah? I don't know. Some people find it a bit weird when I'm running around Manly trying to catch a pigeon in a box."

"Are you vegan?" Justin interjected.

And here's the line everyone is talking about today.

"I used to be kangatarian, so I know what you mean," Justin said. "So I used to only eat kangaroo and fish. Because kangaroos aren't farmed."

It turns out that being a kangatarian is basically what Justin described: a person who eats a vegetarian diet, with the exception of kangaroo meat. (So, he was taking a bit of creative license with the fish bit.)

The term hit peak popularity in 2010, when a Sydney Morning Herald article described kangatarians as "a new semi-vegetarian wave emerging in Australia".

Dietitian Dr Kate Marsh says that she has heard of "kangatarians" before, although she has never come across one in practice.

"Nutritionally, kangaroo is very lean and is still a good source of protein and iron," she says, adding that kangaroo steak is a better source of iron than most other red meats.

Kangaroo meat is often distinguished from other forms of meat as being better for the environment, but a 2015 study somewhat dispelled this, finding kangaroos produce as much methane as horses.

However, Justin is correct in that kangaroos are not farmed for their meat.

Despite initially hitting the food fad scene nearly a decade ago, kangatarians do appear to have retained some relevance. "Kangatarian" was the Australia and New Zealand's Oxford University Press' "word of the month" in June 2017.