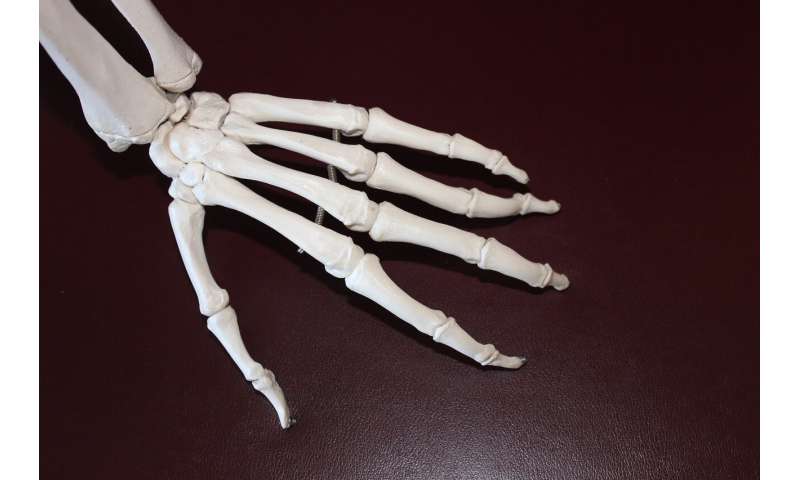 Opioids work against severe pain but the risks of side effects and addiction are high. In the U.S. alone, 26 people die every day from overdoses. Now researchers in an international collaboration have investigated how common opioid prescriptions are for osteoarthritis patients in Sweden. It emerged that every fourth patient was prescribed opioids at some point between November 2014 and October 2015.

“The results show an alarmingly high rate of opioid prescriptions for osteoarthritis patients,” says Martin Englund, professor at Lund University and physician at Skåne University Hospital who led the study in collaboration with researchers from Denmark and the United Kingdom.

The researchers based their research on the population registry in southern Sweden of people who were at least 35 years old (a total of 751 579 people) and who had received a diagnosis of knee or hip osteoarthritis at some point during 1998-2015 (a total of 82 379 people). With the help of data from the Swedish Prescribed Drug Register the researchers were able to see how many of these people were prescribed opioid preparations between 1 November 2014 and 31 October 2015. This was reported to be every fourth osteoarthritis patient (24 percent).

The study also estimated that at least 12 percent of all new opioid prescriptions are given to patients with osteoarthritis. The most frequently prescribed drugs were codeine, tramadol, oxycodone and morphine preparations.

In Sweden there is a tradition of collecting personal data in a register that is connected to the individual’s own personal identification number. Such data is not typically available in most countries.

“In general, a high use, or an increase in the use of opioids among osteoarthritis patients have been reported in the US, Catalonia in Spain and in Australia. But to estimate reliable figures of opioid prescriptions preferably requires careful documentation in registers covering the entire population, and from all levels of health care,” says Martin Englund.