For heroine Offred of The Handmaid's Tale, the trigger was the smell of bread in the kitchen. For Marcel Proust, a miniature sponge cake dipped in tea led to one of the greatest works of French literature. For celebrity chef Maggie Beer, the thought of a childhood feast of golden syrup dumplings made her "whole body smile". 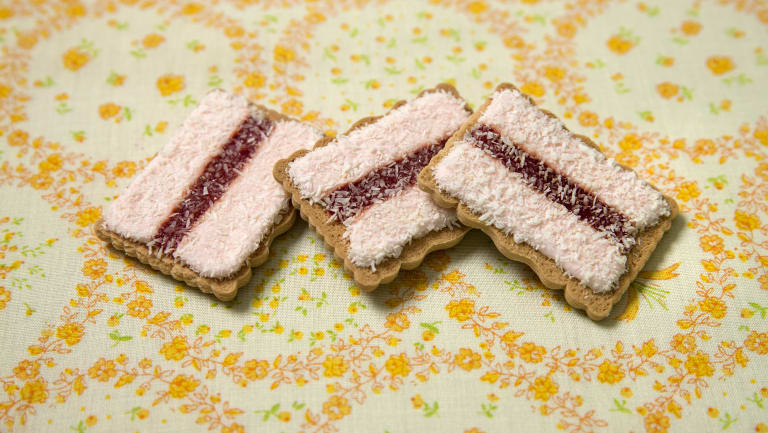 It floods my mind with memories of afternoons of BMX riding and Rubik’s Cubes.

And for you, the sensory trigger could be hot buttered toast, tuck shop fish-and-chips or your nonna's spaghetti and meatballs.

These are all examples of food nostalgia – the powerful link between the sights, tastes and smells of food and your most treasured memories. The food manufacturers know it. And they exploit it, tapping into the delicate interplay between sense and memory to sell the taste of your childhood back to you.

"Search for websites with the word 'candy' combined with 'vintage', 'retro', or 'nostalgia', and it becomes readily apparent that many people use candy as a pathway to the past," wrote John S. Allen, author of The Omnivorous Mind: Our Evolving Relationship with Food.

His own experience with a Bit-OHoney candy bar – an American sticky taffy treat he had not eaten in close to four decades – took him right back to his childhood.

"In an instant, I was transported back in time to the back seat of my parents' car, looking out the window at the apparently endless rows of corn stalks that passed by for hour after hour as we drove down highways and interstates," he wrote.

I was reminded of the phenomenon of food nostalgia with the news that the iconic Violet Crumble is once again in Australian hands. Biting into that honeycomb teleports me right back to my youth in the '70s and '80s.

It floods my mind with memories of afternoons of BMX riding and Rubik's Cubes; of Super Mario and Cabbage Patch Kids; of picnics at the beach; of Pac-Man and Prince. It sends me to a world of the Polly Waffle, the Chokito, the Chomp, the politically insensitive Fags (now Fads) and Redskins, the Bertie Beetles we always ate (and still do) at the Sydney Easter Show.

My wife had her own food journey courtesy of an Iced VoVo. Born in Australia but spending her teens and early 20s in the US, she was plunged back to her youth upon her return to Australia courtesy of a single raspberry-infused VoVo bite. Memories of childhood came rushing back, of her playing on the swings in her father's backyard, of eating Wagon Wheels "as big as your hand".

Yet when our food memory systems are out of sync – when the foodmemory formula is tampered with – then our sensibilities revolt.

Woolworths drew the ire of the internet when some stores started stocking hot cross buns two days after Christmas. And "Is Cadbury's new block awesome or evil?" asked The Guardian of the 2015 release of Vegemite chocolate, which sold 1.2 million blocks in three weeks.

Arnott's and Peters are hoping to be on a winner with the new flavour Drumstick, Sweet and Salty Cracker, inspired by Jatz crackers.

"The new flavour also taps into the sweet and salty trend that is hugely popular among Millennials," said Peters' head of marketing, Alicia Munday.

These "limited edition" flavours are not expected to last the distance, unlike New Coke, CocaCola's response to the rise of rival Pepsi in 1985.

But that new flavour was one of the worst marketing decisions of all time. Some felt as if they had lost an old friend. Others compared it to a death in the family

The grief went beyond the alleged "great new taste": Coca-Cola was playing with the memories of consumers who had formed many of their early experiences with an icy-cold can of Coke in their hands. The return of the classic Coke a few months later was hailed like the Second Coming among the cola faithful.

The quest to pair the tangy taste of nostalgia with the zest of "the new" is often doomed to failure. Because it's not just about the taste. It's about the memories.